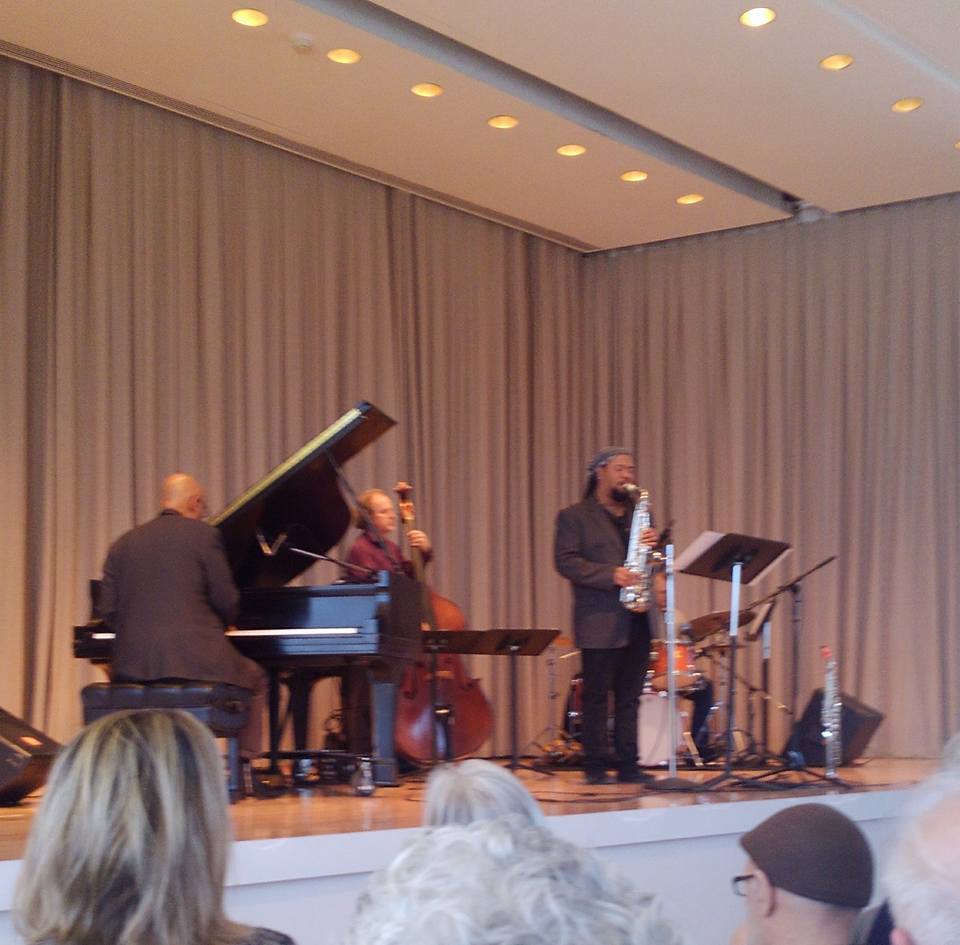 The arrival of fall and November is an annual reminder that the kick-off concert for the Art of Jazz Series at the Albright-Knox Art Gallery is right around the corner.  This year, the series kicks off with the Sullivan Fortner Trio on Nov. 17th.  Both artists and audience patrons alike have commented on how an Art of Jazz Series concert is one of the most uniquely stellar live jazz experiences in North America.  With the series entering its 19th season and now well-established as the most successful jazz series of its kind in Western New York history, JazzBuffalo* checks in with series founder and producer Bruce Eaton to catch up on the series and what lies ahead for the 2018-19 season.

JazzBuffalo: Nineteen seasons for a jazz series is a success by any measure. To what do you attribute this success?

Eaton:  I think it comes down to several factors – the first being the artists we present.  We go all-out to feature a really diverse mix of the best jazz artists in the world – from established legends to the future stars who will carry the music ahead for decades. These are the same artists that headline the biggest clubs and festivals in the world. If you’ve been a regular patron of the series, you’ve seen a number of artists like Gregory Porter, Cecile McLorin Salvant, The Bad Plus, Jason Moran, Vijay Iyer, and Maria Schneider who were all virtual unknowns when they played here and have since gone on to have huge careers with multiple Grammy wins and jazz awards.  But then we balance the new artists with established big names in the jazz world – Charles Lloyd, Bill Frisell, Dave Holland, Monty Alexander, and Jim Hall to name just a few.  And we present artists from around the world – South America, the Caribbean, and Europe most notably – who you might never otherwise see in Buffalo outside of the Art of Jazz Series.  Our upcoming season is going to conclude in April with Colombian jazz harpist Edmar Castaneda.  He will absolutely blow peoples’ minds.  It’s astounding how much great jazz is being made around the world and we try our best to bring a taste of it here each season.

JazzBuffalo: Each year the series seems to present an established jazz artist with a real “wow” factor – like, if you’re a jazz fan, you have to get really excited about seeing an artist like Charles Lloyd in such an intimate venue. 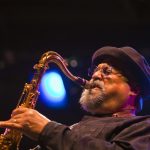 Eaton: We’ve tried to do that every season.  This year we actually have two headliners – Joe Lovano (1/27/19) and Carla Bley (3/17/19) – who fall into the “legends” category.  This will be Lovano’s first area concert in over twenty years.  I still haven’t found someone who can recall when Bley’s last area performance was. One factor that really helps us on that front is that as the reputation of the series and the venue has spread throughout the international jazz community, we have a growing list of artists who really want to play at the Albright-Knox.  We’ve had a number of artists tell us that the Albright-Knox is one of the best venues for live jazz in North America.  And they also tell their fellow artists.

JazzBuffalo:  What is it about the Albright-Knox Art Gallery and the auditorium that makes it special for the artists? 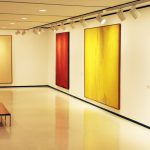 Eaton:  Well, just for starters, the Albright-Knox itself.  The building.  The art collection. The history.  Jazz artists tend to be very interested in the visual arts and from the moment they walk in the door of the AKG, they know they’re in a special place.  They want to soak up as much of the collection as they can while they’re there.  The musicians can be very much inspired by the art.  The auditorium itself is such a beautiful room for live jazz.  The acoustics, sight lines, architecture – they all are key ingredients that make for a great live performance.

JazzBuffalo:  The audience at a series concert are thoroughly engaged as the concert is happening. How have you noticed artists responding to or commenting on the audience?

Eaton:  Our audience is indeed a big factor in the success of the series.  Some years ago, saxophonist David Liebman remarked after a particularly inspired performance that the Albright-Knox audience was like a European audience.  “We don’t get that often in North America,” he told me.  When I asked him to explain, he said he could feel the respect and support from the crowd and it freed the band to explore the music wherever it took them.  When the artists feel a high level of support from the audience, it opens the door to a superb performance that you probably don’t get in a venue where people are talking or otherwise distracted.

JazzBuffalo: How much of a factor is the central location of the Albright-Knox Art Gallery to the success of the series?

Eaton:  Absolutely a big factor.  Venue location is key for the jazz audience and people are very familiar with the Albright-Knox Art Gallery whether they live in Buffalo or the suburbs or even beyond.  A significant part of our audience is from Ontario.  Parking is easy.  You can have a great meal in the cafe before the concert or enjoy a cocktail afterward. As far as value for your entertainment dollars, the Art of Jazz concerts is hard to beat.  For example, last season the Billy Childs Quartet performed just a few weeks after they’d won the Grammy for Best Jazz Instrumental Performance and right before they headlined at the Jazz Standard in New York.  The audience caught them right when they were at the peak of the jazz world and it was an electric performance, all for a ticket price that’s probably less than the “convenience fee” for most pop or rock concerts.

JazzBuffalo:  Do you have any advice for someone who hasn’t yet been to an Art of Jazz concert?

Eaton: Certainly. You don’t need to be familiar with jazz to enjoy the experience. In fact, a number of our most dedicated patrons weren’t even jazz fans when they attended their first Art of Jazz concert.  If you’re a music fan, there’s definitely concerts each year that you’ll really enjoy.

JazzBuffalo:  Where would be a good place to start this season?

Eaton:  Actually, our first concert of the year – the Sullivan Fortner Trio on Nov. 17th – would make a great introduction.  Sullivan is one of those players that no matter what type of music you like – jazz, gospel, soul –  you’re going to love him in performance.  Sullivan’s a rapidly rising star –  he was quite a presence on Paul Simon’s recent album and has been touring the world in a duo setting with Cecile McClorin Salvant.  People who come to the show will be able to say “I saw him back when” in the not too distant future.

(*Art of Jazz is produced by Bruce Eaton in association with Tony Zambito and organized by the Albright-Knox Art Gallery. It is supported by Hunt Real Estate.)