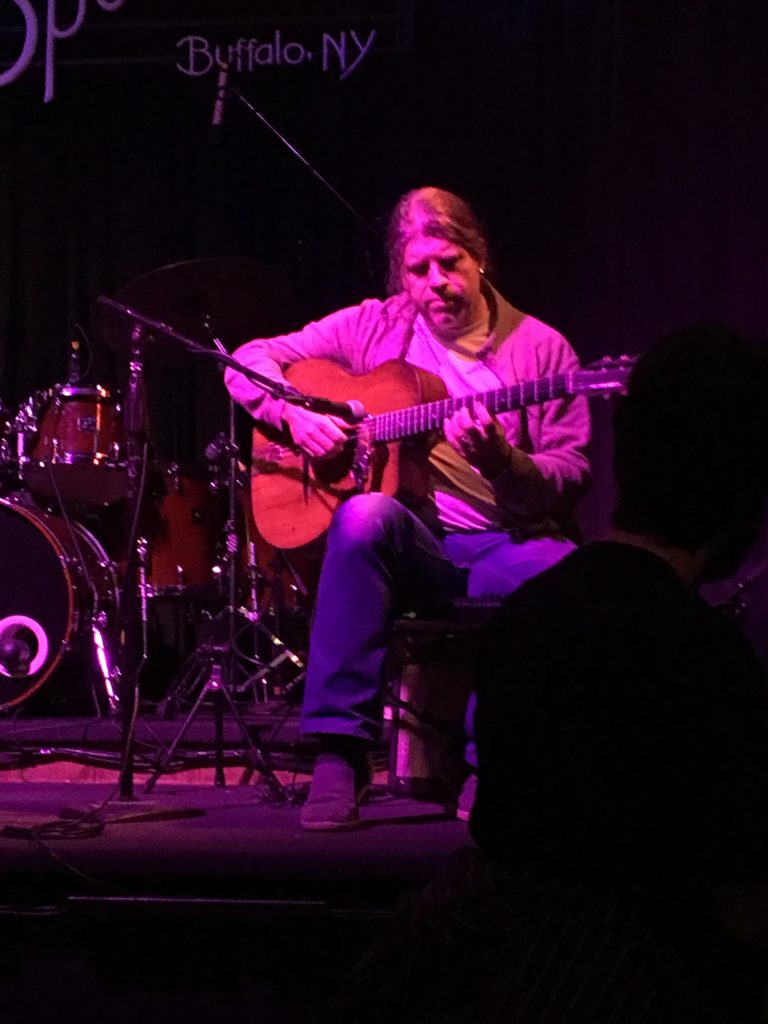 For many beyond the loyal enthusiast fans of gypsy jazz guitarist Stephane Wrembel, they may have not known that they were already familiar with his music.  Most are familiar with Woody Allen’s hit film, Midnight in Paris.  The beautiful music in that film is that of Stephane Wrembel.  And, he put his passion for Django Reinhardt and gypsy jazz on display last night at the Sportsmen Tavern to a full house.

The audience was warmed up in the spirit of gypsy jazz by an exciting opening performance by The Hot Club of Buffalo.  Whose engaging originals and respect for Django Reinhardt music have earned them legions of fans in the area.  Wrembel joined the band for a joint performance also – to the delight of fans of both groups.  The audience was certainly then ready when Stephane Wrembel climbed on stage to open up his show with a solo endeavor before bringing the rest of the band up.  The audience was so excited, in fact, Stephane had to get their attention to concentrate – as he put it – and he did. 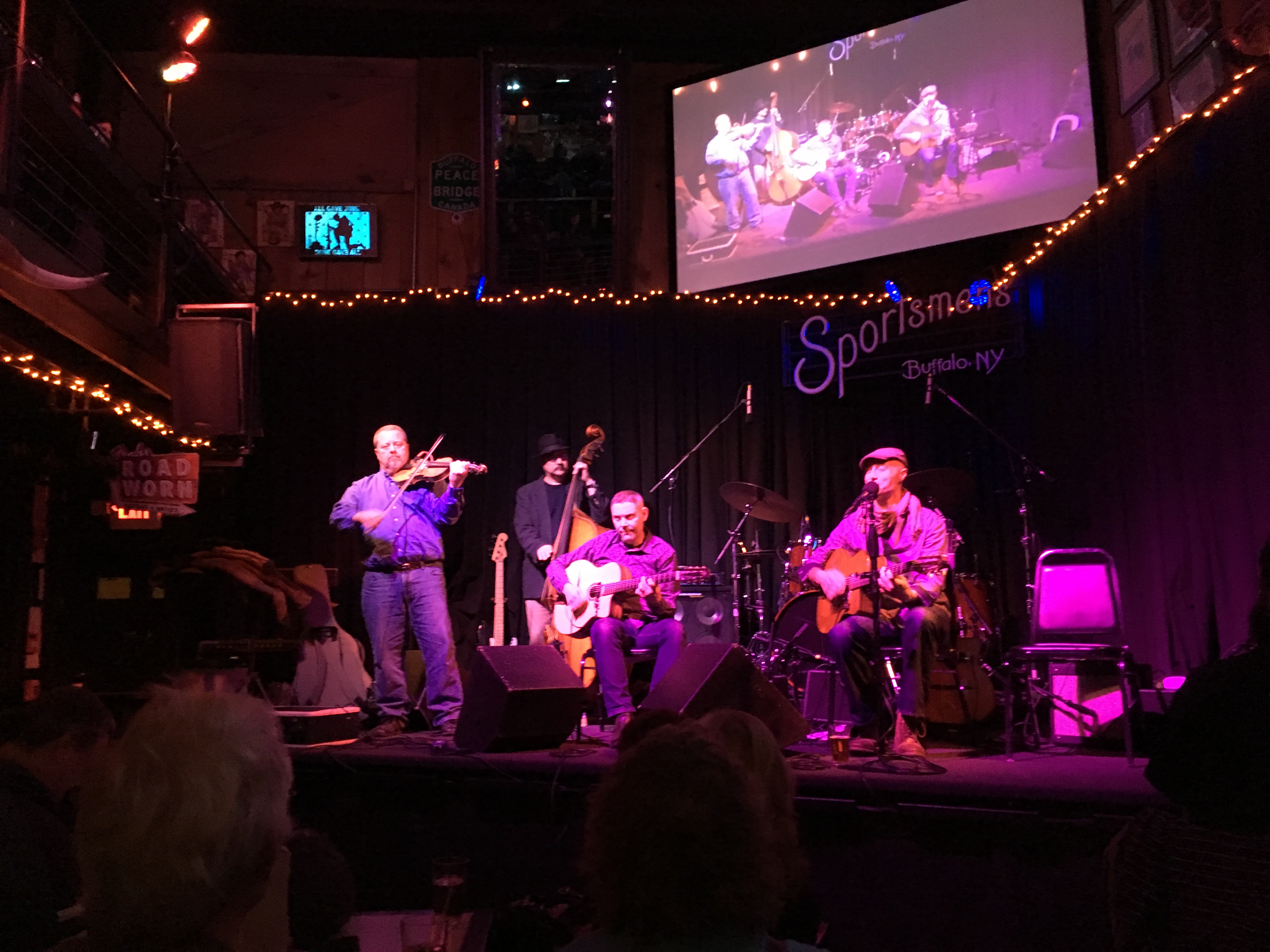 Wrembel opened up with what he called the “jewels” of Django Reinhardt.  Three compositions, written by Reinhardt from the period of 1934 to 1935, were introduced.  Compositions that have not been recorded or are rarely, if ever, performed live Wrembel noted.  The compositions, simply entitled Improvisation 1, Improvisation 2, and Improvisation 3 were exquisitely revealed.  They put on display the stunning intricacies of the gypsy jazz genre at its origins and also allowed the audience to see an international master gypsy jazz guitarist at his craft.  Rare at the Sportsmen Tavern, the audience remained in rapt attention and simply in awe of what was revealed.

Afterward, Wrembel called his band to the stage.   The band featured guitarist Thor Jensen, bassist Ari Folman Cohen, and drummer Nick Anderson.  The chemistry between the band and Wrembel is a seamless extension of Wrembel’s passionate vision for presenting music steep in the tradition of Django Reinhardt.  The band performed works from their works entitled The Django Experiment Series.  With Wrembel announcing another release in January of 2019. 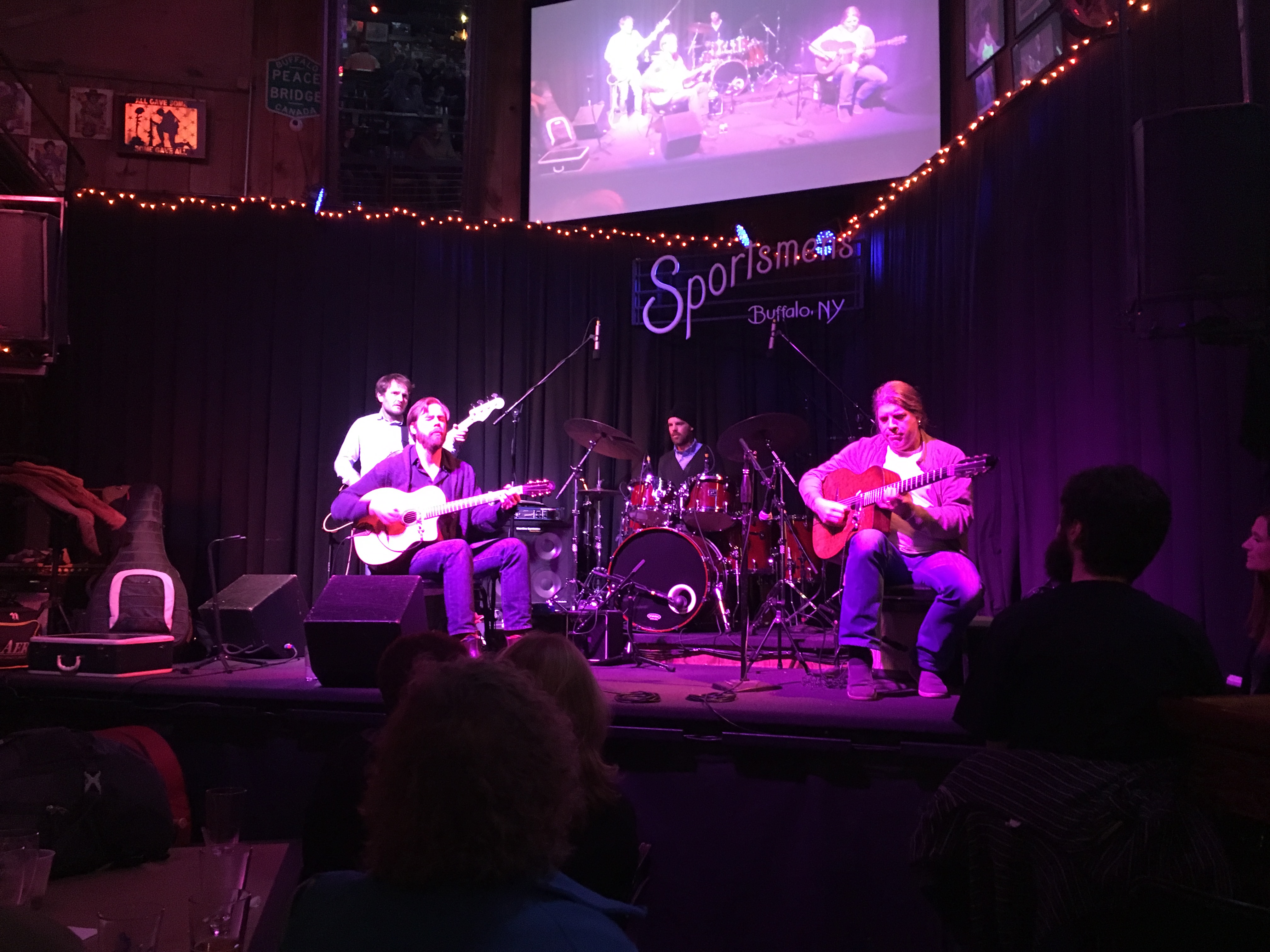 The band puts a modern touch on the music of gypsy jazz, evidenced by the use of an electric bass versus an upright bass.  The band’s artistry is uplifting, melodic, and a masterful display of being one with the intended spirit of gypsy jazz.  Their immense talent did not overwhelm each member but came through as a force of togetherness.  Jensen and Wrembel are perfect complements to each other in the contrasting styles that are integral to gypsy jazz.  Their closing song, the traditional Dark Eyes, put their mastery of this style on display for all to see and hear.

The Buffalo area needs more of Stephane Wrembel.  A gifted artist who gives us the gift of a jewel of a different kind.  A concert by a master gypsy jazz guitarist that transports us to a beloved era that gave the gift of Django Reinhardt to the world.