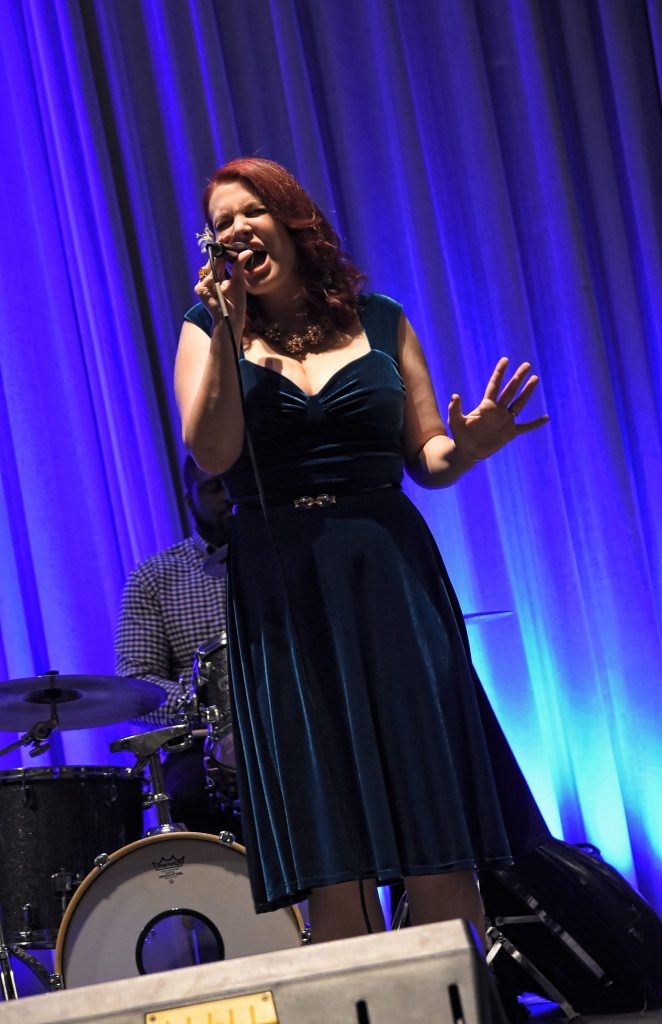 Tia Brazda came to Buffalo and brought with her the unique sassy and jazz-pop entertainment that has made her a hit in Canada.  Her voice echoes the past with shades of Billie Holiday and currently with the stylistic semblance to Madeline Peyroux.  Joining singers like Cyrille Aimee and others who can do “retro” well.  Brazda was backed by an ensemble that brought a tempered swing to both sets of originals and inventive arrangements.

Tia’s rendition of Pennies From Heaven, accompanied by just a guitarist, opened up the second set.  It was an example of a tune where a singer’s ability to recraft it into a style uniquely her own works very well.  Brazda performed many of her hits that have received airplay on Jazz FM 91 out of Toronto.  No doubt, many in the audience were out to see and hear her because of their familiarity via airplay from Toronto’s jazz radio station.

Throughout the evening, Brazda engaged the audience in her charming way.  Upping the tempo at the right moments.  Adding to the show and the ensemble were Buffalo’s own Tim Webb on drums and Dalton Sharp on sax as they accompanied Brazda’s regular touring ensemble.

One thing was certain.  She has loyal fans in our region and she most certainly picked many more in the large audience who attended.

If you could not make the concert, check her out at tiabrazda.com