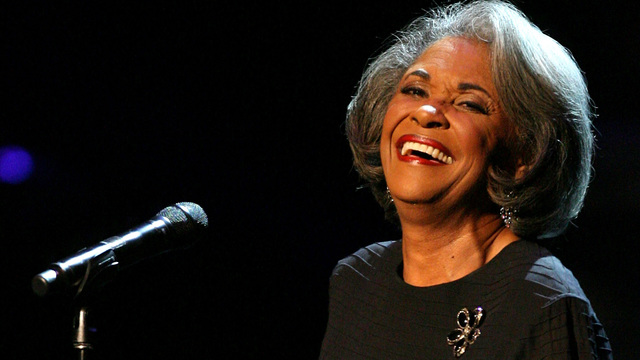 The Associated Press and other news sources have reported that Grammy-winning jazz and pop singer Nancy Wilson has died.  According to manager Devra Hall Levy, Wilson died peacefully at her home in Pioneertown, a California desert community near Joshua Tree National Park.

Her manager Devra Hall Levy stated Wilson died late Thursday night at the age of 81.  Nancy Wilson retired from performing and touring in 2011 and since endured a long illness.

Influenced by Dinah Washington, Nat “King” Cole and other stars, Wilson covered everything from jazz standards to “Little Green Apples” and in the 1960s alone released eight albums that reached the top 20 on Billboard’s pop charts.

Sometimes elegant and understated, or quick and conversational, she was best known for such songs as her breakthrough “Guess Who I Saw Today” and the 1964 hit “(You Don’t Know) How Glad I Am,” which drew upon Broadway, pop and jazz.

As Variety reports: Wilson may be remembered by millions of TV viewers who recall her 1974-75 NBC variety series, “The Nancy Wilson Show,” for which she won an Emmy. She was frequently a guest herself on the variety shows hosted by Carol Burnett, Andy Williams, and Flip Wilson, as well as, acting on “The Cosby Show” and dramatic series like “The F.B.I.” and “Hawaii 5-O.”

Wilson recorded more than 70 albums and won three Grammy Awards for her recordings. Wilson was labeled a singer of jazz, blues, pop, and R&B.   Wilson also performed as an actress in TV and Movie appearances. The title she preferred, however, was “song stylist”. She received many nicknames including “Sweet Nancy”, “The Baby”, “Fancy Miss Nancy” and “The Girl With the Honey-Coated Voice”.

The National Endowment for the Arts awarded Wilson a “Jazz Masters Fellowship” in 2004 for lifetime achievement.

Nancy Wilson, early in her career, singing her hit You Don’t Know How Glad I Am: