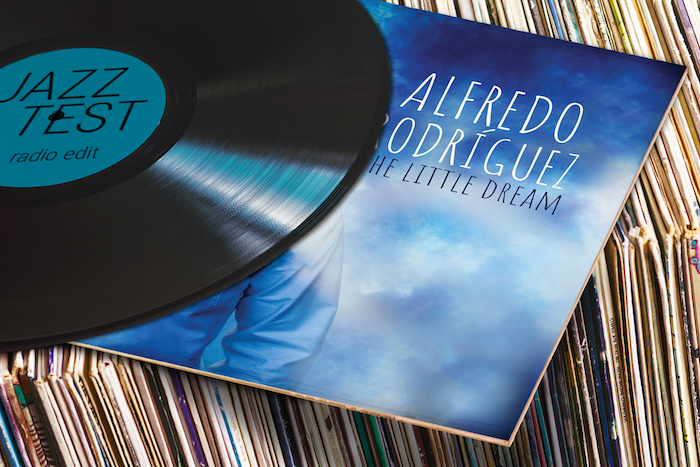 The year 2018 unfolded with a multitude of recordings well-deserving of acclaim.  From the release of lost tracks from John Coltrane to continued excellence by many jazz artists.  In this article, we take a favorite point of view as opposed to a “best of” critic point of view.  There a few favorites, however, that did earn Grammy Nominations.  Exciting new up and coming artists make the list also.

Here we look at jazz albums released in 2018 that found the play button pushed often and offered hours of enjoyable listening:

Two giants from one of the most important jazz fusion bands in history – Return To Forever, Chick Corea and Steve Gadd, come together and create magic one more time.  It is what you would expect – and more.  Familiar yet original.  Favorite tune – Spanish Song:

The saxophonist who has worked prolifically with trumpeter Tom Harrell steps out in front as a leader.  Assembling a driving ensemble of seven musicians, including Jeremy Pelt, for a spiritual album.  Favorite tune – Tears for Carolyn:

The Cuban-born pianist creates an epic album of jazz as artful storytelling that includes some of the best musicians in jazz today.  The story-based approach about the journey of slave Joseph Cinque earned Villafranca a Grammy Nomination.  Favorite tune – Troubled Water Part 3:

What do you get when you pair a rock legend with the top jazz organist in jazz today?  A fun and fantastic album where both create something special and spectacular.  Soul-jazz fans and rock fans both have reason to rejoice.  Favorite tune – Close Enough For Jazz:

Emmet Cohen is one of the finest rising star jazz pianist on the scene today.  His first effort in working with jazz masters was with drummer Jimmy Cobb.  In volume 2, in a trio format, Cohen collaborates with the legend Ron Carter for a fine album.  Favorite tune – Joshua:

Those Were The Days – Jerry Weldon

The fiery long-time saxophonist for the Harry Connick, Jr. Big Band puts together an organ-based trio format plus percussion.  This album is both fun and filled with top quality musicianship that makes for a great listen.  Favorite tune – Love Won’t Let Me Wait:

Both Directions at Once: The Lost Album – John Coltrane Quintet

The discovery and release of these recordings from 1963 were one of the main events of 2018.  We hear the John Coltrane Quintet in its creative stage and reveals John Coltrane exploring and searching on the tune Impressions.   Favorite tune – Untitled 11386 (Take 1):

Is there anyone in jazz today matching the sweeping and epic orchestrations by Kamasi Washington?  There may be but no other artist has swept people off their feet and reached new jazz fans in such a way. This double album is a spiritual force.  Favorite tune – Fist of Fury:

Latin Jazz drummer, composer, arranger does what has been needed for decades – orchestrate the sounds of West Side Story in a form true to Puerto Rican and Latin Jazz music.  The result is a masterpiece featuring an 18-piece band.  The entire musical score is reimagined and it is fantastic.  Earning Sanabria a Grammy Nomination.  Favorite tune – America:

Warfield is a saxophonist with a big sound.  Funky and soulful.  He has not put out an album in five years and this is worth the wait.  The band features Terrell Stafford on trumpet and Warfield’s arrangements of jazz standards are excellent.  Favorite tune – Ode to Billie Joe:

Kenny Barron continues to put out the finest mainstream jazz.  This is an album that blends bebop, hard-bop, and the air of Brazilian music to create another must-have Barron album.  Favorite tune – Aquele Frevo Axe:

Helen Sung presents a poetic and beautiful album.  Sung collaborates with poet Dana Gioia and she weaves together vocals and instrumentation to give a voice to Gioia poetry.   Artistically profound and illuminating it is.  Favorite tune – Pity the Beautiful:

The Sacramento-based singer Vivian Lee may not be well known but should be.  Her voice is exquisite and classy.  Her vocals shine on a nice selection of swinging standards and ballads.  Favorite tune – Wives and Lovers:

The Israeli-based saxophonist puts together a fine tribute to the classic Hank Mobley album.  Keeping true to the spirit of the album that ranks as one of the best in jazz history.  The album also features Thelonious Monk Institute Piano Competition winner Tom Oren.  Favorite tune – If I Should Lose You:

Leon On Me – José James

José James is a stylistic vocalist taking on challenging projects.  Here, he pays tribute to Bill Withers and it is a genre-bending album that is a great listen for a wide range of listeners.  Favorite tune – Ain’t No Sunshine:

Then And Now – Benny Green

The jazz master pianist pairs with the rising star jazz vocalist Veronica Swift for an exceptional album.  Green leaves the confines of the trio on some tunes and Swift is magical.  Favorite tune –Humphrey:

This special album has Rodriquez in a trio setting.  Co-producer is Quincy Jones, his mentor he began a relationship with more than a dozen years ago.  The room afforded to Rodriquez results in a breathtaking journey of music and sound.  Favorite tune – Dawn:

The 22 years old west coast pianist launches an impressive debut on Mack Records.  Classically trained, she began her forays into jazz at the age of seventeen.  Han delivers an inspiring modern album that pays tribute to tradition. A promising future as a pianist, composer, and arranger.  Favorite tune – Crime Zone:

The trumpeter influenced by Miles Davis and Herbie Hancock puts together a straight-ahead album with funky grooves.  Henderson reaches back to cool sounds indeed that has a ‘70’s feel to them.  This one never tires – a great listen.  Favorite tune – Be Cool:

In the crowded field of female jazz vocalists, it must be awfully hard to get noticed.   The New York-based vocalist has a unique quality to her vocals evoking the intimate jazz club mood. The album has a mix of standards and originals Allen works into her own interpretations – and gets her noticed.  Nice to hear a vocalist metaphorically spread her wings.  Favorite tune – In My Web:

The Brazilian pianist presents an album that embodies originals written about her journey from her home in Brazil to New York City.  Hence, the title Mixed Feelings is about her amazing path that included meeting Maria Schneider.  Schneider guided her journey with recommendations that led to studying with Mulgrew Miller.  This album is an outgrowth of her experiences and it is rich with Brazilian influenced compositions that inspire.  Favorite tune – Mixed Feelings:

A Day In The Life: Impressions Of Pepper: Various Artist

The Verve Record Label brings together various jazz artists such as Antonio Sanchez, Mary Halvorsen, Joel Ross, and Makaya McCraven and challenges them to reimagine the iconic Sgt. Pepper’s Lonely Hearts Club Band album by the Beatles.  It somehow works as each artist reimagines to an astonishing degree.  Favorite tune – Lucy In The Sky With Diamonds:

For any jazz musician, tackling the music of McCoy Tyner is a daunting project.  There is a high degree of vulnerability as an artist will open themselves up to both praise and criticism.  The Venezuela-born jazz pianist, Benito Gonzalez, meets the challenge with drummer Gerry Gibbs head-on and creates a powerful interpretation of Tyner’s music.   The music is full of energy with modern overdubbing percussions by Gibbs.  Gonzalez exhibits a true passionate reverence for Tyner’s unmistakable style, which is displayed in assertive runs.  The album contains both Tyner compositions and three original compositions in the spirit of Tyner.  An outstanding album that is part reverence, art, and musicianship.  Favorite tune – Fly with the Wind:

The tenor saxophonist, thus far, is well known for his Coltrane-inspired approach to his music.  His first three albums are characterized by intensity and hard-driving exploration of sound.  Here, Allen takes a different turn and produces a beautiful album of ballads.  His sax sound is rich and soothing.  The ballads isolating his terrific musicality.  An enjoyable listen.  Turn on the fireplace and have a glass of wine.  Favorite tune – Stranger in Paradise:

The above were the favorites of JazzBuffalo for the year 2018.  A tremendous year of a resurgence in jazz on a global scale.  Please comment below and tell us your favorites for 2018.