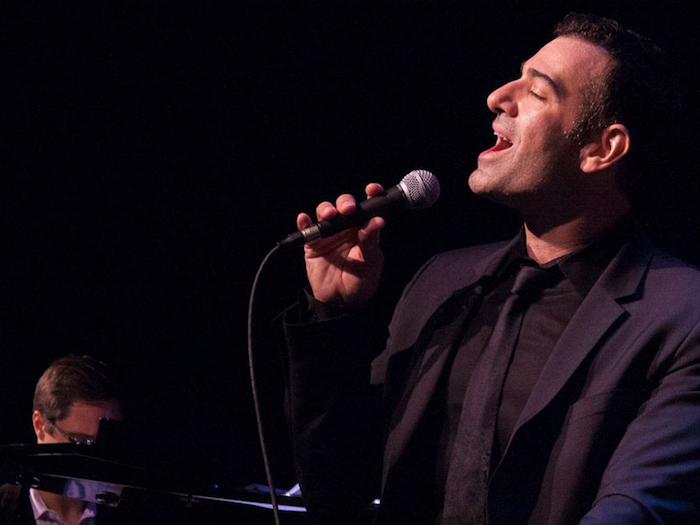 Paul Marinaro had his first exposure to jazz hearing his Father sing for the joy of it, as well as, play jazz albums.  Then, patiently listening to Al Tinney and the singer Dodo at the Anchor Bar on Main Street in downtown Buffalo.   With their encouragement, Paul began to get up on the stage and learn his chops.

Marinaro eventually made his way to Chicago to start his singing adventure as a jazz vocalist.  Today, Paul is one of the most popular jazz vocalists in the Chicago area.  Releasing two albums, performing at the Jazz Showcase in Chicago, the Green Mill in Chicago, Birdland in New York, and at various festivals.

While at this new found height in his singing ascension, Paul suffered a setback a year ago.  The year 2018 put Paul on the comeback trail.  Who better to describe his setback and comeback than the highly regarded columnist Howard Reich of the Chicago Tribune:

Paul Marinaro’s comeback. One year ago, the singular Chicago singer faced mortal danger: He was rushed into emergency surgery as he went into septic shock, due to perforated diverticulitis. After months of recovery and further surgery, Marinaro regained his strength, rebuilt his instrument and returned to where he belongs, the stage. He recently posted on Facebook that he was “on my way to performance no. 21 in 14 days,” a clear sign that Marinaro is swinging again. He’d be the first to acknowledge that his dramatic comeback owes a great deal to two friends who helped restore him to health: music impresario Celine Peterson and singer Rose Colella, their sacrifices saying a great deal about the nature of community in the world of jazz.

A special story.  That, no doubt, all of the Marinaro family and the fans here and in Chicago can be very thankful for this time of year.

Here is a clip of Paul Marinaro singing – and we are glad he is back with a Devil May Care attitude:

Paul will be appearing in nearby Niagara-On-The-Lake in April of 2019 at the event listed below.  Let us hope we can find him performing back in Buffalo soon! 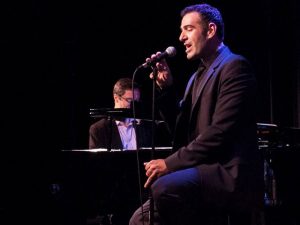