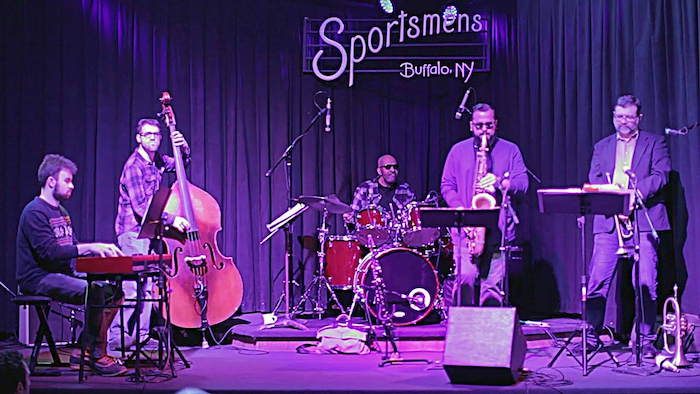 The winners for the 5th Annual JazzBuffalo Poll were announced on Wednesday, February 13th and published on Thursday, February 14th. One of the key trends noted was the maturation of the youth movement in jazz. As is evident by the wins of Ed Croft in three categories. Including Rising Star and the John Hunt Jazz Artist of the Year.

This trend continues as we look at several ies with notable runner-ups. Another strong indication that the expanding variety of jazz and evolving jazz talents are welcomed by audiences.

In the tenor saxophone category, the winner is Dave Schiavone. Runner-up in this category is Nelson Rivera. Rivera has increasingly made his superbly talented presence felt through such groups as the Tim Clarke Soul-Tet. Other notables in the category were Dalton Sharp and Will Holton. Finishing third and fourth respectively.

The alto saxophone continues with Bobby Militello as the winner for the 5th year in a row. The runner-up is Dalton Sharp. Sharp has put time into his development and it shows. His performances at the CMC Jazz Festival, special tribute groups, and with the Jacob Jay/Dalton Sharp Quintet has been outstanding.

In the guitar category, George Kane is the winner. Followed by the versatile classical and jazz guitarist, Drew Azzinaro. One of the most talented guitarists in the region.

In the jazz accompaniment category, runner-up to Bobby Miitello, is E.J. Koeppel. Koeppel accentuates the magnificent sounds of the Hot Club of Buffalo.

The electrib bass category was close with Jerry Livingston the winner. Closely following in order were Jack Kulp, Jennifer May, and Paul Yates.

Runner-up to the Jazz Classic/Be-Bop/Hard Bop category winner, the Bobby Militello Quartet, is the Tim Clarke Soul-Tet. The quintet has continued to evolve into an exciting, dynamic, and soulful band led by Jazz Trumpet of the Year, Tim Clarke.

The Big Band category saw the Ladies First Jazz Big Band receive the most votes. Followed by the Anderson Big Band and the Mark Filsinger Eleven-Tet. All three are stellar big bands.

The Jazz Soul/Funk category is won by the Buffalo Brass Machine. Runner-up is Will Holton and Friends. Holton has become a staple in the jazz scene with his yearly shows and mentoring of other musicians. Also, let’s not forget his appearance at the New Year’s Eve ball drop.

As mentioned, these categories and their runner-ups point to the evolving influction of new and superb talent into the jazz scene in Greater Buffalo. The audiences certainly are noticing and appreciating.

The true winners of the 5th Annual JazzBuffalo Poll are the audiences for jazz. Your continued support and appreciation for America’s original music make for a thriving arts and music community!