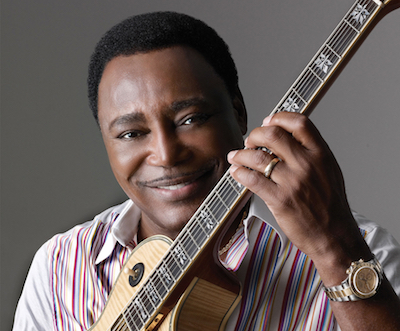 The full line up for the 2019 CGI Rochester International Jazz Festival was announced on Tuesday by the festival producers.  The festival, sponsored by CGI Communications, will run for one week in the Downtown Rochester area from June 21st to June 29th.

As has been an increasing trend in various jazz festivals nationwide, headliners for the festival is a mix of jazz, blues, and pop.  The headliners previously announced include the Steve Gadd Band, Patti LaBelle, Marc Cohn and the Blind Boys of Alabama, Jeff Goldblum and the Mildred Snitzer Orchestra, George Benson, and the Steve Miller Band with Marty Stuart and the Fabulous Superlatives. This same mix also includes free shows featuring The Downchild Blues Band and Dan Aykroyd on opening night, June 21. Other free headliners include Southside Johnny and the Asbury Jukes June 22, The Allman Betts Band June 28 and Trombone Shorty and Orleans Avenue June 29, closing night.

During the week in June, jazz artists will perform in multiple venues throughout Downtown Rochester.  Notable performers include Buffalo native and Chicago-based jazz vocalist Paul Marinaro in a tribute to Nat King Cole.  Other themed performances include Jubilation! The Music of Cannonball Adderley and the Laura Dubin Trio performing the score of West Side Story.

To see the full line and for more information about the festival, as well as, to purchase week-long passes, club passes, and individual concert tickets, visit the festival’s website at  www.rochesterjazz.com.