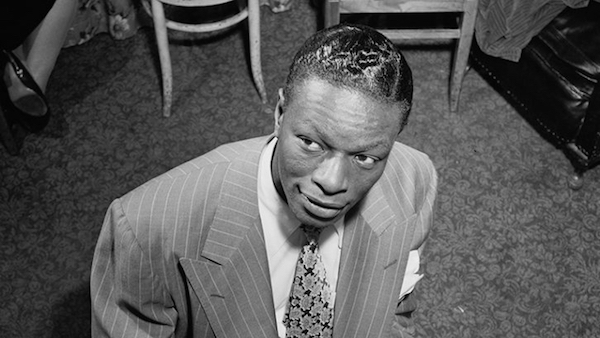 In April of 2001, Jazz Appreciation Month was founded by the Smithsonian National Museum of American History.  The annual celebration shine a light on the heritage and contributions of jazz to American History.

This year, Jazz Appreciation Month is focused on jazz beyond borders.  Recognizing how our truly American art form has been exported and influenced the world.   Jazz has reached many far corners of the world since it originated.  Blending with other forms of music to create memorable and impactful worldly music.

Nat King Cole created a catalog of recordings that have become part of the American story.  Hits such as Unforgettable, Sweet Lorraine, Mona Lisa, Route 66, It’s Only A Paper Moon, and many more are forever etched in American memories.  Prior to reaching stardom with such hits, Cole was a pioneering jazz pianist in the 1940s and 1950s with the Nat King Cole Trio.  Displaying mastery in both piano and voice.

(What I personally liked about Nat King Cole, is his use of percussion in drummer-less configurations. Usually accompanied by the late great Jack Costanzo. Check out this 1951 video that not only shows the beauty of his baritone voice but also his piano mastery. And, the pioneering trio format with percussion.)

Buffalo native and Chicago-based jazz vocalist Paul Marinaro will be in the region of Niagara-on-the-Lake for a special Bravo Niagara! centennial celebration of Nat King Cole. See the event description below and link to more details:

Throughout the month of April, support jazz and the continuing American appreciation for our original art form.  We celebrate this important heritage to the evolving American story.