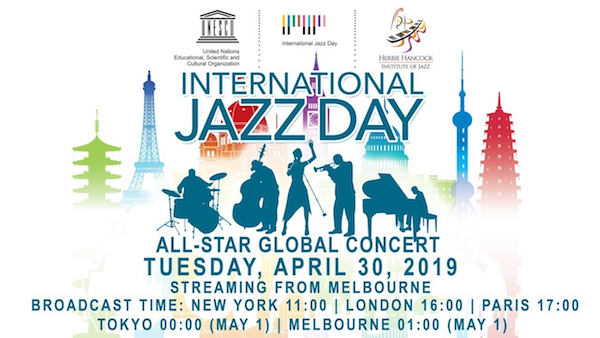 On the other side of the globe today, in Melbourne, Australia, the 2019 International Jazz Day All-Star Global Concert took place. The annual day, recognizing the universal language of jazz to foster world peace, consisted of a star-studded lineup of jazz stars.

Read the press release from International Jazz Day and then enjoy the global concert that follows.