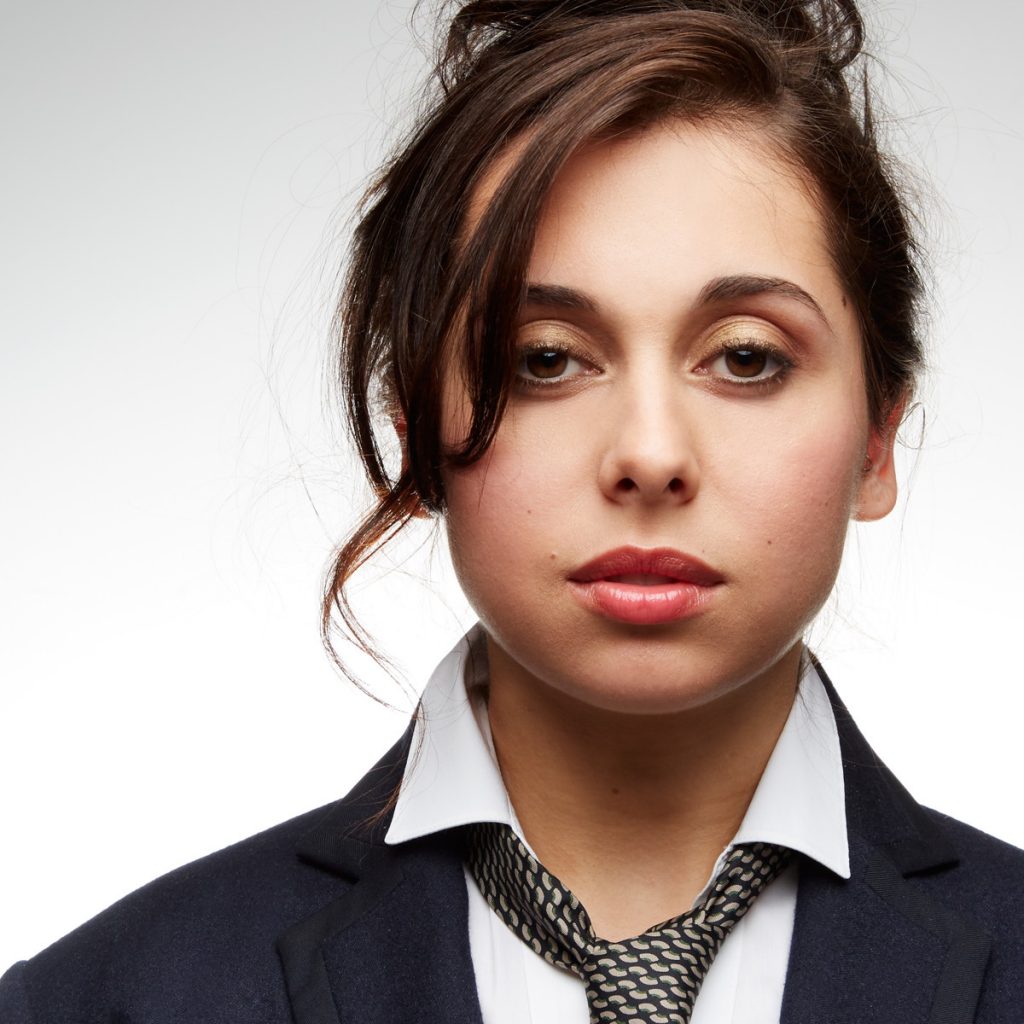 The following is a reprint of a preview by Desert News author, Jeff Metcalf, for a concert by Veronica Swift. Veronica Swift performed in Salt Lake City, Utah at the Capital Theater on March 25th of this year with the legendary jazz pianist Benny Green. Read more on what Benny Green has to say and why Swift is destined for bigger audiences. It equally serves as yet another compelling reason not to miss Veronica Swift with the Emmet Cohen Trio on Friday, June 28 at the Flickinger Performing Arts Center on the campus of Nichols. Tickets below at end of the article.)

“I asked Benny to come back and bring somebody with him. He didn’t hesitate before saying Veronica Swift,” Hanks said. “To be honest, I wasn’t that familiar with Ms. Swift’s work but I’ve known Benny for over 20 years and trust his judgment.”

Hanks is not alone.

“Mention Veronica Swift’s name and people don’t immediately respond, but that’s going to change,” Hanks said. “I’ve listened to everything she has out and she’s going to be big very soon. Extremely big.”

At 25, Swift is considered by jazz insiders to be one of the top jazz vocalists of the new generation. Just follow the trajectory of her career beginning with a second-place award at the celebrated Thelonious Monk Jazz Competition in 2015, and then, the next year, with a solo concert at the Tribeca Performing Arts and wrapped up the year as a headliner for the Telluride Jazz Festival in Colorado.

“She’s one of those few artists that is absolutely comfortable on stage and in front of a crowd,” Green said in a recent interview. “When we met, things just seemed to click and the idea of working together really appealed to me.”

Having the Benny Green Trio as your backup band speaks to Green’s confidence in Swift’s talent.

“I had a lot of people really help me early on in my career and I strongly believe in the importance of extending myself out to other musicians,” he said.

Hanks remembers a similar story about another singer who was, many years ago, first starting out — Diana Krall. “When I first tested the water to see if a concert series might work in Salt Lake City, I was in Moscow, Idaho, at the Lionel Hampton Jazz Festival,” he said. “I was visiting with bassist Ray Brown who introduced me to his new piano player, Diana Krall. I remember how nervous she was but Ray told her she’d do just fine. It was the first time she sang professionally and we all know the rest of that story.”

There is no lack of confidence with Swift. She knows when to attack her repertoire and when to hold back. When she scats on a song you can hear the influence of some of the female jazz greats of the past in her voice.

This concert could very easily be one of those evenings that you’ll look back fondly on and say, “I remember the first time I heard Victoria Swift sing.” And chances are that it will be done with a smile on your face.

To see Veronica Swift with the Emmet Cohen Trio, order tickets below. The chances are very good you will say you saw when…