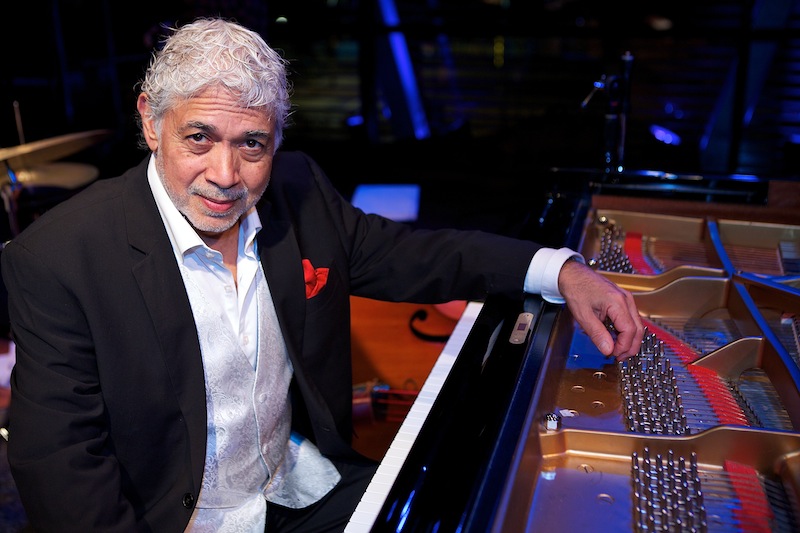 On August 23rd of this year, Monty Alexander will release a major new project and album dedicated to the music of Thelonious Monk.  Entitled “WAREIKA HILL – RASTAMONK VIBRATIONS”, the project represents a lifetime of inspiration and appreciation for the music of Thelonious Monk on the part of Monty Alexander.  The album, several years in the making, will be released the same weekend that Alexander headlines the 2019 Northwest Jazz Festival in Historic Lewiston, NY on Saturday, August 24th.

The album will be released by MACD Records and feature eleven newly recorded tracks as well as a bonus live track recorded in Pari.  Monty Alexander promises a “delightfully imaginative, unique and compelling interpretation of the music of Thelonious Monk.”

WAREIKA HILL – RASTAMONK VIBRATIONS will offer a “collective of classic Monk songs infused with a sensibility that melds the worlds of Jazz, Ska, and Reggae into a unique melting pot of Monk with a twist.”

The forthcoming release marks another significant appearance after a major release for the Northwest Jazz Festival.  Elio Villafranca’s Grammy Nominated “Cinque” was released the summer of his headlining appearance at the festival in 2018.

Monty Alexander and The Harlem-Kingston Express performance on Saturday, August 24th at the Northwest Jazz Festival in Historic Lewiston, NY will be Alexander’s first appearance before an audience after the release of WAREIKA HILL – RASTAMONK VIBRATIONS.