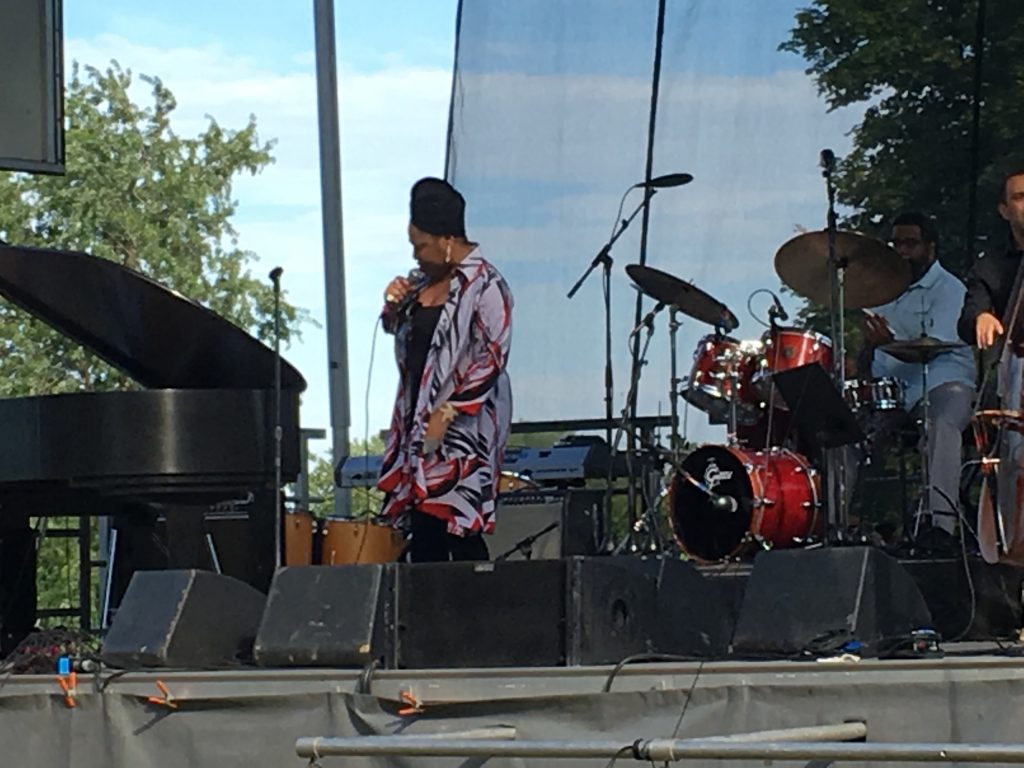 After a morning of threatening dark cloudy skies, on cue like a downbeat note, the skies opened up to a beautiful blue sky at the start of the 24th annual Pappy Martin Legacy Masten Jazz Festival.  A festival that takes place in the heart of Buffalo on the grounds of the Buffalo Museum of Science.  Honoring the late bassist, jazz organizer, and civic leader James “Pappy” Martin. The festival is kept alive by the dedicated passion of Martin’s daughter, Dawn Berry-Walker, who heads the Pappy Martin Legacy Jazz Collective.

The festival kicked off with a performance by the Love Supreme PM Ensemble.  The concert was also a chance to hear bassist Ed Croft put on display his soulful blues vocals.  Also announced was the welcomed return and reopening of the Love Supreme Music School founded by James “Pappy” Martin.

The Progressions were up next and the young group continues to evolve their musicianship.  Evident by the performance of a Latin-tinged original named aptly – The Progressions.  Odyssey, a horn-based ensemble followed and it was an opportunity to honor sax player William Murphy, the long-time contributor to the jazz scene.  Beset by health issues, Murphy still put on display his fighting spirit and his beloved sax sound.

Charenee Wade, the rising star jazz vocalist came onto the stage with subtlety but quickly captivated the audience’s attention with her stirring vocals and tribute to Gil-Scott Heron.  Her latest release consists of reimagined arranged tunes by the late prolific poet, activist, and jazz artist Gil-Scott Heron.  With spectacular range, Wade covered such poetry-based songs as “I Think I Will Call It Morning” and “Home Is Where The Hatred Is.”  The trio of Oscar Perez on piano, Darrell Green on drums, and Paul Beaudry on bass was simply outstanding.  Green is becoming somewhat of a regular at the festival, lucky for us, making his third appearance.  Both Perez and Beaudry were revelations to hear in a live performance.  Perez put on an infectious show of piano excellence that had you wanting more.

Keyon Harrold closed out the festival with a performance featuring a dramatic backdrop of heavy bass rhythms with Harrold rising on top with his clear trumpet sounds.  The highlight number was that of “Her Beauty Through Her Eyes”, which exemplifies the long-hold searing trumpet notes overlaying an R&B quality.

Let’s hope for another day of clear blue skies as jazz notes fill the heart of Buffalo.