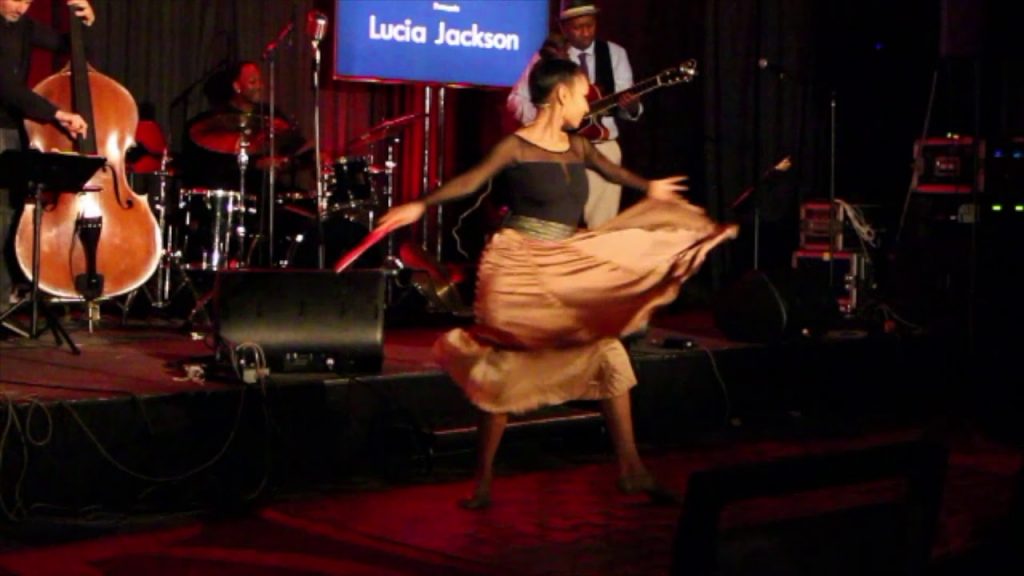 Lucia Jackson, the emerging jazz vocalist and Alvin Ailey dancer (as well as multiple dance company guest appearances) will offer a unique blending of dance and jazz at the 2019 Northwest Jazz Festival in Historic Lewiston, NY. Arriving from New York City, Lucia Jackson, along with the highly regarded jazz guitarist Ron Jackson (her father) and ensemble, will open the Saturday Main Stage portion of the festival on Saturday, August 24th at 1:30 pm.

Jackson is forging new ground in combining the world of dance and jazz into her performances. Her debut album, You and the Night and the Music, has been met with much acclaim. Most recently the album has propelled a world-wide tour and served as a medium for blending the dancing and choreography of Lucia Jackson with her promising future as a jazz vocalist.

Collaborating with Lucia Jackson will be the UB Zodiaque Dance Company. Three members of the dance company will kick-off the Main Stage presentations with a brief dance beginning at 1:15 pm. They will also perform one dance number during one song of Lucia Jackson’s concert performance at the festival.

An example of the unique collaboration of dance and music is the release of a short film featuring Lucia Jackson, Ron Jackson, dancer Elisa Toro Franky, and choreographer Dardo Galletto. Lucia sings the folkloric tango song Naranjo en Flor accompanied by Ron Jackson on guitar and the dancing of Elisa Toro Franky.

A first for the Northwest Jazz Festival and unique for many jazz festivals in general. An occasion not to be missed for both dance and jazz music lovers.

General open seating in front of the Main Stage is free but attendees are encouraged to get free tickets to assure seating in the first few rows. You may get tickets at this link: Lucia Jackson at the Northwest Jazz Festival

Or, you may get tickets directly below: