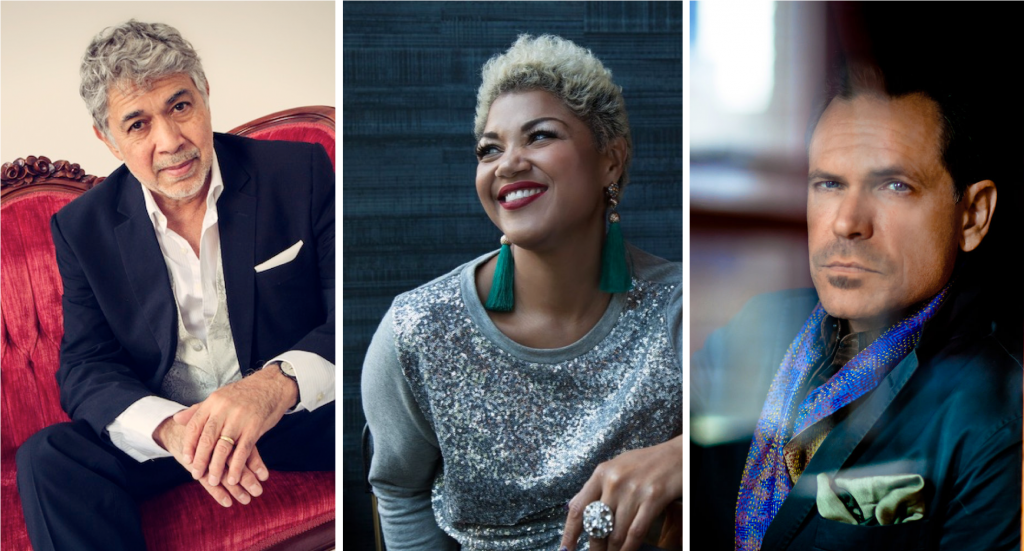 Bravo Niagara! will soon get their 2019-2020 concert season underway featuring internationally-renowned classical and jazz artists. This year marks the 6th season for the Canadian organization with concerts taking place in Niagara-on-the-Lake and St. Catherines in the province of Ontario.

“Our 6th season is brimming with Canadian and international treasures. From classical virtuosos to jazz titans, every concert is a jewel! Bravo Niagara!’s diverse programming will feature a myriad of one-of-a-kind performances, rare appearances, and unique collaborations,” says Artistic Director & Co-Founder Christine Mori.

The 2019-20 season opens October 19, 2019 as Bravo Niagara! welcomes back Canadian superstar soprano Measha Brueggergosman – this time for a rare, intimate recital. Noted by the San Francisco Chronicle as “a singer of rare gifts and artistic intensity,” Ms. Brueggergosman has emerged as one of the most magnificent performers and vibrant personalities of the day. She has given solo recitals at London’s Wigmore Hall, Roy Thomson Hall, Carnegie Hall, the Kennedy Center, and beyond. Her extraordinary versatility, intuitive musicality, and radiant star quality are reflected in the array of recordings she has made in artistic relationships with Deutsche Grammophon and CBC Records.

Bravo Niagara!’s annual Voices of Freedom Festival returns November 7 to 9, 2019 with musical performances, film screenings, workshops, and engaging discussions. Since 2015, the Voices of Freedom Festival has commemorated and celebrated the cultural contributions of people of African descent, while giving voice to underrepresented histories and peoples. The Voices of Freedom Concert on November 8, curated by artistic producer Céline Peterson, will feature headliner Monty Alexander, one of jazz music’s most diverse and globally recognized piano titans. Monty brings the sounds of music from his birthplace of Kingston, Jamaica to the place he calls home, America.

The Voices of Freedom Festival will include free workshops, film screenings, and roundtable discussions offered free of charge. More information is available at https://www.bravoniagara.org/vof2019.

On November 30, 2019, Canadian treasure Ofra Harnoy makes a rare appearance in Niagara-on-the-Lake that will push the boundaries of traditional classical repertoire. Described by the New York Times as “born to the instrument,” Ofra Harnoy has established herself as one of the great cellists on the world’s concert stage. She is one of Canada’s most celebrated personalities and is a Member of the Order of Canada. Ms. Harnoy has recorded more than 40 albums, winning numerous awards and distinctions, including 5 JUNO Awards and the Grand Prix du Disque.

The 2019-20 season continues with a special Valentine’s Day concert February 14, 2020 featuring legendary jazz vocalist Kurt Elling! Renowned for his singular combination of robust swing and poetic insight, GRAMMY winner Kurt Elling has secured his place among the world’s foremost jazz vocalists. Declared “the standout male vocalist of our time” by the New York Times, Elling has garnered unprecedented accolades, including a fourteen-year run atop the DownBeat Critics Poll, a dozen GRAMMY nominations, and eight Jazz Journalists Association awards for “Male Singer of the Year.”

Bravo Niagara!’s annual Spring into Music Series begins March 15, 2020 with Miloš Karadaglić. Back by popular demand, the Montenegrin-born and London-based classical guitarist Miloš returns to Bravo Niagara! for a solo recital following the release of his highly-anticipated album Sound of Silence. Firmly positioned a leading exponent of his instrument, “The hottest guitarist in the world” (Sunday Times), Miloš continues to top record charts and delight audiences worldwide. His first three releases on Deutsche Grammophon achieved major chart successes around the globe and turned him into “classical music’s guitar hero” (BBC Music Magazine) overnight.

The Spring into Music Series continues April 5, 2020 with the Ontario debut of the Brubeck Brothers Quartet’s Dave Brubeck Centennial Celebration. To celebrate his life and legacy, Dave’s sons Chris and Dan Brubeck, who performed and recorded with their father since the 1970s, curate a multimedia show with their own Brubeck Brothers Quartet. With Dan and Chris as the foundation, guitarist Mike DeMicco and pianist Chuck Lamb complete this dynamic quartet. Through stories told by his sons and music performed by the Quartet, the show invites audiences to travel along the timeline of Dave’s extraordinary life and career.

The 2019-20 season concludes on May 2-3, 2020. On May 2, 2020, Bravo Niagara! presents a new initiative, From Broadway, With Love. Three Broadway stars will bring the greatest love songs from the Great White Way to Niagara-on-the-Lake. Songs ranging from passion to heartbreak, familial love to unrequited desires are all masterfully intertwined and interpreted by Jason Forbach, Siri Howard, and Joseph Spieldenner. They bring a collection of heartfelt tunes that span the length of their stage career and beyond, having performed on Broadway and in National Tours such as The Phantom of the Opera, Les Miserables, South Pacific, The Secret Garden, The Sound of Music, and more.

On May 3, 2020, two world-renowned virtuoso musicians, violinist Cho-Liang Lin and pianist Jon Kimura Parker, take the stage together for a diverse program ranging from Beethoven to Bernstein. Colleagues and friends for over thirty years, Lin and Parker have performed together at the Chamber Music Society of Lincoln Center, the Seattle Chamber Music Festival, the Beijing Chamber Music Festival, and in recital series across North America and Taiwan. Violinist Cho-Liang Lin is lauded the world over for the eloquence of his playing and for the superb musicianship that marks his performances. He plays the 1715 “Titian” Stradivarius. Known for his passionate artistry and engaging stage presence, pianist Jon Kimura Parker, an Officer of the Order of Canada, is a true Canadian ambassador of music.

Create a customized Bravo Niagara! Flex Pack and save up to 20% on tickets. Student discounts are available.