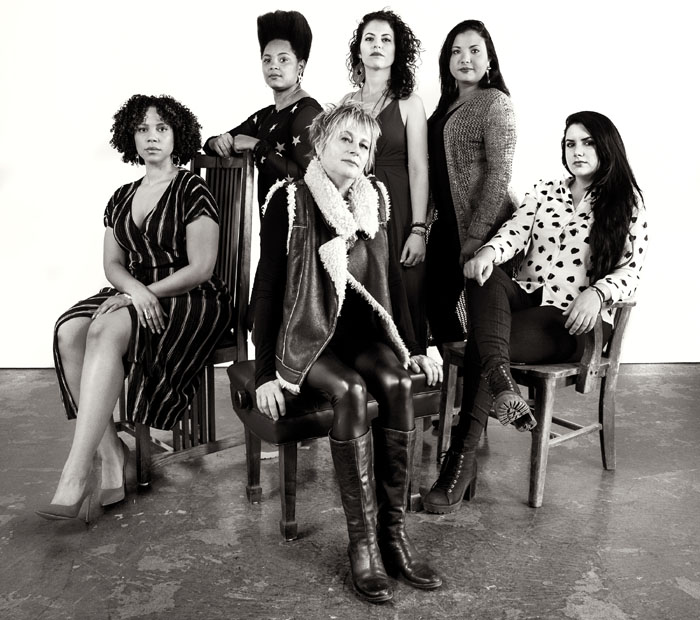 Jane Bunnett’s enduring Maqueque project has been bringing a fresh new sound to jazz and Latin Jazz alike.  Garnering award-winning recognition along the way.  The ensemble released their third album this past September with new original songs and the introduction of new members of Maqueque.  What is evident is that their sound continues to evolve.  While remaining lively as ever, there is more depth and intrigue to the music.

Bunnett has assembled the Maqueque project with all-female musicians from Cuba.  Fusing the sounds of her searing soprano sax and melodic flute with the native music of Cuba.  Creating expansive rhythmic music that is vibrant.  The Grammy-nominated Oddara album was a display of mesmerizing talent featuring exquisite compositions.

On Firm Ground/Tierra Firme continues the vibrancy.  What is different is the music has a new sense of maturity.  Often found in jazz when bands and projects have had a consistent purpose and reach.  Now in its fifth year, this ensemble exhibits tight chemistry with a clearly identifiable sound.

This album project is unique in that it features special guest Nikki D. Brown, who plays the steel guitar.  At first take, you do wonder how does a steel guitar makes its way into Afro-Cuban oriented Latin Jazz?  Refreshingly, it creates newness as you can hear in the soulful On Firm Ground.  Take a listen:

The new track La Linea, which means “The Line” serves somewhat like a song to introduce new members.  A new line up that continues the concept of featuring all-female Cuban musicians.  Such as the versatile Tailin Marrero who performs the contrabass, electric bass, and adds vocals to the album.  The group has fun with this tune in a recent video produced for Radio Gladys Palmera, the Internet Radio Platform based in Spain:

The ensemble shows us the strength of their chemistry and sensitivities in the standout number Habana De Noche (Havana At Night).   The percussion work of Mary Paz is superb and the band builds upon her patterns.  Evoking the folkloric heritage of Cuban music in all its beauty:

The album proves to be a stellar follow-up to Oddara.  There is a layering of traditional Cuban rhythms and vocals that lends a beautiful sophistication to the music.  Never overpowering the music.  Instead, making the music more entrancing and fulfilling for listeners.

The piano musicianship of Dánae Olano shines throughout and we hear once again why Jane Bunnett continues to be recognized in the Downbeat Critic’s Poll as one of the top soprano saxophonists in jazz.  And, the group also placed in the category of top Jazz Group. A list that includes Wayne Shorter, Branford Marsalis, Joe Lovano, The Bad Plus, and Brad Mehldau. Not bad company indeed.

The award-winning ensemble will be making an appearance in Buffalo on Sunday, December 15 at the state-of-the-art Nichols Flickinger Performing Arts Center located on the campus of Nichols School.  They will be bringing their full complement to the stage and in addition, add a Latin Christmas flavor to the concert.  Special pricing is available for students and children. Tickets to see the Grammy-nominated group are available below or here at this Eventbrite link: