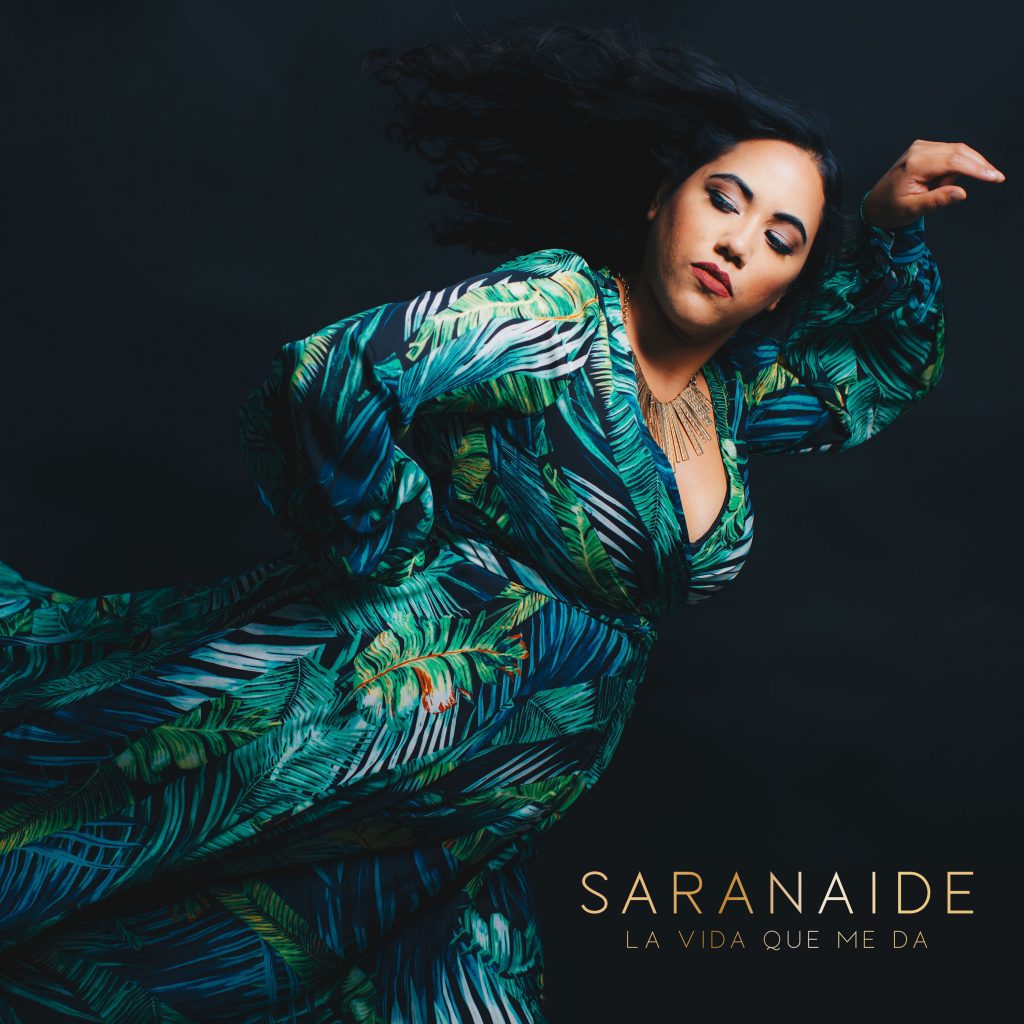 At the Gypsy Parlor, in the heart of the Grant Street and Forest Street area of the West Side of Buffalo, Saranaide unveiled her new single and video to enthusiastic friends, family, and fans. The single, La Vida Que Me Da, originated from the Raices Theater Company’s outstanding production of Desde El Puente, which consisted of 9 short vignettes.

The single and video is an original composition for Saranaide, the performance name Sara Rodriguez uses. The single consists of her own lyrics and music with musical composition assistance from Kevin Doyle. The engaging video production, shot on location at The Tabernacle, was led by Omeri Monroe of TuneWorks Media.

For more background and to get to know Saranaide, read the recent JazzBuffalo interview here: JazzBuffalo Interview: Saranaide’s Break Out Year Continues With New Single Release

The single can also be found on the streaming music services Apple Music and Spotify.

Saranaide will be opening for the upcoming JazzBuffalo Premier Concert by 3-time Grammy Nominee and 5-time Juno Award Winner, Jane Bunnett and Maqueque in a special “A Latin Christmas” concert. Tickets for the concert on Sunday, December 15 at 3 pm at the Nichols Flickinger Performing Arts Center are available on Eventbrite at this link: https://www.eventbrite.com/e/jane-bunnett-and-maqueque-a-latin-jazz-christmas-tickets-63382761546

(Special promo code for readers of this article: use TYJB5 to get $5 off all tickets!)

Congratulations to Saranaide and to the production team involved!