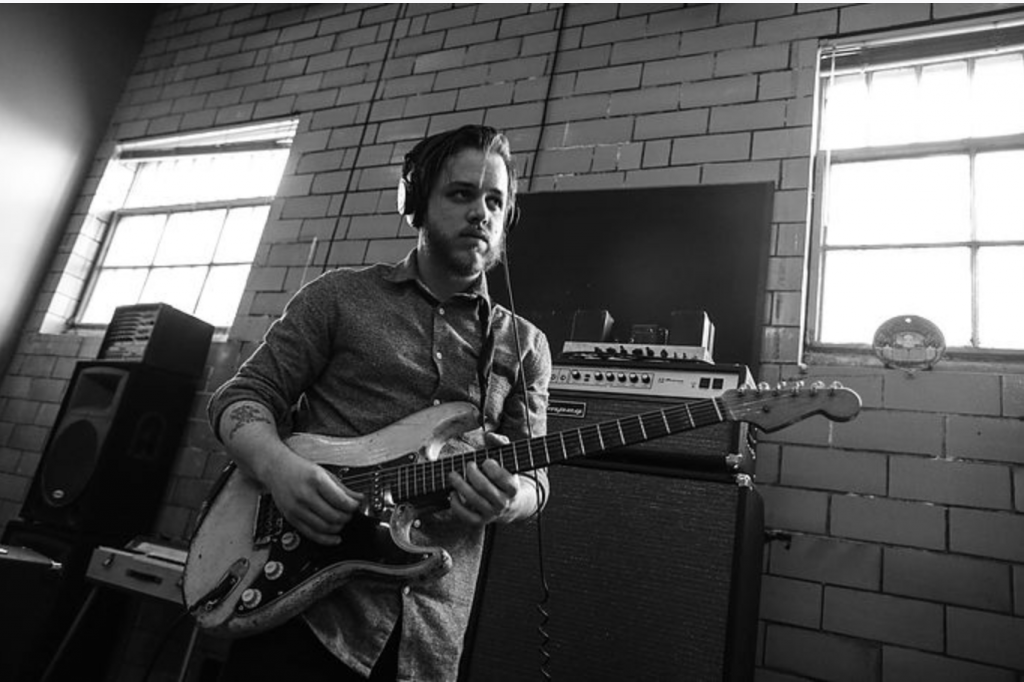 In the past decade, we have seen jazz guitarists shift their gaze to the music of the heartland. Long dominant as an east coast bebop jazz sound or a cool jazz west coast sound, prominent jazz guitarists are incorporating the sounds of the Midwest into their music. The likes of Bill Frisell, John Scofield, and Julian Lage embody the exploration of jazz reflecting the music of the heartland.

Most notably, Bill Frisell and John Scofield have received the most recognition for harmonic arrangements that are the result of fusing jazz with folk, roots, and Americana music. Another in this growing category of jazz guitarists is from the state of Indiana. Charlie Ballantine has been on an incredible pace of penning original compositions and reimagining arrangements of songs from the heartland. Forging an accessible jazz sound that is clearly unique and stands on its own.

Ballantine’s sound first made its mark with the release of Green in 2015. The fusion of music flows from Ballantine’s gracefully amazing guitar performance. Listen to the title track of this original composition, Green:

The follow-up to Green was the album Providence. In this album, Ballantine takes a path that leans towards rock and folksy rock. Yet, the music of the heartland with midwestern roots can be heard. As in the title track song, Providence:

The 2017 release of Where Is My Mind? sees Ballantine and his music move along the spectrum to cover jazz and pop songs. The alto sax of Amanda Gardier continuing to bring exceptional beauty to the arrangements. As evidenced by the group’s version of the traditional folk song Wayfaring Stranger:

In Ballantine’s most ambitious undertaking, he tackled the music of Bob Dylan next. Making a point of letting fans know he was reimagining the music behind Dylan’s songs. The album, Life is Brief: The Music of Bob Dylan is heralded as a groundbreaking album by many reviewers such as Downbeat and JazzTimes.

For jazz fans and Dylan fans alike, Ballantine brings forth new sounds and perspectives that edify Dylan’s music. As evident by Ballantine’s arrangement of Dylan’s most famous song, Times They Are A-Changing:

The follow-up to the widely-acclaimed album is the new release Cold Coffee. Here we find Ballantine explore his trio format and dive into fusion with rock and roots music. His guitar striking out melodic notes, one after another, that pierce the air with imaginative resonance. A tune that shines in this vein is Strange Idea:

On Friday, November 22 at 7:30 pm Ballantine will visit Buffalo with his quartet featuring Charlie Ballantine on guitar, Amanda Gardier on sax, Jesse Witman on bass, and Chris Parker on drums. They will be at the new The Loft at Chandler in the transformed area of Chandlerville. To be exact, at 166 Chandler Street in Buffalo and The Loft at Chandler is located on the second floor of the building housing Thin Man Brewery and Tappo Pizza.

For jazz lovers of the sound of Bill Frisell, John Scofield, and Julian Lage as well as jazz music reflecting the heartland – this is a must concert. Tickets are available on Eventbrite for $10 pre-sale (no fees). $15 at the door day of the show. You can purchase tickets directly below: