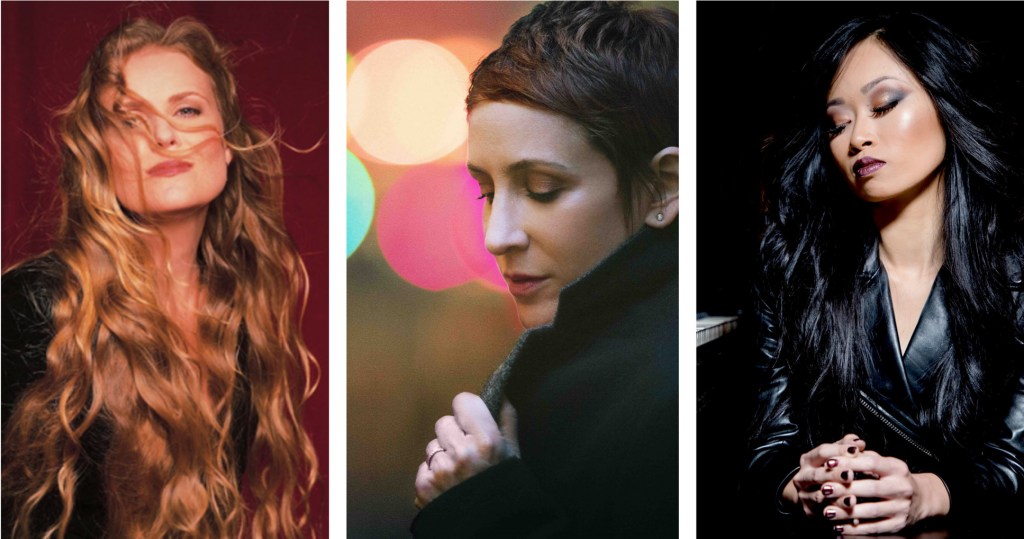 We are grateful for the resurgence of jazz that enriches our community! To celebrate, JazzBuffalo is joining the BLACK FRIDAY frenzy that marks the beginning of the Christmas Holiday shopping season. For a limited time through the weekend of November 29, November 30, and December 1, you can get $5 off tickets to any of the concerts upcoming in the JazzBuffalo Premier Jazz Series.

We will be featuring Jane Bunnett and Maqueque, Tierney Sutton Band, Stacey Kent, and Connie Han. Four outstanding jazz concerts not to be missed. And, they make great Christmas gifts!!

Use the promo code TYJB5 to get $5 off each ticket to any of the concerts.

Here is more information on each concert! Learn more on JazzBuffalo, see videos, and get links to tickets! Act soon!

JazzBuffalo is excited to present 3 times Grammy® Nominee for Best Latin Jazz Album, Jane Bunnett, and Maqueque.  In the past few years, the groundbreaking all-women band, Jane Bunnett and Maqueque have forged a path in presented the sounds of Afro-Cuban and Latin Jazz to the world.  The band consists of an ensemble of Cuban female performers creating a vibrant sound made magical by the soprano saxophone of Jane Bunnett. The ensemble received a Grammy® for their latest highly-acclaimed album,…

“Thoroughly captivating…(Kent’s) voice has a startling clarity, turning phrase after phrase with subtlety and an impeccable feel for the music.”— Billboard “Ms. Kent embodied the essence of saudade as persuasively as any of her Brazilian idols. As she threw back her head and crooned softly, you had the sense of a woman with nothing to protect, living in the moment and dreaming out loud.” — The New York Times Critically acclaimed, GRAMMY® nominated singer, Stacey Kent, sings from the soul,…

“Han has been labeled a rising star and rightfully so— she’s an intriguing artist with mastery over her instrument as well as deft bandleader. Given the maturity and brilliance she demonstrates on “CRIME ZONE”, perhaps “rising” could be dropped from that designation” -JazzizMagazine “With this album she’s booking a place as a star in the jazz firmament of tomorrow. Watch out for Connie Han, the face (and shape) of jazz to come.” — All About Jazz “This 22-year-old pianist is…