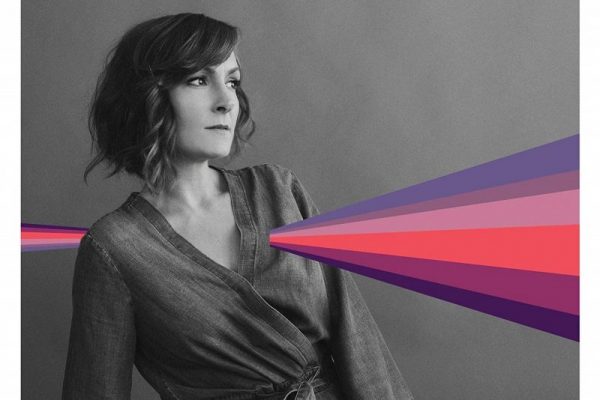 In the past few years, we have seen newcomers and veterans of the art of jazz vocals make their mark in the jazz world. Holding a special place in the hearts of those who treasure the music of jazz vocals. With the exploding preponderance of especially female jazz vocalists, to stand out with a unique voice is certainly a mountain to climb for many. But climb they do! Producing enjoyable and artistic jazz vocal albums.

Here we take a look at 10 favorite jazz vocals albums in 2019 that stood out:

The band, featuring jazz vocalist Tierney Sutton, has been together for twenty plus years. Such longevity leads to the production of remarkable thematic projects. Resulting in their 9th Grammy Nomination for Best Jazz Vocals. ScreenPlay dives into the modern songbook of screen songs. For instance, Tierney Sutton sings two songs from the movie Grease. Where the album soars is in the songs of Alan Bergman. Most notably What Are You Doing The Rest Of Your Life – take a listen:

Mary Stallings – Songs Were Made To Sing

Eighteen years ago, the New York Time’s Bary Singer declared that Mary Stallings was “perhaps the best jazz singer singing today.” Since we have been introduced to many jazz vocalists. Some will argue she has not relinquished that place in jazz. At 80 years old, she delivers a gem of an album that cements her place in the shortlist of female jazz vocalists that includes Billie Holiday, Ella Fitzgerald, Carmen McRae, and Sarah Vaughn. Listen to her uplifting take on Lady Bird:

Interestingly, this is a recording from 1995 not released until 2019. Vanessa Rubin does something here that had not been done before. Compiled existing lyrics and wrote new lyrics for all of the Tadd Dameron songs. Rubin sings in a swinging style with the backing of an eight-piece band. Here she is on Lady Bird. Same as Mary Stallings but check out the uptempo arrangement suited to a large ensemble.

While this is not Swift’s first CD, it is the first to extensively feature her. With the backing of both the Emmet Cohen Trio and the Benny Green Trio on various songs, it oozes with class. Harkening us back nostalgically to the style of Anita O’Day yet there is no doubt that Swift is in a class of her own. On the tune, Your Gonna Hear From Me, she sings with authority as if to say – “I’ve arrived.”

The west coast-based jazz vocalist has had a journey that began right after high school in 2000. Her journey filled with the peaks and valleys of being a jazz vocalist – particularly staying on the west coast versus putting a stake in the ground in New York. On this album, she breaks through with an impressive self-produced album that packs an emotional wallop. Mentored by Kurt Elling, these introspective songs showcase her powerful vocals. So much so that she earned a 2020 Grammy Nomination for Best Jazz Vocal Album. The Dolly Parton song Jolene also earned a 2020 Grammy Nomination for Best Jazz Instrumental and Vocal Arrangement. Check it out.

The Grammy-winning jazz vocalist visits the early swing era of jazz and the influence of African-Americans. It’s a bluesy and jazzy swing album that earned her a 2020 Grammy Nomination for Best Jazz Vocal Album. Here is the title track that embodies her unique sound.

Jazzmeia Horn follows up her debut Grammy Nominated album, A Social Call, with a sophomore effort that earned her a 2020 Grammy Nomination for Best Jazz Vocal Album. Love and Liberation sprinkle in new originals along with classics that have the identifiable stamp of Horn’s tone and scat-singing abilities. The track Free Your Mind is a Horn original that puts her style on full display.

The Sarah Vaughn Vocal Competition winner and New Orleans-based vocalist makes an extraordinary debut album. Lynell takes on modern classics from R&B and jazz with soul, as well as, passion. Classically trained and gospel raised, her love for jazz won out. We are the lucky one as the tune We Are, written by Alina Engibaryan, exemplifies.

The outstanding Australian-born bassist/vocalist draws from her love of two cities. Adding songs from Gershwin to others that present a Parisian jazz flavor. Parrott wrote all the arrangements for the songs and delights us with her world-class voice and musicianship. Here she is on the beautifully arranged I Love Paris.

The Chilean guitarist/singer delivers a worldly blend of jazz, pop, Latin, and South American musical elements that is easy on the ears and a warm listen. Her sound is certain folkloric and soft yet works in an extraordinary artistic effort that is worth a serious listen. This is her version of This Is Not America that was co-written by Pat Metheny and David Bowie.