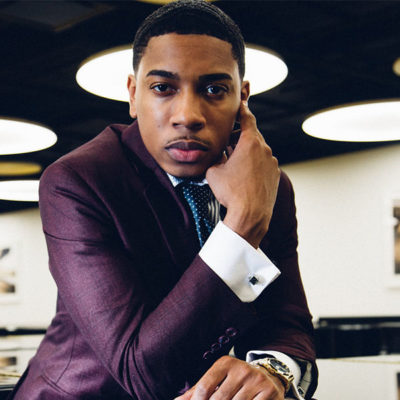 In the previous JazzBuffalo article regarding carrying on the legacy of Erroll Garner, it was noted how Sands became the creative ambassador through his relationship with the late gifted jazz pianist Geri Allen.  Allen selected Sands as a young pianist with the extraordinary ability to bring Garner’s unique musical stylings to a 21st Century audience.

Erroll Garner’s Concert By The Sea album has earned a spot in jazz immortality as one of the most prominent albums of all time.  The album was the first million-selling album in jazz – a momentous feat in the 1950s.  Little known is how Garner was a pioneer in fighting record companies to retain rights to his own recordings.  Winning a landmark legal victory over Columbia Records.  Garner paid a price of discrimination and being kept out of recording studios for three years while the lawsuit took place.

The result, years later, is the discovery and release of recordings by Erroll Garner that sound modern by today’s standard.  A treasure trove for jazz.

Here is Christian Sands remarks, from a recent Variety article, on the legacy of Erroll Garner:

“There is so much to discover about Erroll, he was at the forefront of so many things. In his music, he was a pioneer in crossing genres from classical to jazz to pop to Latin jazz. And he broke barriers socially. Here was a black artist with a Jewish manager at a time in the heat of an environment of racism.”

Tickets for Christian Sands and the Art of Jazz at the Philharmonic series are now available at https://kleinhansbuffalo.org.  Including the ability to purchase a series pass at a discounted price.