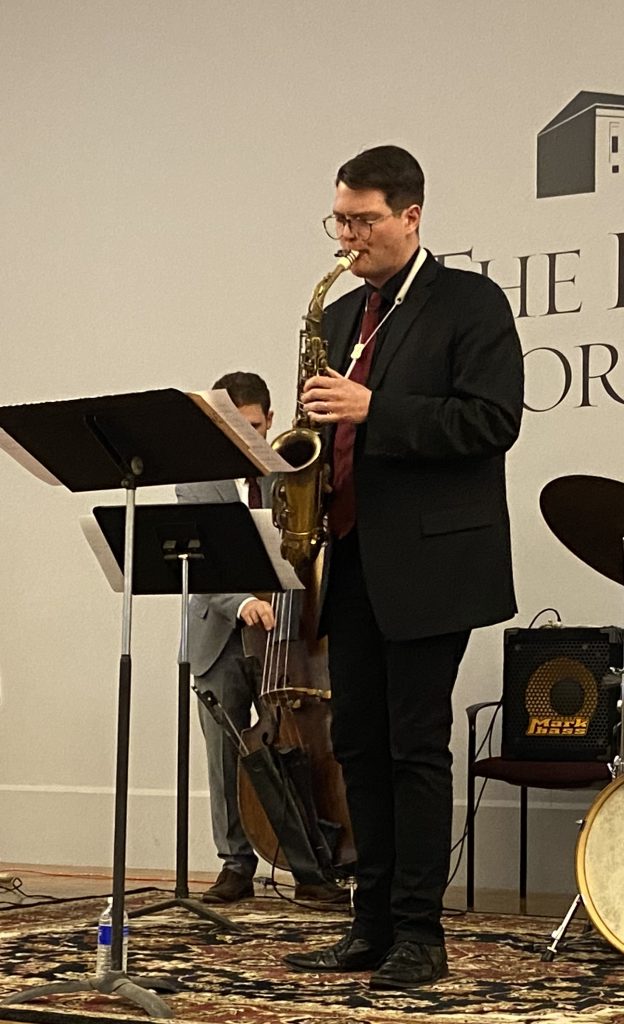 Bill Todd, the New York-based alto saxophonist, and graduate of Kenmore East High School paid a visit home on Sunday. Appearing at the Buffalo History Museum as part of the Jazz on Second Sundays Series presented by the Buffalo Jazz Collective, Todd reached back into jazz history to shine a light on Buffalo composers and musicians.

Here is how Todd described the program:

We’ll be dusting off some incredible music by world-class Buffalo-born/based musicians such as Elvin Shepherd, Billy Skinner, Billy Gault, Ronnie Foster, Harold Arlen, Dodo Greene, Grover Washington Jr., and Ray Henderson. Many of these talented Buffalonians are under-recognized and it’s my goal to pay tribute to the rich music history stemming from the great city of Buffalo, where my heart is home.

Todd did some dusting off indeed and more so! For instance, performing I’m A Dreamer, Aren’t We All? from John Coltrane’s album “Bahia.” The tune was written by songwriter Ray Henderson (along with B. G. DeSylva and Lew Brown) for the 1929 musical “Sunny Side Up.” Henderson was born in Buffalo in 1896 and was instrumental in the composition of Bye, Bye Blackbird and I’m Sitting On Top of The World.

Reaching into the bin of the obscure, Todd dusted off a tune by pianist/composer Billy Gault who performed and composed for Jackie Mclean, as well as, Art Blakey and the Jazz Messengers. Gault was a graduate of Bennett High School and UB.

From more modern times, we were treated to the music of Ronnie Foster. The Buffalo-born organ-master extraordinaire of jazz-funk and soul-jazz. Foster was born in Buffalo in 1950 and performed with George Benson. Including composing and performing for the Benson mega-hit album, “Breezin’.”

Other favorites included Shepherd’s Blues by the legendary Buffalo sax player Elvin Shepherd. Grover Washington, Jr.’s sax teacher. Followed by a gorgeous ballad from perhaps Buffalo’s most famous composer Harold Arlen. If you were thinking Somewhere Over The Rainbow – think again. Todd performed Arlen’s Last Night When We Were Young.

Not to be lost in all the history and song selections is the elegance resonating from Bill Todd’s style of playing the alto saxophone. From an audience perspective – truly listenable. Even with all the rapidity and sophistication of notes, you came to enjoy Todd’s fluid and pleasant sound. Here is a brief experience:

Leading the rhythm section was one of today’s top jazz drummers, Buffalo-born Carmen Intorre, Jr. A Julliard graduate who has toured extensively with Pat Martino and Joey DeFrancesco. Alec Safy was on bass. A Kenmore East graduate also and now based in New York City performing at Smalls Jazz Club. On keyboards was one of Buffalo’s favorite Michael T. Jones.

The quartet came to play. Intorre’s expressive rhythms and riding cymbals drove the timing perfectly. Safy’s solos were deep and accentuated by the percussive keyboard style of Michael T. Jones. This was a solid quartet performance that was dusting off history.

Todd introduced his original compositions also. Well-liked was a tune he entitled 122-Eve. A tune he wrote reflecting on turning 30. Other originals had elements of straight-ahead and funk. Todd displayed he was more than just an admirer of composing with gems of his own.

Bill Todd is another in a line of impressive next-generation musicians attempting to carve a path outside of Buffalo as well as those choosing to stay in Buffalo. It’s a struggle for sure but Todd’s perseverance and maturation have its reward. He’s performing with a variety of ensembles in New York and is now a member of the musical cast for the Golden Globe and Emmy-Award winning TV series, The Marvelous Mrs. Maisel.