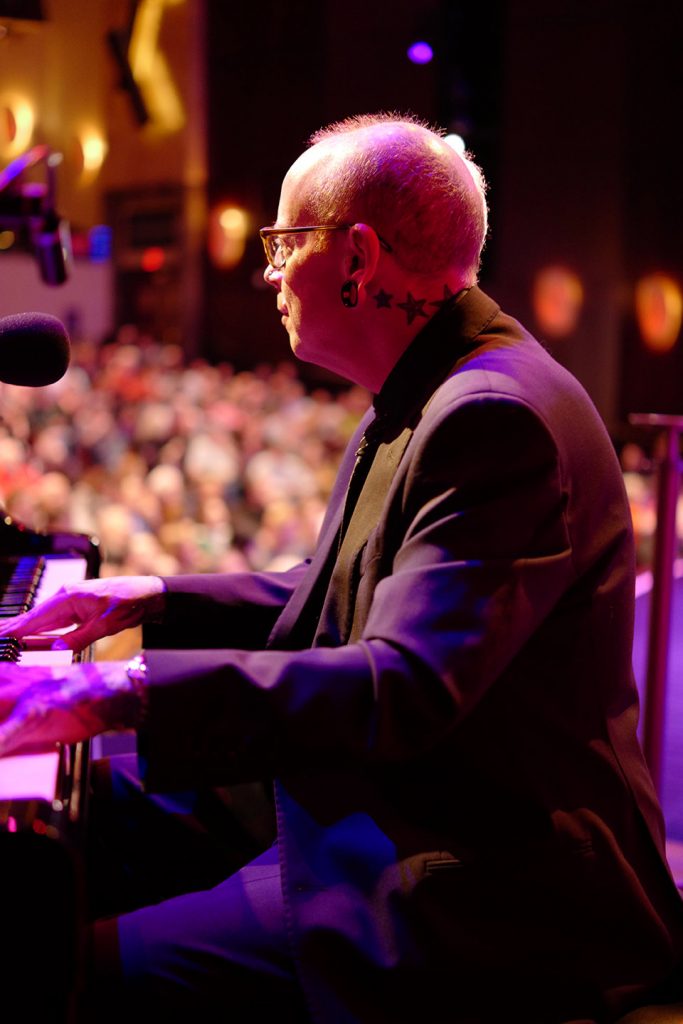 Mike Jones has performed before thousands weekly in Las Vegas. You see, Mike has been the musical director for the Las Vegas show of the famed magicians Penn and Teller since 2002. Opening the show and at times performing during the show.

Little did Mike Jones know as a youngster growing up in Buffalo that he would find himself performing on one of the biggest stages of Las Vegas. However, make no mistake about the fact that Mike Jones is one of the top pure jazz pianists to exist in the jazz universe. The bright lights of Las Vegas can cause us to miss what the critic and author of The Playboy Guide to Jazz, Neil Tesser said, “The most remarkable pure technique of any piano player working in jazz today.”

Buffalo will get the rare treat of welcoming home Jones on Saturday, April 18th at 8 pm for a solo performance at the MusicalFare Theatre Premier Cabaret Lounge. The 100-seat setting provides the intimacy desired to capture the essence of Mike Jones’s much-heralded two-handed jazz style of playing the piano today. Of which many writers say is becoming a lost art.

Jones’s most recent release, The Show Before The Show, is a duo recording with magician and bass player Penn Jillette of Penn and Teller. The outcome of Jillette taking up the studying of the bass and he coming out “before the show” to join Jones on occasion. Where they dive into a repertoire of jazz standards before an adoring audience.

In an interview for the Chicago Tribune, Penn Jillette stated, “When you ask Jonesy what kind of music we play, he says, “Oscar Peterson and Ray Brown.” When you ask me, I say, “Oscar Peterson and…a bass player.” I wear a hat and a coat, and even though I’m very recognizable, you just don’t expect the pre-show bass player to be someone important. I’m not lit, and people don’t notice me…I make all the money doing the Penn and Teller show, but the 45 minutes before the show is just wonderful for me. It’s very humbling to play with Jonesy. He’s never wrong.”

Most often, Mike Jones is performing solo. Putting on display the unmatched techniques he is noted for. Balancing such virtuosity with playful strides designed to bring out the intent of such jazz standards as “Exactly Like You.” Mike Jones is one of the most widely-acclaimed jazz pianists when the Great American Songbook is mentioned as well as piano prowess that is rooted in the pre-bop tradition.

Mike Jones left Buffalo and entered studies at Berklee College of Music. Graduating in 1986, he remained in the Boston area working with Boston-based jazz artists Herb Pomeroy and Gray Sargent. His recording career includes two highly acclaimed albums on Capri Records: 2012’s Plays Well With Others and 2016’s Roaring. He is a Kawai Pianos artist.

To purchase tickets at $30 and reserve seats for this special one-night-only show, you can go to the MusicalFare Theatre website at this link: https://musicalfare.com/cabarets/premier-cabaret/event:direct-from-las-vegas-jazz-pianist-extraordinaire-mike-jones-2020/