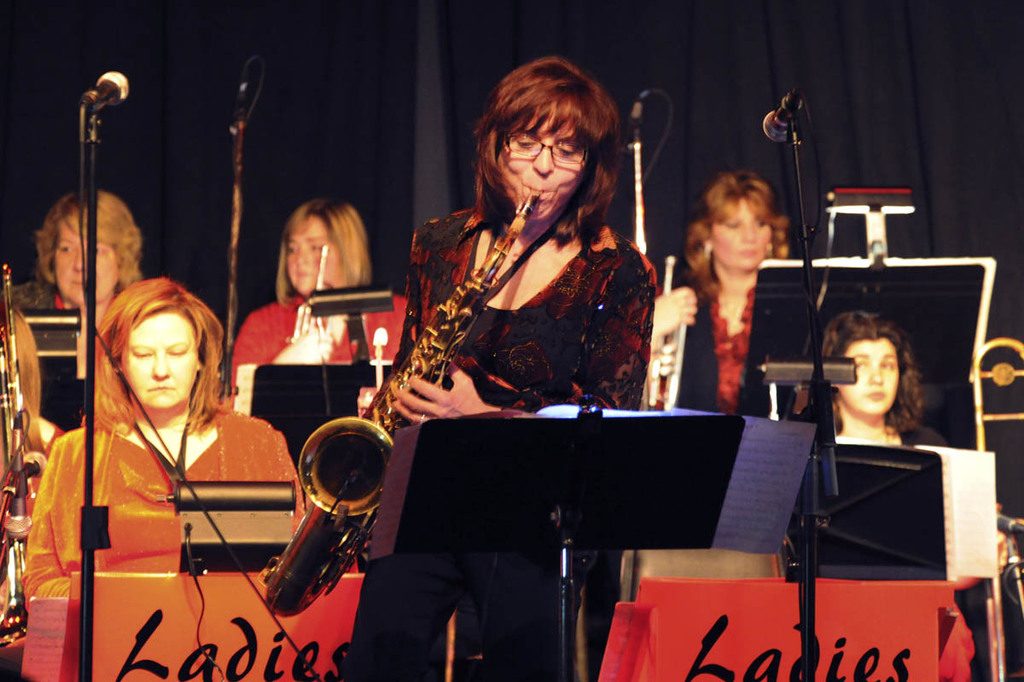 March represents National Women’s History Month across the United States. At the Hotel Henry Jazz Concert Series, JazzBuffalo and the Ladies First Jazz Big Band will celebrate with a special concert on Wednesday, March 11 at 7:30 pm.

Since the earliest days of jazz, women have been part of the music’s evolution in America. For instance, Lil Hardin Armstrong was an important composer and musician in the early formation of jazz. If the name seems familiar it is because she was the wife of Louis Armstrong and certainly contributed to his music. Check out this video of her:

During World War II, with men overseas fighting, one of the most influential big bands was formed. The all-female International Sweethearts of Rhythm. They were the first integrated all-women jazz big band. Performing the sounds of swing and big band jazz throughout the country. Becoming one of the most popular big bands during the first half of the 1940s decade.

In Buffalo, we are fortunate to have one of the premier all-women jazz big bands in the country, the Ladies First Jazz Big Band. The big band was formed and founded by bassist Jennifer May in 1994 and has become a prominent part of our jazz history in Buffalo.

The evening at the Hotel Henry will celebrate Women’s History Month and feature this unique Buffalo treasure of the Ladies First Jazz Big Band.  Joining in will be singer and jazz vocalist Donna Delano-Kerr from the Buffalo Dolls.

Jennifer May has organized Women’s History Month celebrations since 1994. For this occasion, Jennifer has chosen a special tribute. Planned is an evening of music from one of the greatest composers and arrangers in jazz history, Duke Ellington. While Duke Ellington did not directly take up the case of women’s rights, there was no question he stood for and exhibited in his music endeavors the belief for human rights in race and society.

For a special evening celebrating Women’s History Month and Women in Jazz, attend this concert by the Ladies First Jazz Big Band featuring vocalist Donna Delano-Kerr. A perfect way to show your support for the contributions women have made to the art form of jazz.

You can purchase tickets directly below for the Hotel Henry Jazz Concert Series event featuring the Ladies First Jazz Big Band. Tickets are $15 pre-sale and $20 DOS at the door.