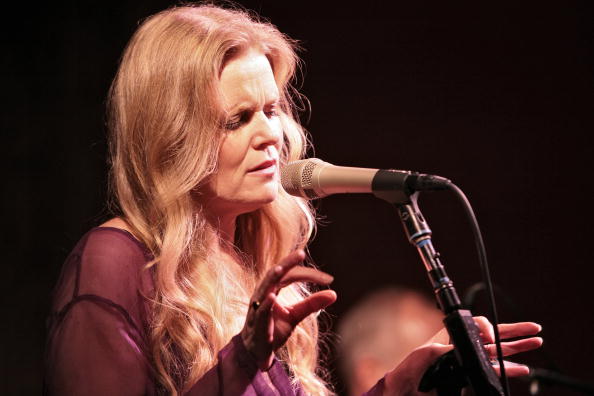 Tierney Sutton, the 9-time Grammy® Nominee jazz vocalist, will be interviewed on the popular The Heather Bambrick Show. The show, hosted by jazz vocalist Heather Bambrick, airs weekday mornings from 9 am EST to 1 pm EST on Jazz FM 91. The radio station, based out of Toronto, Canada, is one of the last remaining 24/7 radio broadcastings of jazz in North America.

With its ability to reach the Greater Buffalo market, Jazz FM 91 has seen an increase in listenership from the region. The growth coincides with the increase in audience jazz awareness and appreciation resulting from the evolving presence of JazzBuffalo.

The interview with Tierney Sutton is scheduled for Wednesday, March 11 at 12:30 pm EST by host Heather Bambrick. Sutton is scheduled to appear in Buffalo on Sunday, March 29, at 3 pm at the state-of-the-art Flickinger Performing Arts Center. The concert by the Tierney Sutton Band is a part of the JazzBuffalo Premier Concert Series. Jazz FM 91 can be tuned in at 91.1 FM channel and is available via streaming also.

9-time Grammy-nominated jazz vocalist Tierney Sutton has received a “Best Jazz Vocal Album” Grammy nod for every project she has released in the last decade. Her latest project, “Screenplay”, received a 2020 Grammy Nomination.

Known for her impeccable voice and imaginative treatments of The Great American Songbook, Sutton is heralded for her abilities as both a jazz storyteller and her ability to use her voice as an instrument.

Her 14 recordings as leader have addressed themes such as materialism (“Desire” 2009), the pursuit of happiness (“On The Other Side” 2007), as well as paying tribute to the music of Bill Evans (“Blue In Green” 2002), Frank Sinatra (“Dancing In The Dark” 2004), and pop icon Sting (“The Sting Variations” 2016). Her 2013 Joni Mitchell tribute, “After Blue” featured keyboardist Larry Goldings, drummer Peter Erskine, jazz vocal legend Al Jarreau, and NEA Jazz Master flutist Hubert Laws.

Heather has released three solo recordings, all of which were nominated for ECMA Awards, including You’ll Never Know, which was also nominated for vocal jazz recording of the year at the 2017 Juno Awards. Heather has been a featured guest on numerous projects and was awarded Canada’s National Jazz Award for vocalist of the year.

She is currently the host of Jazzology and The Heather Bambrick Show. Heather was runner-up for Best Radio Personality in NOW Magazine’s Best of Toronto Readers’ Poll, and is a three-time nominee — and a two-time winner — for Broadcaster of the Year at the National Jazz Awards.