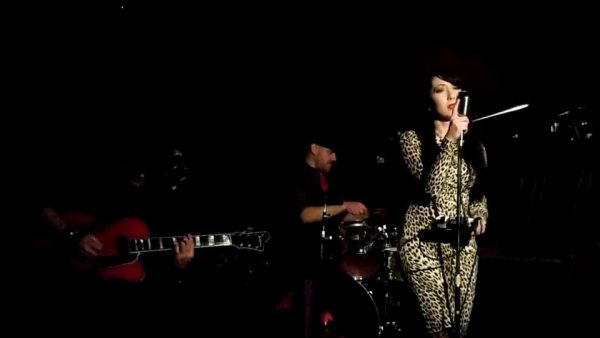 Carina and the Six String Preacher have been entertaining the Greater Buffalo region and beyond since 2013. Carving out a unique space in the hearts and minds of their growing fan base. Their music, a signature blend described as jazz noir, is a modern twist on multiple styles. Blending pop and jazz into a versatile mix of original songs and eye-catching music videos.

Throughout the last seven years, the band led by Vincent James Mastrantonio on guitar and vocalist/songwriter Carina Mastrantonio, have independently made music videos for forthcoming EP releases. The videos, on YouTube, have received worldwide attention. In 2018, they released their EP and music video “The Great Hideaway” to much acclaim. The EP and music video was followed by “Shattered” in the following year of 2019. In 2018, the band was joined by esteemed drummer Erik Eimiller, forming a performing trio that has played throughout the region.

Now, in 2020, they have released new EP and music video applicable to our current times. The song, “Mirabelle”, states Carina “is a jazz/dream pop type of song. Our hope is that the song and video will lift spirits, especially during these stressful and uncertain times we’re all currently going through.”

Here is the song and music video the band debuted on March 16 of this year:

The film was shot and edited by Carina Mastrantonio and the song features her on vocals/synthesizer and Vince Mastrantonio on guitar. Soon the song will be available on the streaming service Spotify, Amazon, and Apple Music.

Another creative effort that continues the band’s impressive run of releasing EP’s and music videos simultaneously. “Mirabelle” is part of a series of singles the band is writing and recording. With an aim to later release on vinyl this year.