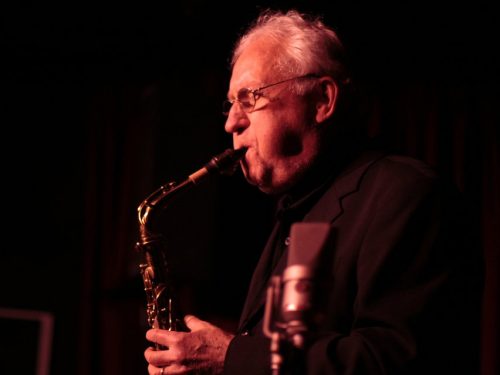 The jazz world has lost another of its legendary souls. After contracting COVID-19, jazz saxophonist Lee Konitz, has died at the age of 92. Konitz had a lengthy 75-year involvement in jazz dating back to the big band era.

His son confirmed the cause of death was pneumonia brought on by the virus. Konitz passed away Wednesday at Lenox Hill Hospital in New York City.

Konitz, who was born in Chicago in 1927 to Jewish immigrant parents, first learned the clarinet at age 11 and switched to alto saxophone a year later. He was part of one of the most celebrated recordings in jazz history. In 1949 and 1950, he played with the Miles Davis Nonet. In a trio of sessions that would become Davis’s 1957 album Birth of the Cool. Konitz was the last surviving musician who played in those sessions.

Konitz’s earliest gigs were as part of jazz orchestras led by Teddy Powell. He was then mentored by the esteemed blind pianist Lennie Tristano, befriended his fellow saxophonist Charlie Parker, and worked under bandleaders such as Stan Kenton and Claude Thornhill.

Konitz dedicated a lifetime to making surprising music. In an interview with NPR in 1980, Konitz stated he got his deep respect for improvisation as a teenager, spending three years studying and playing with pianist Lennie Tristano.

“It was very inspiring,” Konitz said. “I really started to take music more seriously. I was just a kid with some kind of natural facility. And he indicated to me the direction the music was really in.”

Konitz’s solo career began in 1949 with the album Subconscious-Lee, released in 1955. He helped to advance the “cool jazz” sound of the 50s, and then the freer and more improvisatory style that became dominant in the 1960s.

Although he wrote some of his own material, more often he improvised or interpreted jazz standards and other players’ compositions. “I’m constantly amazed still at the miracle of improvising,” he said in 2000. “That’s what’s so intriguing for a whole lifetime, because in really trying to improvise I have the benefit of those surprises.”

He had heart issues later in life and told an interviewer he almost died, but had two successful operations and recovered. When his 80s, Konitz released an album with pianist Dan Tepfer of duets improvised on the fly, with no predetermined melodies or rhythms. He continued playing into his 90s, including a European tour in 2018 and a private performance on his 92nd birthday.

He is survived by two sons, Josh and Paul, and three daughters, Rebecca, Stephanie and Karen.

Konitz is the second prominent Miles Davis collaborator to have died from coronavirus – Wallace Roney, who won a Grammy for interpretations of Davis’s work, died earlier this month at the age of 59.