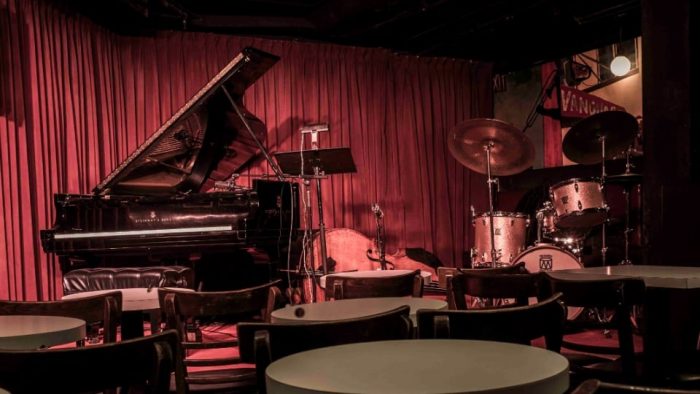 Like a light switch turned to off, the live music scene found itself in the dark overnight in mid-March. The COVID-19 pandemic causing many states to shut down restaurants, music clubs, and concert venues. Nearly two months later, concert venues and music clubs find little prospects for a quick reopening.

These include the many jazz clubs and venues in the jazz mecca of New York City and throughout the country.

This dire predicament is causing those in the concert venue and promotion industries to gather together for survival. In April, the National Independent Venue Association (NIVA) was founded. It now has up to 1300 concert venues, music clubs, and promoters participating.

“Our passionate and fiercely independent operators are not ones to ask for handouts,” Dayna Frank, NIVA Board President and owner of First Avenue in Minneapolis, said in an issued statement. “But because of our unprecedented, tenuous position, for the first time in history, there is a legitimate fear for our collective existence.”

With closures anticipated to last until 2021, concert venues and music clubs are in a battle for survival. Coming together as an association to seek federal help by way of tax reliefs and grants.

The most pressing issue facing many of the concert venues and music clubs, as well as promoters, is how to manage survival not only for 3-6 months but for 12-18 months. And, as long as 24 months. Dayna Frank characterized the situation in a May 6 interview with Rolling Stone Magazine:

“We are all going to do what we need to do to protect public health because this is a public health crisis. We were prepared to be down for three months. Six months. But now, is it starting to look like 12 months, 18 months? That’s when the existential crisis ensues.

We all have personal guarantees out on all this debt. We have no corporate parent. If we can’t pay this debt, they take our personal assets. I think that’s a six-month timeline from here.

That’s why we are focused on getting federal funding for our businesses that are shuttered with absolutely no way to have income. If we can’t get venues the type of support they need until they can start operating at full capacity, where are the artists going to play? They’re going to get on a bus and have no place to pull over to.“

At its conception, the association sent an official Letter To Congress asking for financial relief. The appeal included the following statement:

“The cultural impact of our venues on our local communities is priceless. We are the steadfast incubators and launch pads for the most popular talent in the world. Our stages give artists like Adele, U2, Keith Urban, Prince, Lizzo, the Eagles, Wu-Tang Clan, and Foo Fighters their start. The world could be without the next Lady Gaga, Kenny Chesney, Chance the Rapper, or Bruce Springsteen if we cease to exist. Independent venues and promoters are crucial components of the music industry’s ecosystem, without whom there will be dire ramifications for artists as fan spending plummets.”

The association is actively formulating committees to take actions in the areas of lobbying and funding as well as building public awareness. Actions they believe are desperately needed if music venues are to survive beyond three to six months.

NIVA is seeking public support in letting legislators know they want to #SaveOurStages. Setting up a web page for people to visit and have their voices heard by sending an appeal to their local senators and congressional representatives.

You can support and have your voice heard here: #SaveOurStages