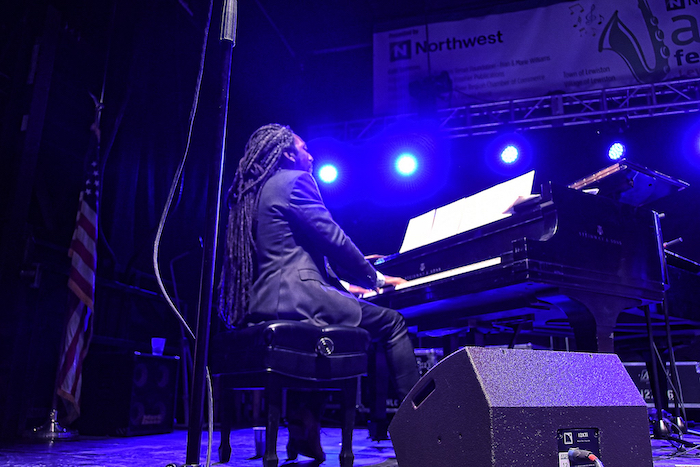 Organizing with impressive speed, the newly founded Jazz Coalition announced its first round of commission funds grantees. A total of 51 jazz artists were awarded a $1,000 grant each for the creative purpose of composing new works.

Brice Rosenbloom, a co-founder of the coalition, expressed in an email:

We are thrilled to announce the first round of Jazz Coalition Commission Fund recipients here. Because of your support we are able to award 51 commissions to the following deserving artists. Our esteemed jury of peers and colleagues voted and with a tie, we ended up at 51 total grantees.

Jazz artists were nominated by an inaugural slate of members. Each with unique circumstances of hardship as well as having creative works in progress. For instance, Elio Villafranca was awarded a grant and continues expanding his Grammy-nominated sweeping and pic orchestral Cinque. Vincent Herring, who conceived the Bird at 100 project that features Gary Bartz and Bobby Watson, was given a grant during the 100th Centennial Birthday of Charlie “Bird” Parker.

The 51 grantees were selected by an anonymous panel of 17 coalition members that included musicians, presenters, journalists, agents. The coalition will seek to produce a second round of commission funds via continued fundraising.

The grants represent a lifeline to jazz artists who are weathering the storm of the COVID-19 pandemic. Living in a state of uncertainty as jazz clubs, jazz festivals, and large gathering concerts are all in doubt until 2021. Many of the jazz artists took to social media once notified, including Elio Villafranca:

“Proud and honored to receive the Jazz Coalition’s Commission Fund alongside 51 great artists. Special thanks to the jury of peers and colleagues who voted for me.”

The coalition, jazz artists, and audiences worldwide look forward with anticipation to the creative new works by the chosen grantees.