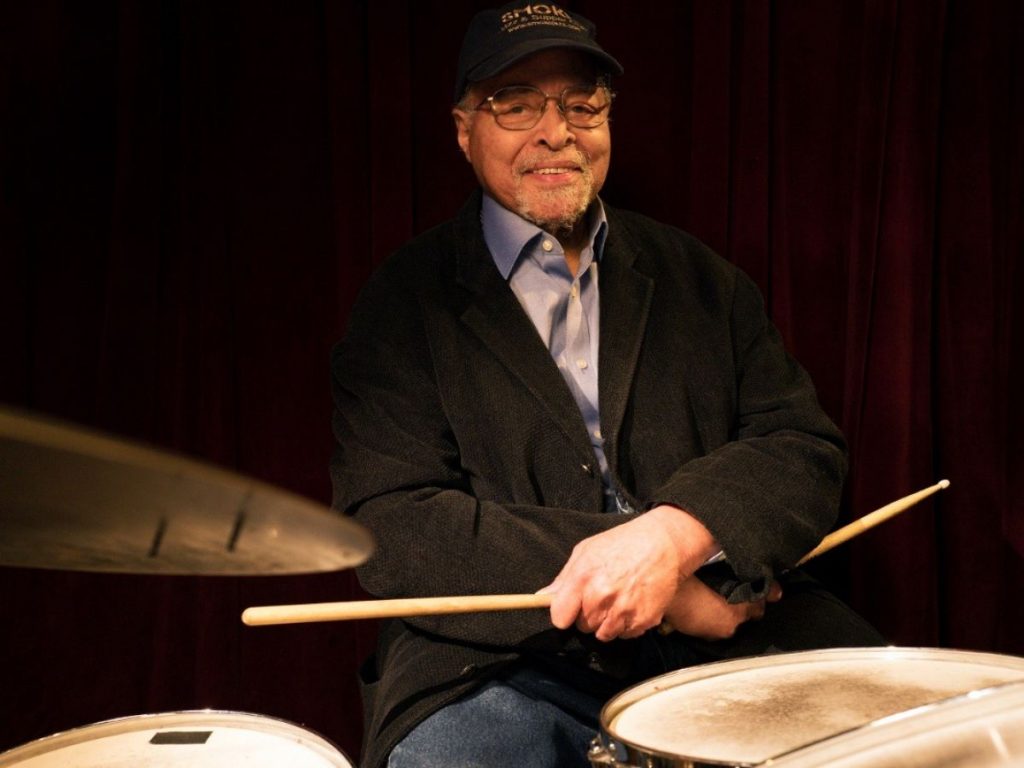 The legendary drummer and the last surviving member of the famed Kind of Blue ensemble led by Miles Davis, has died at the age of 91. Cobb reportedly died on Sunday, May 24th. According to Cobb’s wife, Eleana Tee Cobb, the cause was due to a battle with lung cancer.

Early news of Cobb’s death has sparked an outpouring of comments and sentiments on social media from peer musicians and audiences alike.

Sir Jimmy Cobb. You swung loving energy to everyone. We will always love you. RIP. ? pic.twitter.com/uUdgpz7PrC

Todd Barkan is reporting the death of jazz drummer Jimmy Cobb, best known for his work on the seminal Kind of Blue album. If true, this is a devastating loss—the death of a beloved musician, but also the end of an era, as we lose the last surviving member of a historic ensemble. pic.twitter.com/0dOLFWkYO5

A Master. A profound influence on my playing. Thank you for the music, sir. Rest In Peace. pic.twitter.com/SnuCaWwBmB

Grandmaster Jimmy Cobb has joined the ancestors …. Thank you for leaving so much to so many….
Rest In Peace Jazz Warrior?? pic.twitter.com/t5GoI6dLo8

Born Wilbur James Cobb in Washington DC, was best known throughout his career as the drummer who recorded the classic Kind of Blue album in 1959. The album featured Miles Davis, John Coltrane, Cannonball Adderley, Paul Chambers, Bill Evans, Wynton Kelly, and Cobb. Cobb also played on Sketches of Spain, Someday My Prince will Come, Live at Carnegie Hall, Live at the Blackhawk and Porgy and Bess with Miles Davis.

In 2008, Cobb received the NEA Jazz Masters Award, the highest award for jazz musicians in the United States.

Other artists with whom Cobb has worked include John Coltrane, Nat and Cannonball Adderley, Sarah Vaughan, Benny Golson, Dinah Washington and Wes Montgomery.

In February, the daughter of Jimmy Cobb had launched an online fundraiser to help her father with medical issues that caused physical and financial challenges for the legendary jazz drummer.

“He’s dedicated the last 70 years of his life to the art of jazz, and although there’s nothing he’d rather do than continue to support himself and his family while doing what he loves, it has become far too difficult of a task,” Serena Cobb wrote at the time.

Cobb’s lasting legacy will be in remembrance of “Kind of Blue” that spawned a life as one of jazz’s greatest drummers.

One thought on ““Kind of Blue” Drummer, Jimmy Cobb, Has Died At The Age Of 91”