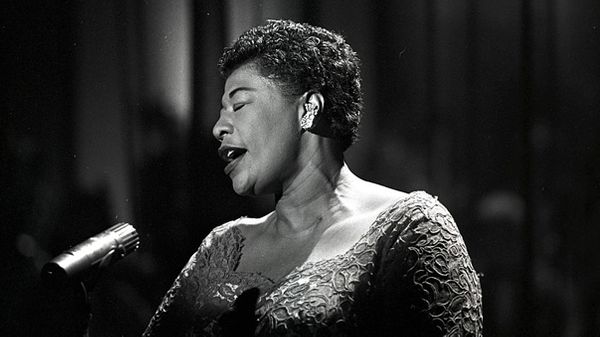 The 2019 documentary about the life of the iconic Ella Fitzgerald has made its way to the United States and to the WNY region.  Ella: Just One of Those Things is available virtually through an arrangement with The Screening Room and its virtual cinema.

The film is directed by Leslie Woodhead and produced by Reggie Nadelson for Eagle Rock Films. It uses never-before-seen images, unheard interviews, archive material, and performance footage to give viewers an in-depth portrayal of one of the greatest singers in jazz and American pop music. Strikingly relevant to our times today, the film provides a story on her commitment to the Civil Rights movement. And, unknown to audiences worldwide, how this created a conflict in her life as a performer.

Ella: Just One of Those Things, like most must-hear folklore, spends time on the telling of her appearance and humble beginnings at a talent contest at the famed Apollo Theatre in Harlem, NY in 1934. The story begins with her nearly booed off the stage at her attempted dance routine at the age of 15. Being quick on her feet, Fitzgerald launched into singing a song and won the crowd over. Thus, she began a lifelong journey as a vocalist until her death in 1996at the age of 79.

The story of Ella Fitzgerald cannot be told without the story of America and racism. The new Personal racism experienced by Fitzgerald is presented by the filmmakers. In her personal life, Ella Fitzgerald struggled with finding a balance between stardom and a longing for love and family life. We hear a rare interview with Ray Brown Jr, her son from her second marriage to bass player Ray Brown.

The documentary includes interviews with many who knew Ella and those influenced by her. You will hear perspectives from the likes of Tony Bennett, Johnny Mathis, Smokey Robinson, Cleo Laine, Andre Previn, and Patti Austin among others.

The film is narrated by actress/singer Sharon D. Clarke. The British jazz star Jamie Cullum says, “her music is one of the reasons it’s worth being on this planet.” The film, Ella: Just One of Those Things, is also worth watching.

Here is the trailer for the film:

The documentary is $12 to watch and you will have 7 days to watch the film from the time of your purchase and 3 days to finish watching the film once you have started watching it.

You will be able to find the film virtually here at his link on the Screening Room website: https://www.screeningroom.net/virtual-cinema. Additionally, you can find it on the eventive website here: https://watch.eventive.org/ellamovie/play/5ed1a01259704600627c6483

The film is currently available virtually in other states and cities throughout the country.  Refer to the eventive website here: https://watch.eventive.org/ellamovie