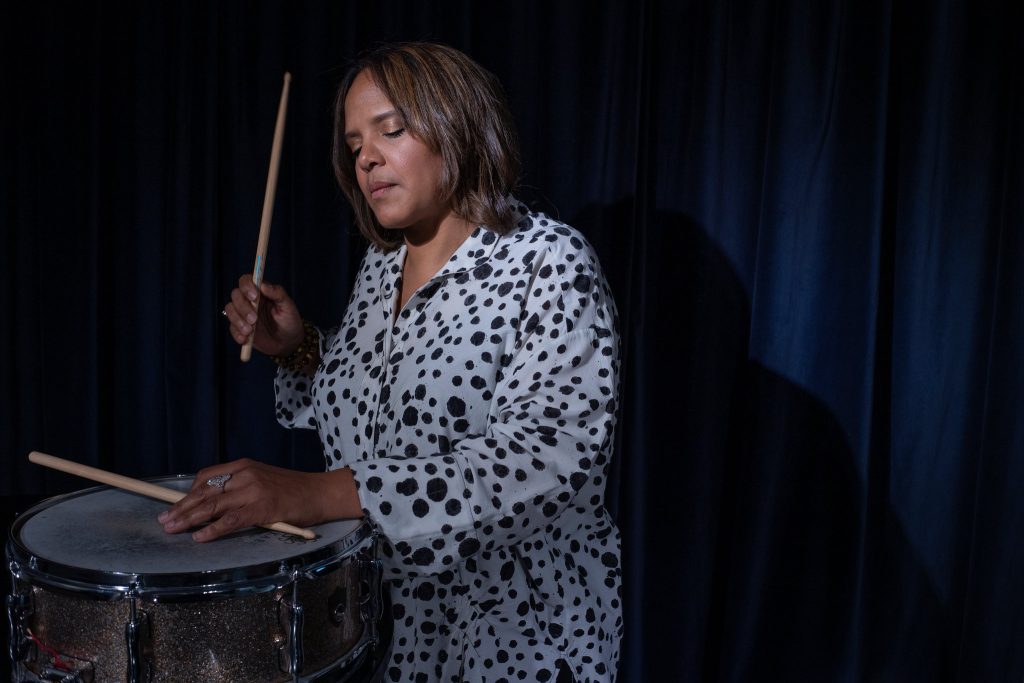 The 68th Annual Downbeat Critic’s Poll was announced on July 6 and one of the big winners was bandleader, drummer, a civil advocate Terri Lynne Carrington. Carrington made history by becoming the first female instrumentalist to win the prestigious Jazz Artist of the year category. Additionally, her recent album release, Waiting Game, received the most votes for the Best Jazz Album.

“As a musician, producer, educator and activist, Terri Lyne Carrington is an amazing force in the jazz community,” said DownBeat Editor Bobby Reed. “Her skills as a bandleader are evidenced not only by the incredible music on ‘Waiting Game,’ but also by the many accolades she has received. We are proud to present her with three DownBeat Critics Poll awards to add to her growing collection of honors.”

Other notable winners include Charles Lloyd for Tenor Saxophone, Joey DeFrancesco for Organ, Stefon Harris for Vibraphone, and Kenny Barron tied with Kris Davis for Piano. Winner for Rising Star-Piano is Aaron Diehl.

Named to the Hall of Fame was the late saxophonist, Jimmy Heath, who died in January of this year.

The August issue of DownBeat includes the full results of the poll, along with features on poll winners Ambrose Akinmusire (Trumpet), Joey DeFrancesco (Organ), Steve Swallow (Electric Bass) and others. A complete list of winners is below.

This year’s winners are listed below.

Beyond Artist or Group: Dr. John