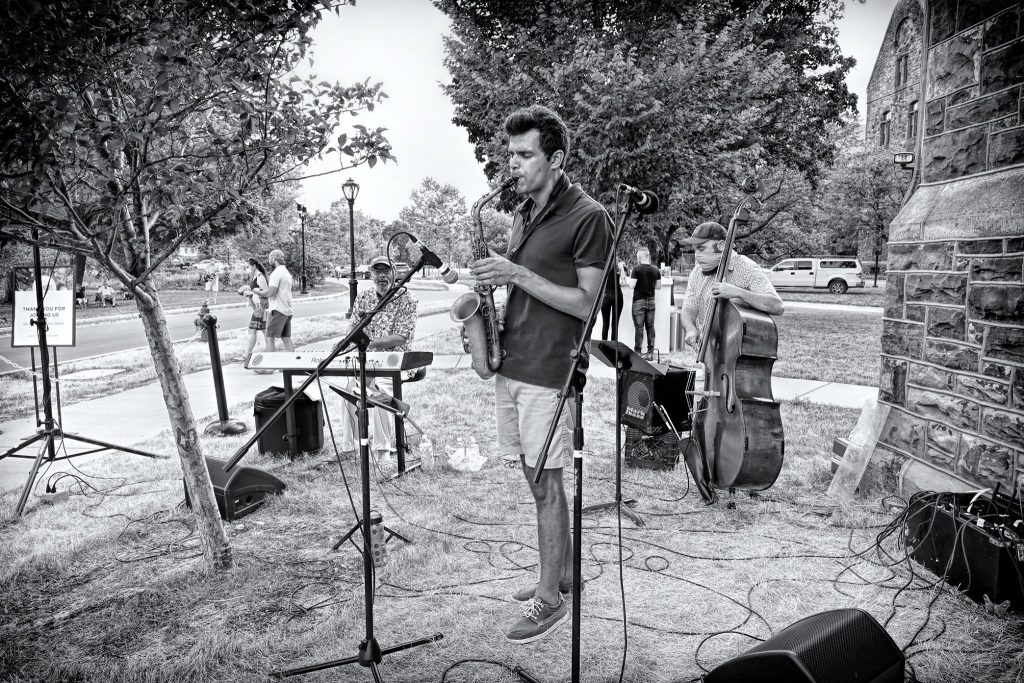 As was an element of the day, the trio and audience had to ride a wave of losing power. No worries for Scozzaro and Goehle as they moved out front a bit and played acoustically for the audience. While missing the stellar sound engineering of Mark Percy due to the outage, they nevertheless projected out to a music starved audience.

When they did have power and accompanied by George Caldwell, they tapped into the reservoir of standards from the likes of Duke Ellington and Billy Strayhorn. A delight for everyone.

Another superb night of music enhanced by the audience, the support of the excelling staff of the Hotel Henry, and untiring support from sound engineer Mark Percy.

We had the presence of JazzBuffalo contributor and our superb jazz photographer, Jack Zuff. Jack captures the beauty and the captivating ambiance of the Hotel Henry as well as the public south lawn setting for the Hotel Henry Henry Summer Jazz Series. Enjoy: