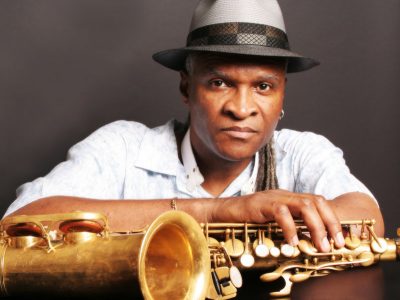 For many, an annual summer rite has been to attend the two consecutive weekend Sundays of the Pappy Martin Legacy Masten Jazz Festival. Held annually every summer in July on the grounds of the Buffalo Science Museum, this year marks the 25th anniversary of the festival. Due to the coronavirus pandemic, the festival will host its first-ever virtual live stream on Sunday, July 26 from 3 pm to 6:30 pm to celebrate a milestone anniversary.

The festival, started by jazz musician James “Pappy” Martin in 1996, honors the legacy of Pappy Martin since his passing in 2015. Originally founded as the Masten Jazz Festival, the annual event was renamed in 2015 to honor the legacy of its founder, community leader, and notable jazz artist.

Curtis Lundy is an American double bass player, composer, producer, choir director, and arranger. Lundy is best known for his work as part of jazz vocalist Betty Carter‘s band, through whose ranks several renowned musicians passed. Lundy has played on other jazz artists’ recordings, including albums by John Hicks, Bobby Watson, and Johnny Griffin. Additionally, he has led his own groups throughout his career.

Bobby Watson, raised in Kansas City, Kansas, has enjoyed an illustrious career as a saxophonist, composer, arranger, and educator. As a member of the legendary Art Blakely and The Jazz Messengers for four years (1977-1981), he went on to form one of the preeminent jazz quintets in the modern era, Horizon. Originated in association with Curtis Lundy and drummer Victor Lewis, the band created a uniquely modern sound that lives on today.

Throughout the years, Watson has worked with notable jazz artists Max Roach, Louis Hayes, George Coleman, Sam Rivers, and Wynton and Branford Marsalis, as well as vocalists Joe Williams, Dianne Reeves, Lou Rawls, Betty Carter, and Carmen Lundy. He has recorded 26 albums as a leader and appears on over 80 recordings. Over 100 of his compositions have been recorded as well.