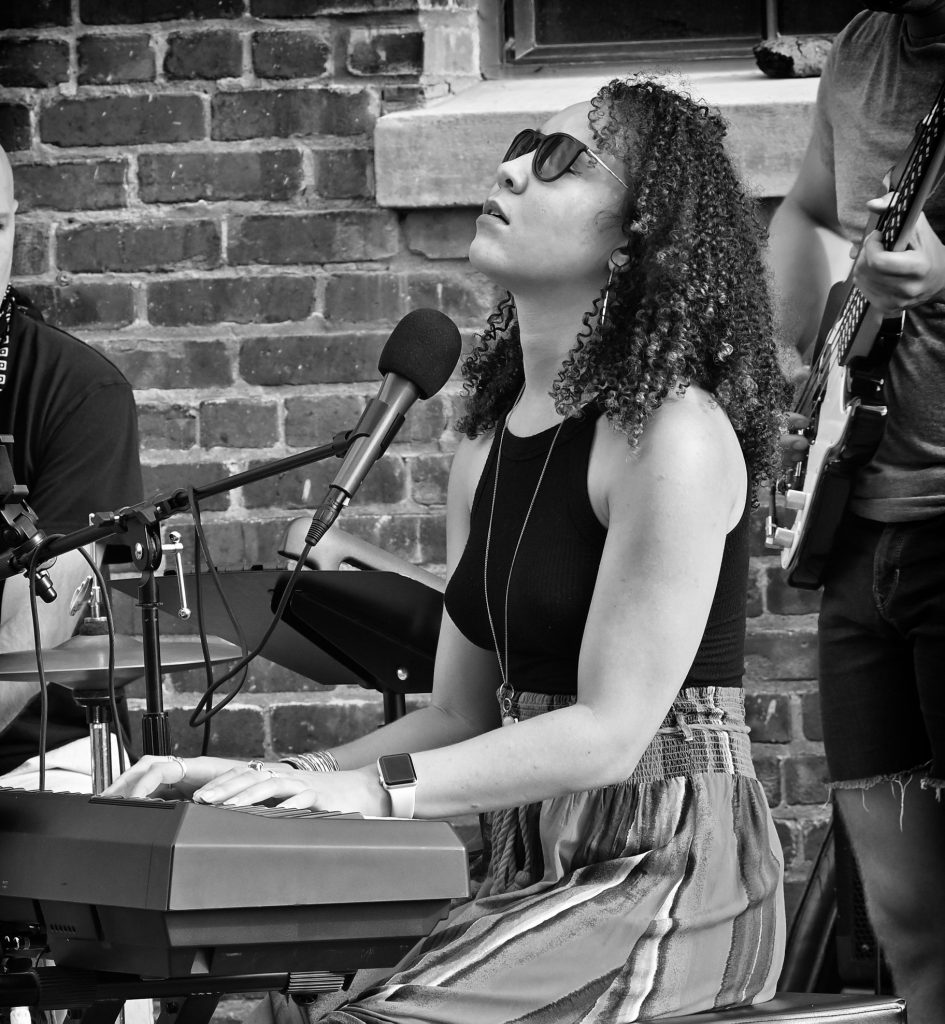 The coronavirus pandemic has caused many of us to revisit old passions. Discover new ones. And, to make more than incremental steps in developing or evolving latent talents.

One such person taking more than just a step forward while sheltering at home is the multi-talented jazz vocalist Alex McArthur.

McArthur was invited to perform at the Jazz at Chandlerville Series hosted by JazzBuffalo on Thursday, July 30. The burgeoning destination of Chandler Street offering an appropriate stage for Alex to release a butterfly of originality from the cocoon of the pandemic. While several in attendance may have wondered where the “young girl” who can belt out standards went, by the end of her second set she had won them over as the “young woman” and artist.

It was evident from the start that McArthur was going to go all-in on her evolving talents behind the keyboards while singing. Launching into rearranged tunes from Michael Jackson and Phil Collins. And, most importantly, letting go by introducing several original tunes that showed maturity in not only her vocals but also her emergence as an artist with something to say.

Alex often has performed as an accompaniment to others. Whether it be her own peer group or college faculty musicians where jazz standards are often the standard fare. In this case, she was encouraged to pull together next-generation jazz artists who would be stellar additions for her to showcase her originality. These being Adam Bronstein on guitar, Joe Goretti on drums, and Anthony Henry on electric bass.

It was an enthralling evening of watching a young woman fuse jazz, pop, and original music together to give us a glimpse at something we have not seen before. The emergence of Alex McArthur – the artist.

What a treat it was for those who attended.

3 thoughts on “The Emergence Of Alex McArthur – The Artist”