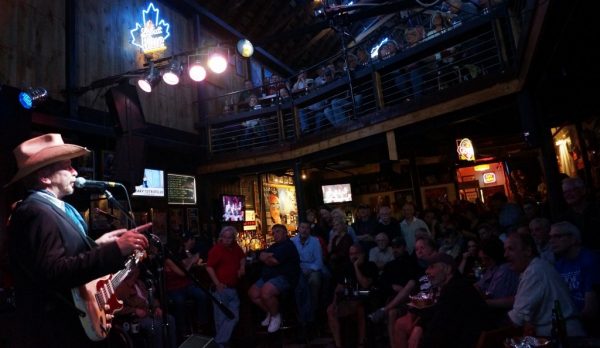 In a significant win for venues across New York State, Justice Frank Sedita ruled in favor of the plaintiff’s contesting the state’s ban that live music cannot be advertised and ticketed.

In an effort led by Dwane Hall of Sportsmen Tavern and attorney Paul Cambria, the previous “incidental music” definition and guideline originated in a lawsuit against the advertising and ticketing ban. The ruling severely limited the ability of venues and musicians to advertise performances.

In a statement provided to WBEN 930 Radio, attorney Paul Cambria explained the decision:

This is a much-sought win for venues who depend on advertising weekly shows that are well within capacity and distancing guidelines enforced during the coronavirus pandemic. It now means that venues and and musicians can promote as well as ticket upcoming performances.

There is no word at this writing about whether the state will appeal Justice Sedita’s ruling.

UPDATE at 10 pm on 9/30: In this moving story with little documentation on the ruling available, WIVB is reporting the following:

The SLA released the following statement Wednesday night, saying: “We are considering all options, including filing for an immediate stay and appeal. Remember: we are still in the midst of a global pandemic, and with the threat of clusters around the state and cases surging across the country, preventing mass gatherings remains one of the best public health tools in our toolbox.”

They clarified that the order in the case only applies to the Sportsmans Tavern, not the entire state.

This indicates that the ruling applies only to one establishment, Sportsmen Tavern, and that other venues/establishment should proceed with caution until more clarification is attained.

(Jazz venues and musicians are encouraged to make use of JazzBuffalo’s event submission and promotional capabilities in light of the ruling.)