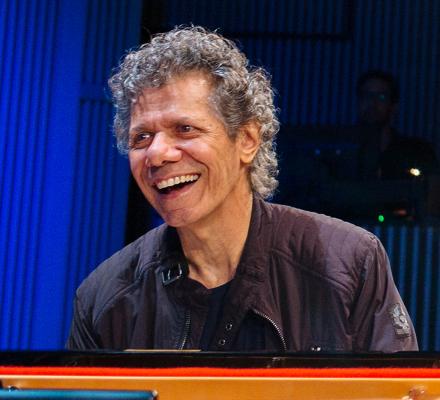 The legendary pianist, keyboardist, arranger, and composer, Chick Corea has died at the age of 79. The cause of death is due to a rare form of cancer, according to his family. Corea passed on Tuesday, February 9th.

Corea is considered one of the most important influences in jazz and jazz fusion. Having performed on multiple Miles Davis albums and pioneering the use of the electronic keyboard in jazz. He appeared with Davis on the monumental “Bitches Brew” album that ushered in the jazz fusion era in 1970. The album won a Grammy Award for Best Large Jazz Ensemble Album in 1971.

Corea’s fusion albums and performances helped to reshape jazz from the 1970s and onward. Personally reaching worldwide acclaim with the groundbreaking jazz fusion group he formed in 1972, Return To Forever. And, later in the 1980s, forming the jazz-rock group, Chick Corea Electrik Band.

Chick Corea is a DownBeat Hall of Famer and NEA Jazz Master, 23-time Grammy winner, and keyboard virtuoso. He is one of the most-nominated artists in the history of the Grammys, with 67 nominations. Including 4 Latin Grammy Awards, the most of any artist in the Best Instrumental Album category.

Chick Corea’s recent work from the 2000s to 2020 demonstrated wide-ranging diversity like no other. Performing straight-ahead to avant-garde, bebop to fusion, children’s songs to chamber music, along with some far-reaching forays into symphonic works.

The family released the following statement and a special message from Chick Corea on Facebook today:

It is with great sadness we announce that on February 9th, Chick Corea passed away at the age of 79, from a rare form of cancer which was only discovered very recently. Throughout his life and career, Chick relished in the freedom and the fun to be had in creating something new, and in playing the games that artists do.

He was a beloved husband, father and grandfather, and a great mentor and friend to so many. Through his body of work and the decades he spent touring the world, he touched and inspired the lives of millions. Though he would be the first to say that his music said more than words ever could, he nevertheless had this message for all those he knew and loved, and for all those who loved him:

“I want to thank all of those along my journey who have helped keep the music fires burning bright. It is my hope that those who have an inkling to play, write, perform or otherwise, do so. If not for yourself then for the rest of us. It’s not only that the world needs more artists, it’s also just a lot of fun.“

“And to my amazing musician friends who have been like family to me as long as I’ve known you: It has been a blessing and an honor learning from and playing with all of you. My mission has always been to bring the joy of creating anywhere I could, and to have done so with all the artists that I admire so dearly—this has been the richness of my life.”

Chick’s family will of course appreciate their privacy during this difficult time of loss.