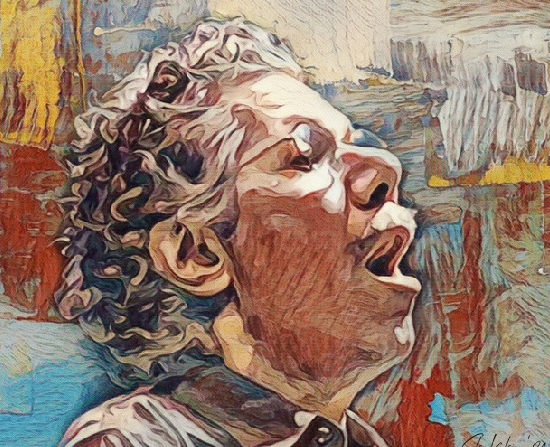 When Raymond Skalski found out about the recent death of Chick Corea, he was compelled as an artist to do what he has dedicated time to during the pandemic. In lieu of performing jazz music as a trombonist, he has turned to portrait artistry of jazz legends. (Read more in this recent article: Jazz Artist Raymond Skalski Creates Inspired Artworks Of Jazz Legends To Cope With Pandemic)

In this latest portrait, he chose Chick Corea. “I titled the portrait, ‘La Fiesta!’, which is a great tune with lots of energy!”, states Skalski. In particular, Raymond referenced the Chick Corea composition performed with Stan Getz on the 1974 Stan Getz album, Captain Marvel. He shared,

“I listened to the recording of him playing with Stan Getz several times while I was doing the portrait and tried to express the energy and emotion of Chick playing that tune, which really resonated with me during the creative process.”

Here is the recording Skalski listened to while creating the portrait:

Raymond also had an affinity with the song dating back to his college days:

“I remember doing a big band arrangement of ‘La Fiesta’ when I was in the bone section with Buffalo State College Jazz Ensemble, while on a European tour in 1982.”

We are happy to present this unique portrait by Raymond Skalski that honors the energy characteristic of Chick Corea compositions.