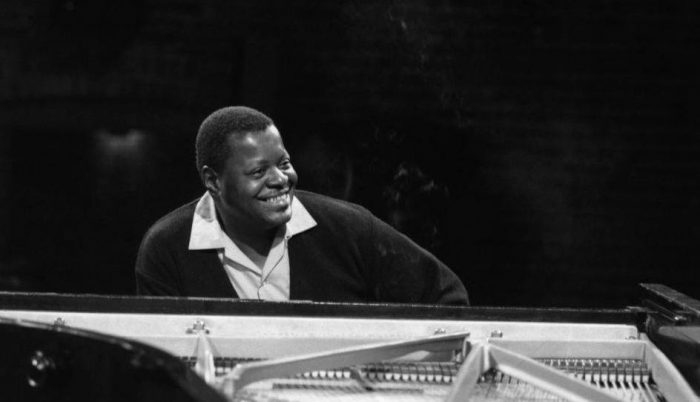 Just across the border, there is a 30-year ongoing project that celebrates Canadian heritage and history. The Heritage Minutes collection is a bilingual Canadian legacy project comprised of 60-second short films, each depicting a significant person, event or story in Canadian history. They are produced by the non-for-profit organization, Historica Canada. First released in 1991, the Heritage Minutes have been shown on television, in cinemas and online, and have become a part of Canadian culture. Today, the collection includes 90 episodes.

The latest episode of Heritage Minutes will cover one of the most significant jazz artists to not only come of Canada but also put his mark on jazz history. The newest installment by Historica Canada’s Heritage Minutes celebrates the legacy of renowned jazz musician and pianist Oscar Peterson.

Peterson grew up in the Black working-class community of Little Burgundy (St. Henri) in Montreal. His father, a railway porter, saw music as a ticket out of poverty for his children and insisted they learn piano and a brass instrument.

Peterson emerged as a celebrity in Montreal’s music scene in the early 1940s. Though he found international success, Peterson made Canada his home base. His 1964 Canadiana Suite was one of his most acclaimed albums. The popularity of his many albums and his numerous awards and honors established Peterson as the first jazz star that Canada could truly call its own. He is widely regarded as one of the greatest jazz pianists of all time.

The Oscar Peterson Heritage Minute focuses on the circumstances in which Peterson grew up and follows his rise to fame, from his early years as a piano prodigy and adolescence in Johnny Holmes’ band, to his later success headlining Montreal’s Alberta Lounge with his own trio.

Historica Canada has also released a companion video to support the launch of the Oscar Peterson Heritage Minute. Narrated by Peterson’s daughter, Céline Peterson, this educational video expands on the history of Little Burgundy and explores the rise of jazz within the community.

“Oscar Peterson’s music is timeless, and so is his story,” said Anthony Wilson-Smith, President and CEO of Historica Canada. “From a childhood of poverty and battles against racial discrimination, he rose to become one of our most celebrated Canadians, and someone whose musical skills remain revered around the world.”

For a fascinating in-depth history of the great Oscar Peterson, be sure to visit The Canadian Encyclopedia version. You’ll be able to read about as well as view videos that extensively details his family, early years, career highlights, and his influence on jazz and jazz pianists.

For your viewing pleasure, here is the Heritage Minutes video of the legendary jazz pianist, Oscar Peterson:

This Heritage Minute was filmed in September 2019. It was produced by Historica Canada and Late Bloom Media and filmed in Toronto, ON. It was written by Brynn Byrne, directed by Aaron Yeger, and produced by Sarah Jackson.