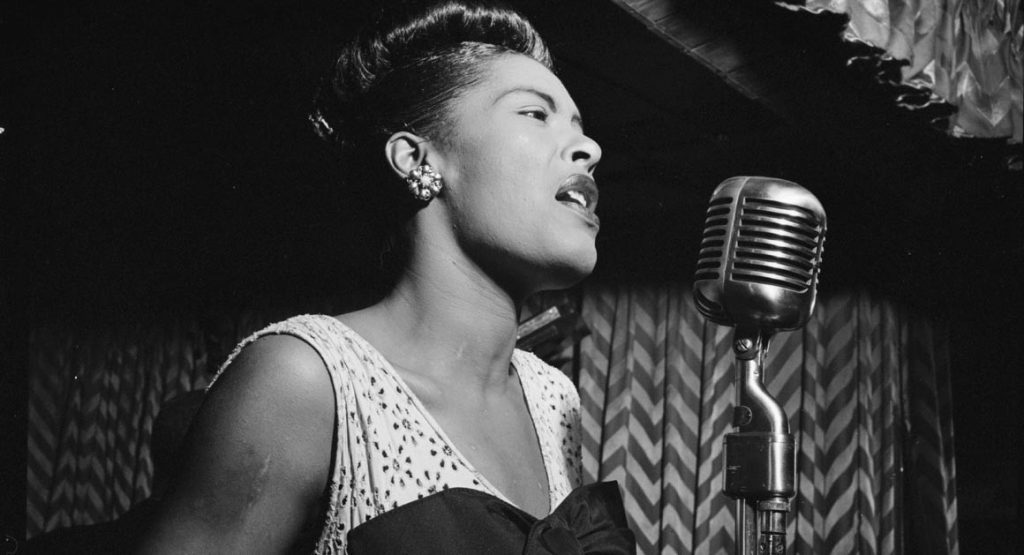 There was plenty of promotional hype regarding the release of the movie The United States vs. Billie Holiday. The movie featured actress Andra Day in the role of the legendary jazz singer. Her individual performance was magnificent. Earning her a Golden Globe for a riveting portrayal.

It was a good thing that Day was able to carry the movie in a herculean manner. The movie as a whole is a major disappointment. It was as if Edward Scissorhands found his way into the editing room, could not control his hands, and they had to put the movie back together. While it made an attempt to correct the inaccuracies of Lady Sings The Blues that featured Diana Ross in the role of Billie Holiday, it did so in a very disjointed way. Despite marveling at Andra Day’s performance, it was an excruciating watch.

Telling the true story of Billie Holiday perhaps is best suited for a film documentary. The storytelling is released from the constraints as well as liberties taken in a movie involving actors/actresses. For instance, in the fictionalized Lady Sings The Blues, Holiday’s abusive husband Louis McKay is played by Billy Dee Willams. He is portrayed as a helpful and supportive partner. Whereas in The United States vs. Billie Holiday, the movie attempts to correct this by showing him to be abusive, violent, and manipulative. Except it is done by ill-timed cameo effect and felt stereotyped.

This leads me to recommend viewing the documentary Billie to understand the tension between beauty and the addictive dark clouds that hovered over Holiday’s life. It is a masterful film produced by the award-winning filmmaker, James Erskine. Through rare interviews, historic photos, films, and perspectives, you can arrive at an understanding of the gift Holiday possessed yet how she carried demons she could not shake. What also makes the film unique is the colorization process of photos and films used in the documentary.

The documentary uses 200 hours of cassette tapes by biographer Linda Lipnack Kuehl. Kuehl died in 1978. We get a more accurate eyewitness perspective. You hear from Count Basie, Tony Bennett, Charles Mingus, and Sylvia Syms. From friends, ex-lovers, and FBI agents who kept her under surveillance. This same “cassette tape” anchoring technique was used in the fabulous I Called Him Morgan documentary about the late jazz trumpeter Lee Morgan.

Sadly, Kuehl died before being able to write the biography she intended.

Here is the trailer for the film that is currently showing on Amazon Prime:

In a lesser-known documentary, Billie Holiday: Sensational Lady, you can watch a more straight-forward filmmaking style. We get the factual story of Billie Holiday. It does tell Holiday’s story well. You will have a better idea of the life and struggles of the jazz vocalist who died at the young age of 44.

You can watch the 1-hour film documentary here:

If you are looking for a historical documentary style, then these two film documentaries will provide unique insights. Far more than Lady Sings The Blues and The United States vs. Billie Holiday can provide.