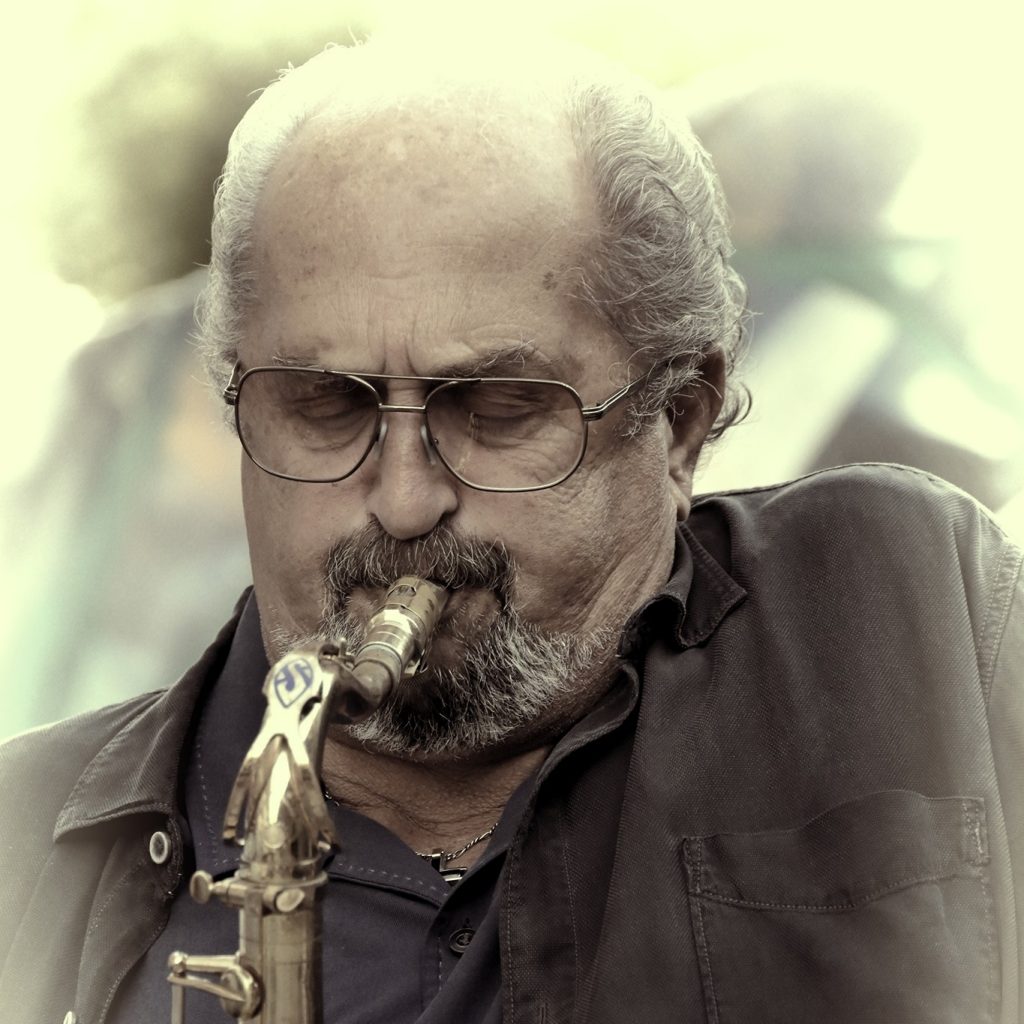 In the lives of many, there are pivotal moments and years that have a lasting effect throughout an entire lifetime.  Like a ripple effect in water pierced by a stone, these moments touch and influence a multitude of people.  Expanding and reaching further outwards.  Shaping the future for all those who are fortunate to experience the ripple of influence wash over them.

Phil DiRe, who died on May 26 at the age of 80, was such a person who caused a momentous ripple effect. Influencing the lives of many.  The years that span 1972 to 1980 represent some of the most momentous years in Phil’s life.  As well as the lives of others during that timeframe.  It is not to say other years did not matter and did not become pillars in Phil’s life.  But it to say that Phil, as a musician, influenced the lives of many musicians and the history of jazz in Buffalo during this time.

In November of 1972, Phil led the first edition of the Buffalo Jazz Ensemble in a concert at the Buffalo Central Public Library to a standing-room-only audience.  The ensemble went on to perform concerts at such venues as Artpark, Studio Arena, Keenan Center, and others.  Including gig dates at the old Bona Vista Lounge on Hertel Avenue as well as the Student Union Social Hall at Buffalo State College.

In 1975, Buffalo was the center of a pioneering concept in the country.  It was one of the firsts to receive city, state, and federal funding for jazz performances.  Phil negotiated a unique arrangement with the City of Buffalo under Mayor Makowski, the NY State Council on the Arts, the National Endowment for the Arts, the local Musician’s Union, and the newly formed non-profit created by Phil – Association for Jazz Performance.  Which launched an ambitious program to fund an ongoing series of concerts in every park, cultural center, and school in the city.

The Buffalo Jazz Ensemble performed in these concerts and exposed many of our youths to the music of jazz.  Their very first event took place at the steps of the Albright-Knox Art Gallery.  Which became a weekly event in summer.  And eventually continued with sponsorship from the Buffalo News and Editor Stan Lipsey post-1980 starting with the Buffalo Jazz Workshop, led by Sam Falzone.

Prior to these pivotal years, Phil was assigned, while serving in the Marines, to the White House. Where he led the White House Jazz Quartet during the overlapping Johnson and Nixon administration years.  Which put Phil next to the likes of Duke Ellington, Stan Getz, Gerry Mulligan, Dizzy Gillespie, and Billy Taylor.  It also enabled him to perform with one of his best friends in life, the legendary drummer, composer, and arranger Justin DiCioccio.

At the end of the 1970s decade, Phil accepted an invitation to move out to Las Angeles to make a living as a studio musician.  Before leaving, he turned the jazz ensemble over to Sam Falzone. Where it eventually became known as the Buffalo Jazz Workshop. Operating on a smaller budget and scale.

Feeling unfulfilled in his role as a studio musician, Phil took up a friend’s request to join him at a recently opened club in Palm Springs.  The club was owned by the famous singer Keely Smith. Phil quickly made an impression on Smith and became her music director, arranger, and conductor. This Keely Smith ensemble, which also featured noted saxophonist Sam Butera, went on to become one of the most popular bands to ever tour the Las Vegas and Atlantic City circuit. The band was the follow-up act to the great Louis Prima band of the 1950s, which featured Keely Smith as their singer. As the music director of the band,  Phil found himself performing with greats such as Frank Sinatra, Sammy Davis, Jr., Billy Eckstine, Tony Bennett, and other legends in jazz as well as American popular music.

By 1982, the constant touring, time away from family, and the tragic loss of his son Michael at an early age, brought Phil back home to the Buffalo region.  In 1994, Phil founded the company SuccessWare as a way to help run his family’s HVAC business that his father began, Sunbeam Heating and Cooling.   Typical of Phil, he persevered and wrote the core of the computer program for SuccessWare without any formal training.

The calling for jazz and blues music never left Phil.  In his later years, he took up performing with fervor again locally as well as in Florida.  Playing alongside friends and in special reunions.  He relished the roles of serving as an advisor and mentor.  Taking a strong interest in seeing the revival of jazz locally and offering support.

His later years served as a bookend, in many ways, to the first stone that caused a ripple effect in November of 1972.  The circling waves of the ripple effect continue to expand.  Touching and influencing the lives of jazz fans and musicians in the Buffalo region and beyond.

The ripple effect and influence of Phil DiRe will continue in perpetuity.   May he make glorious music in the heavens.

Phil is survived by his beloved wife of 57 years Geraldine “Gerri” DiRe.  He was a devoted father of Maria, Michelle, Deanne, and the late Michael J. DiRe.  He was affectionately known as “Papa” to his many grandchildren and great-grandchildren.  To Phil, the love of family rose above all in life.

(The family will receive friends on Monday from 3-8 PM at the (Amherst Chapel) AMIGONE FUNERAL HOME, INC., 5200 Sheridan Drive (at Hopkins Rd.). A Mass of Christian Burial will be celebrated at 10 AM on Tuesday at St. Rose of Lima Church, 500 Parker Blvd. (at Parkside Ave), Buffalo. Please assemble at church. Entombment will follow at Mount Calvary Cemetery. In lieu of flowers, memorials may be made in Phil’s name to Mercy Flight, 100 Amherst Villa Road, Buffalo, NY 14225 or St. Jude Children’s Research Hospital, 262 Danny Thomas Place, Memphis, TN 38105. Share condolences at www.AMIGONE.com)

4 thoughts on “Phil DiRe, A Giant In Jazz And Life, Leaves A Lasting Legacy”