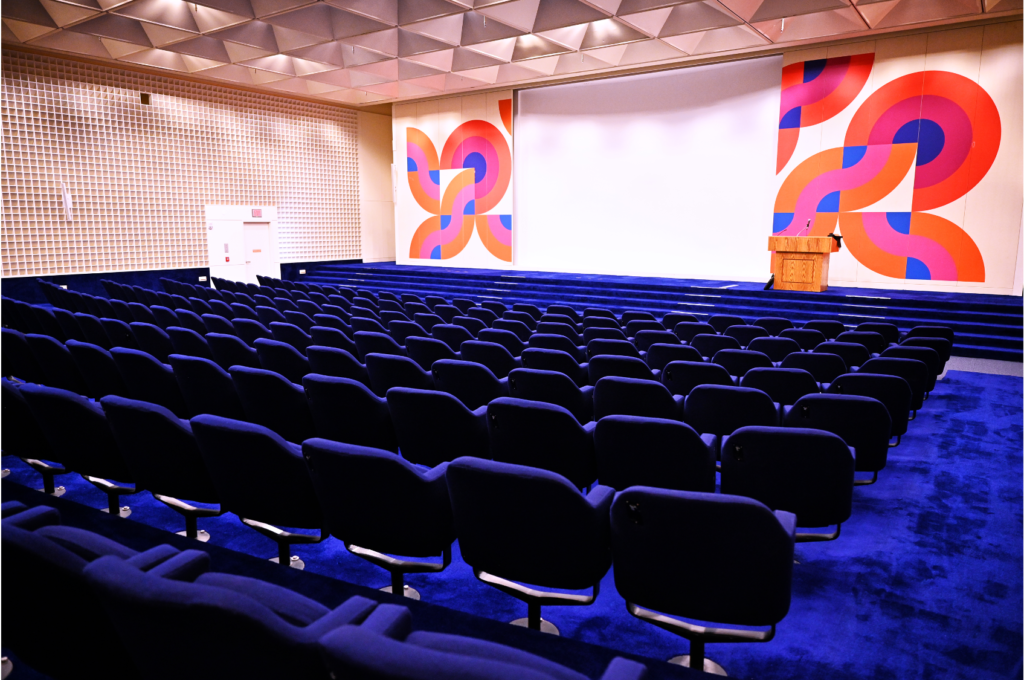 Special Introductory Tickets on Sale for Janet Evra: “A Night in Paris”

JazzBuffalo is excited to announce an expansion of its partnership with Seneca One in its endeavors to further community outreach.  Beginning Saturday, October 2nd with a concert by international jazz artist, Jane Evra, the Seneca One Auditorium will serve as a new home performance venue for JazzBuffalo programming.  Located in the revitalized Seneca One building, the venue offers spectacular views, audio, and comfortable seating for all.

Accessible through the Seneca One Lobby, concert-goers to JazzBuffalo events will have the ability to experience the Seneca One Lobby Bar.  Enabling pre-concert, intermission, and post-concert opportunities to gather with friends and family over drinks and food.

The Seneca One Auditorium seats approximately 230 and was constructed to serve as a high-quality acoustic facility.  Featuring acoustic walls and ceilings.  It had been used as a business lecture auditorium dating back to the original Marine Midland Bank occupancy.  Efforts will be made to modify the stage for concerts.

JazzBuffalo is seeking patrons who may have an interest in donating a baby grand piano.  In addition, a fundraiser for obtaining a piano is being considered.

For the first concert, Janet Evra: “A Night in Paris”, JazzBuffalo is offering for three days a special introductory ticket price of only $10.  Ending Sunday, July 18 in the evening and before ticket prices will be raised.  Seneca One and JazzBuffalo will hope for the community of jazz and music lovers to experience the auditorium and the new Seneca One Lobby Bar.  Prior to the concert, the highly regarded French ConéXion will entertain in the Lobby Bar.

To learn more about Janet Evra, see a video, purchase tickets at a special rate, and experience the new home venue for JazzBuffalo, visit the Eventbrite link below.  We hope to see you there!