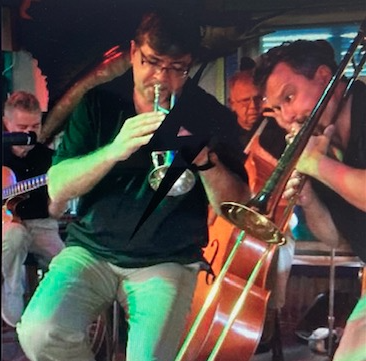 Mardi Gras is officially Tuesday, March 1st.  But that’s not stopping one of our partners, The Terrace at Delaware Park, or others from getting started this weekend!

Mardi Gras Celebrations at The Terrace!

JazzBuffalo’s partnership with The Terrace has some fabulous variety of Mardi Gras Celebrations happening this weekend! 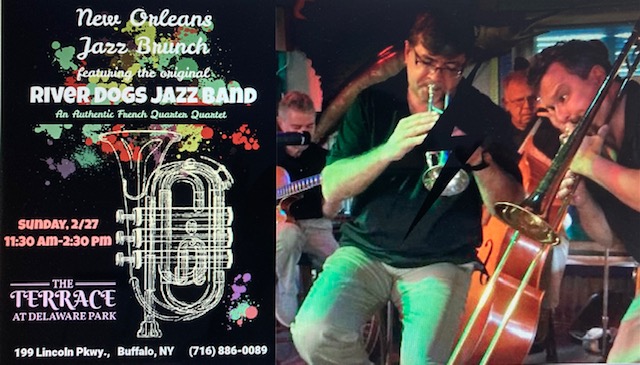 Hear the upbeat-and-swinging sounds of the Mardi Gras season with authentic New Orleans/Preservation Hall-style traditional jazz featuring the Original River Dogs Jazz Quartet which includes JazzBuffalo award-winning artists Tim Clarke (cornet) and George Kane (guitar/banjo), along with Ray Skalski (trombone/vocals), and Paul Zapalowski (acoustic bass). All in a wonderful historic and cozy setting that offers excellent food and drinks. Guaranteed to lift your spirits and get you into The Big Easy mood! 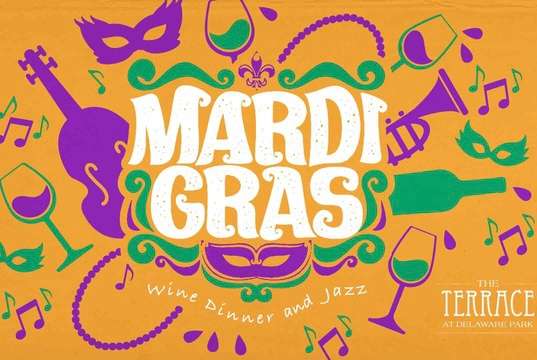 Ann Philippone: 4th Annual Mardi Gras Special at Jazz in the Pan Am Room at the Terrace

Celebrate Carnival 2022 in Buffalo with us at The Terrace with a Five Course Haute Creole Dinner paired with fine French wines a great New Orleans Music! Our regulars know we have strong NOLA connections are no stranger to great New Orleans cuisine. This event always sells out and is not to be missed. Price per Person $110 Ann Philippone has been one of the area’s most prolific jazz and blues pianists and vocalists for the past three decades.  She has performed internationally and has… 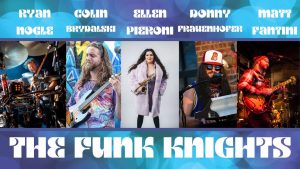 It’s Mardi Gras Season and The Terrace is the place to cellebrate in WNY! A full weekend of Carnival Events begins here with a tribute to one of New Orleans most Iconic bands. In addition to live music we will have an amazing Big Easy menu, cocktails, beads and throws for a #BUFFALOVENOLA show you don’t want to miss. 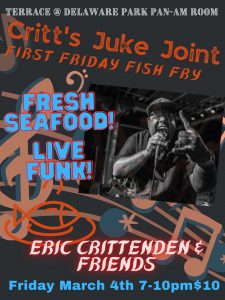 THE KONRAD PASZKUDSKI TRIO WITH PASQUALE GRASSO AND DYLAN SHAMAT – SATURDAY, MARCH 12TH!!
Announcing a very special concert that will take place on Saturday, March 12th at 7:30 pm! Visiting Buffalo is the jazz pianist extraordinaire Konrad Paskudski with his trio that features 2021 Downbeat Rising Star, jazz guitarist Pasquale Grasso and acclaimed bassist Dylan Shamat. They will perform a program highlighting jazz piano/guitar from the Great American Songbook that honors the intent of Gershwin and Cole Porter.  Not to be missed! The concert will take place at Hallwalls Contemporary Arts Center in the Cinema Theater. The number of seats is limited to the 80-100 range.
Tickets are $20. Get tickets either at this link at JazzBuffalo.org or at Eventbrite here: https://www.eventbrite.com/e/266848209177 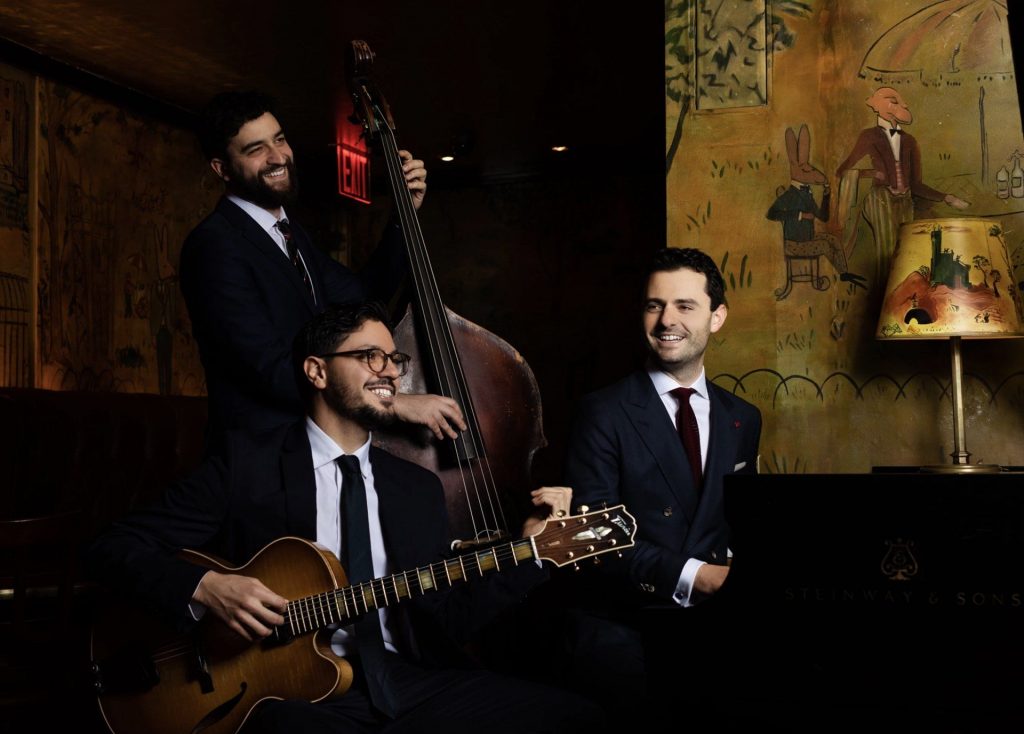 Make plans now, for Friday, March 18th, to not miss one of the rising stars in jazz, composer/saxophonist Remy Le Boeuf!  Don’t miss the Live at Seneca One experience!  And we need YOU to support such Grammy-Nominated jazz artists to stop in Buffalo!  We’re going to make it easy.  USING THIS SPECIAL PROMO CODE, EB9, WILL GET YOU TICKETS FOR ONLY $20!!!  Come on jazz community, we need you in those seats!! 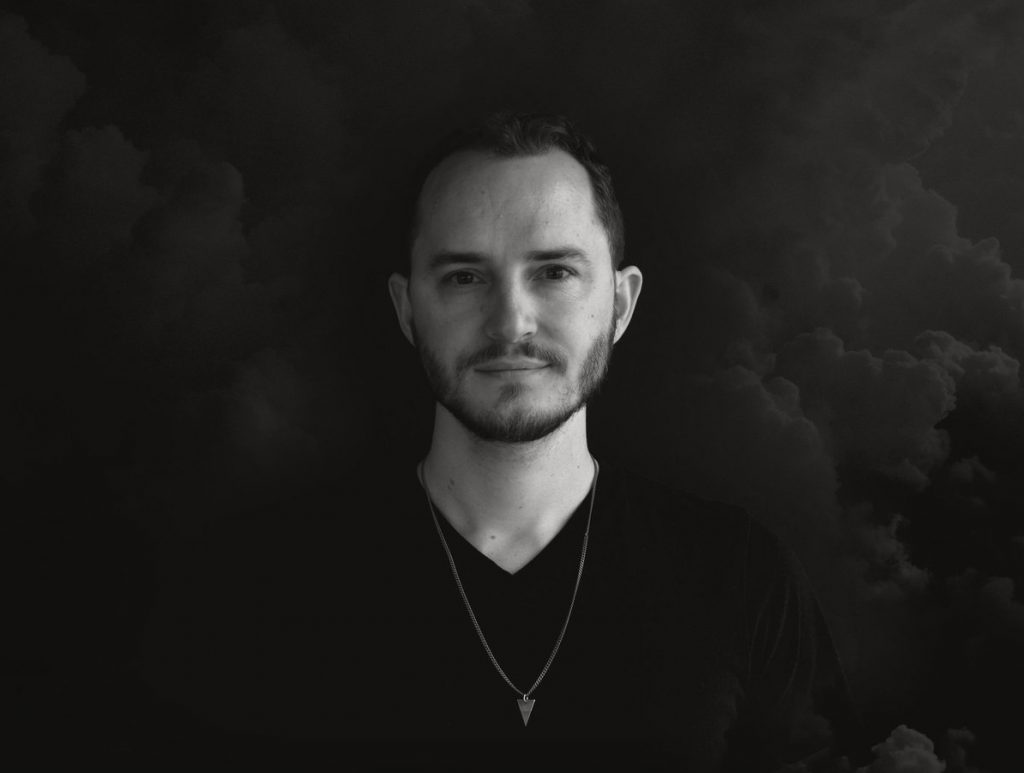 After a rousing first AOJ with the Campbell Brothers, get ready for the next Art of Jazz that will feature the dynamic and rising star Anat Cohen!  Voted number #1 Clarinetist in the Downbeat Critic’s Poll! 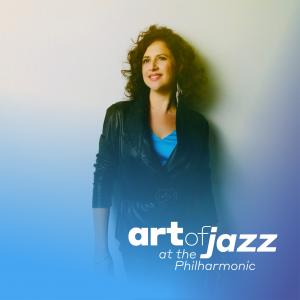 Be sure to check out the Upcoming Events section of JazzBuffalo.org for all the live jazz around town.  There is plenty of jazz happening throughout the city and the region!  Go here for more events:

We are introducing new videocasting updates for the JazzBuffalo and the Buffalo Community at large! 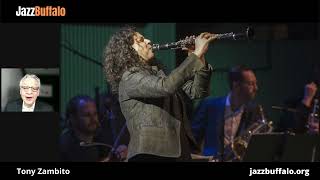 It may not be perfect but it is a beginning! We are launching the JazzBuffalo Videocast as a way to provide updates on JazzBuffalo, jazz in town, and community events. And, we’ll share news and profiles on those leading the way in the resurgence of Buffalo. Including interviews! You will find the videocast right here […]