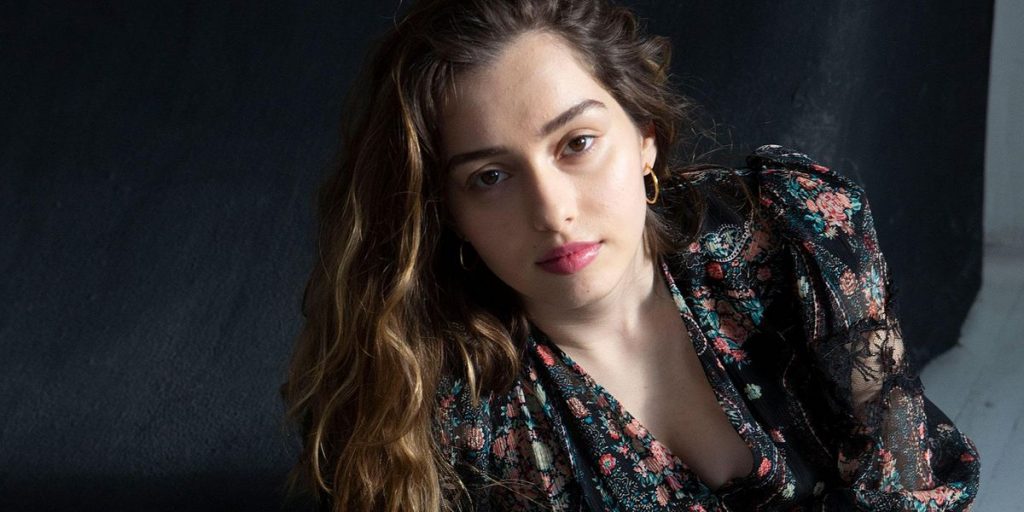 Live at Seneca One: Anaïs Reno

with Pete Malinverni and Julie Kurtzman

“The most impressive new jazz singer to appear on the scene since Veronica Swift.” – SCOTT YANO, L.A. JAZZ SCENE

“…This is a once in a lifetime voice..“
– STEPHEN MOSHER, BROADWAY WORLD

Many in the JazzBuffalo Community know that we have had the opportunity to present young female jazz vocalists such as Veronica Swift.  I first discovered Veronica in 2016.   Her introduction to the area happened at the 2017 Northwest Jazz Festival.  At that moment, an awakening took place that the next great jazz vocalist had arrived.

I have not been able to echo the same sentiments since.  That is, until now.  Bursting on the scene is a young woman currently being introduced to the jazz world.  Having already appeared at top jazz clubs such as Birdland.  We are excited to introduce and present Anaïs Reno on International Jazz Day, Saturday, April 30 at 8 pm.

Anaïs Reno is already becoming highly recognized as a rising star.   At a young age, she has accomplished much.  Winning prestigious awards and releasing a best of 2021 album.  And making the national news on NBC/CBS/ABC for her performance of “America the Beautiful” at the 20th anniversary of the 9/11 Yankees/Mets game.

Anaïs Reno is an Ella Fitzgerald Scholar and the winner of the 2016 Forte International Competition’s Platinum Award at Carnegie Hall.  In the fall of 2020, Reno was presented the Julie Wilson Award.  Her first album release, Lovesome Thing, peaked at #6 on iTunes’ Top 40 U.S. Jazz Albums. For this album, she chose 12 tunes by Duke Ellington and Billy Strayhorn.  Two of the most prolific composers of the Great American Songbook. Reno combines beloved hits such as “Mood Indigo,” “Take the ‘A’ Train,” “Lush Life” and “Caravan” with lesser-known but equally memorable tunes like “A Flower Is a Lovesome Thing” and “It’s Kind of Lonesome Out Tonight.” Helped by pianist Emmet Cohen both in accompaniment and arranging, Reno tackles the complex compositions that defy her youth.

“I have a very personal relationship with these songs,” says Reno. “Somehow I believe that the music of Ellington & Strayhorn understands me. This is why I want to honor it.”

At this special International Jazz Day presentation by JazzBuffalo, Anaïs Reno will share her love for the Great American Songbook.  She will be joined by Steinway Artist and one of the top pianists in jazz, Pete Malinverni.  Joining as well will be Reno’s Mom, Julie Kurtzman, an internationally recognized violinist.

The audience will experience the introduction of a young vocalist who is destined to rise to a place where the likes of Veronica Swift, Jazzmeia Horn, and Cecile Mclorin Salvant currently hold.

Tickets are at a special International Jazz Day price of $20.  The performance takes place at the fabulous Seneca One Auditorium.  The Seneca One Lobby and Bar will be open beginning at 6 pm for pre-concert drinks.  Pre-concert music will be provided by saxophonist Ellen Pieroni and guitarist Sean McNamara.  Doors will open at 7:30 pm.

To purchase tickets, click on the links below.  Entrance to the event on the day of the show will be $30 and cash only.  So, do take the time to get your tickets soon!

More information is available at this link at JazzBuffalo.org: Live ate Seneca One: Anais Reno