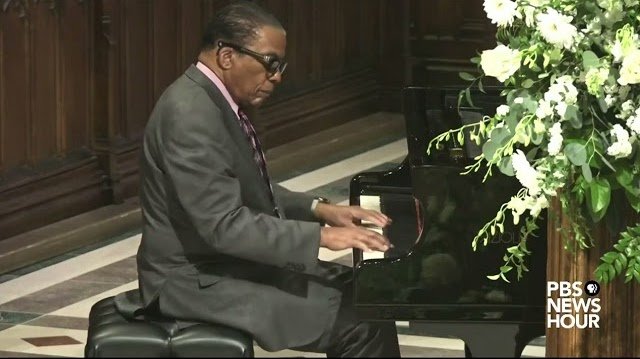 Albright died in March at the age of 84 after a battle with cancer. The first woman to serve as secretary of state, Albright was also a child of Czech refugees who fled from a Nazi invasion. She used her experience growing up in communist Yugoslavia and fleeing to the U.S. to inform her work on world affairs, becoming a staunch defender of democracy and human rights.

Herbie Hancock is an elder ambassador of jazz worldwide. Heading up the global celebration of International Jazz Day each year on April 30th. Albright was an advocate of music as a universal bridge to global peace.

The video of this special tribute was captured by PBS News: