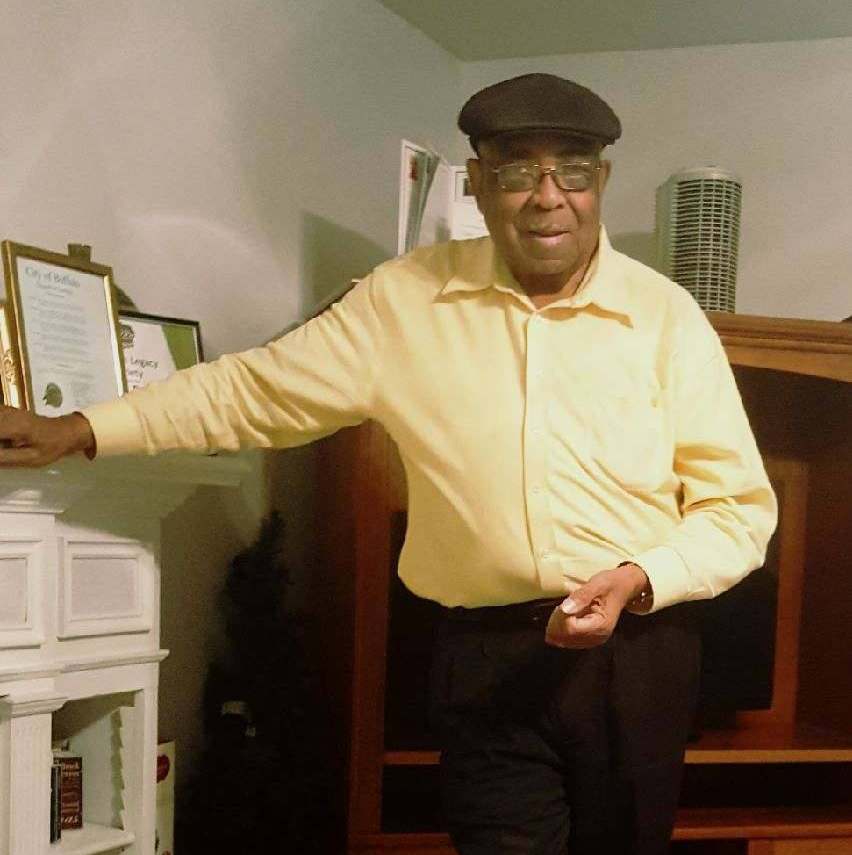 One of the long-time figures in the jazz scene in Buffalo has died after a brief illness related to an aneurysm. Charles Reedy became a central figure over many decades performing in various groups and participating as a member of the historic Colored Musician Club.

Respected and admired by many, Reedy served as a mentor to many. Including admirer, band leader, and drummer John Anderson. A few years ago, in 2014, John penned a biographical tribute to Reedy for AM Local 92 that is appropriate for this moment so that others may learn more about this esteemed musician who spent his life in Buffalo.

Charles “Charlie” Reedy has seen a lot, both as a human being and as a musician: He has lived on a farm and in the city, in the south and in the north, in segregated and post-segregation America, fought in a foreign land and entertained in towns and cities up and down the east coast. All of this has molded him into a passionate man who is often philosophical and almost always humorous.

In 1931 Charles Reedy was born into a sharecropping family in Tuscaloosa, Alabama. He would spend the first twelve years of his life here with his parents, nine sisters and one brother. He was the youngest. Despite the hard work, this was a joyous period in his life and a time of great learning. Charlie reminisces about the summer when he and his friends would watch a group of young black pilots in biplanes practicing take-offs and landings in a nearby field and waving to the young boys when they flew overhead: These men would become the Tuskegee Airmen. But, just as things were changing in the U.S. military so also were they for sharecroppers in the south. To support his family, Charlie’s father moved to Niagara Fall, N.Y., and got a job at Union Carbide. The following year, 1944, he arranged to have his family join him.

It is in Niagara Falls that music would fatefully come into his life. In Jr. High School he made a friend who had just recently gotten a tenor saxophone. His name was John W. “Spider” Martin, Jr. and he would eventually play with the likes of Lionel Hampton, Dizzy Gillespie, and Tony Bennett. But as a young player, he was looking to start his own band. Charlie had played a C Melody sax in the school band, but that wouldn’t work for the kind of music they wanted to play. Therefore Spider went to Charlie’s house and convinced his mother to buy him an alto. Together with Spider’s brother Pappy on trumpet they would begin to explore the world of popular music and jazz.

Soon he would team up with another set of brothers, the Hackneys: James on piano and Lewis “Lou” on bass. The latter would one day become a fixture in the bands of Dizzy, Miles Davies, Charlie Parker, Art Blakey, and Ella Fitzgerald. But for now, Charlie and various groups of these friends played every venue they could in Niagara Falls and throughout Western New York. To get work they joined the two union locals, including the Buffalo Colored Musicians’ Union Local 533. For many of them, success in these jobs led to work in touring bands.

Following high school, Charlie would tour throughout the eastern states. But the road was especially difficult for black musicians at that time: Rooming conditions were often deplorable, the pay was constantly shorted and not all towns were friendly. One evening the band’s car got a flat tire somewhere in mid-Pennsylvania. The band members took it off and rolled it down the road to a gas station they had recently passed. While the attendant was hospitable, offering to supply them with a good used replacement, a local state trooper who was passing by was leerier. After inquiring about their situation he left saying he would check on their car. When they made it back with the new tire a while later, they found all their gear and clothes strewn on the ground.

The road did have its high points and humorous ones also. One night he got to play with legendary composer and sax player, Lee Konitz in Erie, Pennsylvania. Then there was the night the band was booked to play the Apollo in NYC but had to miss the gig because two gangs had a stand-off outside the house at which they were staying. But in spite of these good times, Charlie eventually wearied of the road.

He decided to return home in June of 1950 and settle into a more stable career while continuing in the local music scene. All this changed in 1952 when he was drafted into the Army and shipped to Korea. Here he served in the 7th Division, L Company, got frostbite three times, fought at Pork Chop Hill, and eventually became an M.P. He even found a way to perform musically during this time, playing with the great jazz drummer Ed Thigpen on the transport ships both to and from his deployment in Korea.

Back in Western New York, Charlie continued his dual career. At Union Carbide he would eventually distinguish himself as the first black Union Tradesman when he became a licensed electrician in 1972. After 25 years there he would move on and distinguish himself by working for the City of Buffalo and the Buffalo Schools.

Musically Charlie continued to play, jamming with musicians at all the local hotspots including the Colored Musicians’ Club on Broadway in Buffalo, and with his old friends whenever they were in town. This included such players as Willie Dorsey, Alan Sheppard, Marvin Patterson, Willie Coleman, John Hartsman, and Grover Washington.

However, for Charlie, the musical high point and most touching moment of his career came in 1990 when the late jazz piano legend, Al Tinney, asked him to play in a tribute to Charlie Parker at the University of Buffalo. Parker had played in Tinney’s group when he was young and this made the selection even more poignant. Together with Sabu Adeyola on bass, they performed an evening of Parker’s greatest works. What made it especially memorable was when Al said he chose him because “You have that Charlie Parker sound.”

Nowadays you can hear Charlie playing with several groups in WNY including the George Scott Big Band every Monday night at the Colored Musicians’ Club. And, he is always willing to give a young musician a few pointers or reminisce about the great players whom he has known.

When asked what advice he would give to young players he stresses the need to play live and in as many situations as possible. And like he did with a master like Charlie Parker, they should listen to those who have defined their instrument. Also, unlike many players from his youth, he says that nowadays it is essential for young players to be as proficient as possible at reading music.

For Charlie it is not just a time to reflect on all the great memories, good friends, and the music of the past: It is time to go to the next gig and take the advice of his old friend Al Tinney, “Just go out there and do what you do.” And fortunately, we get to experience it with him.