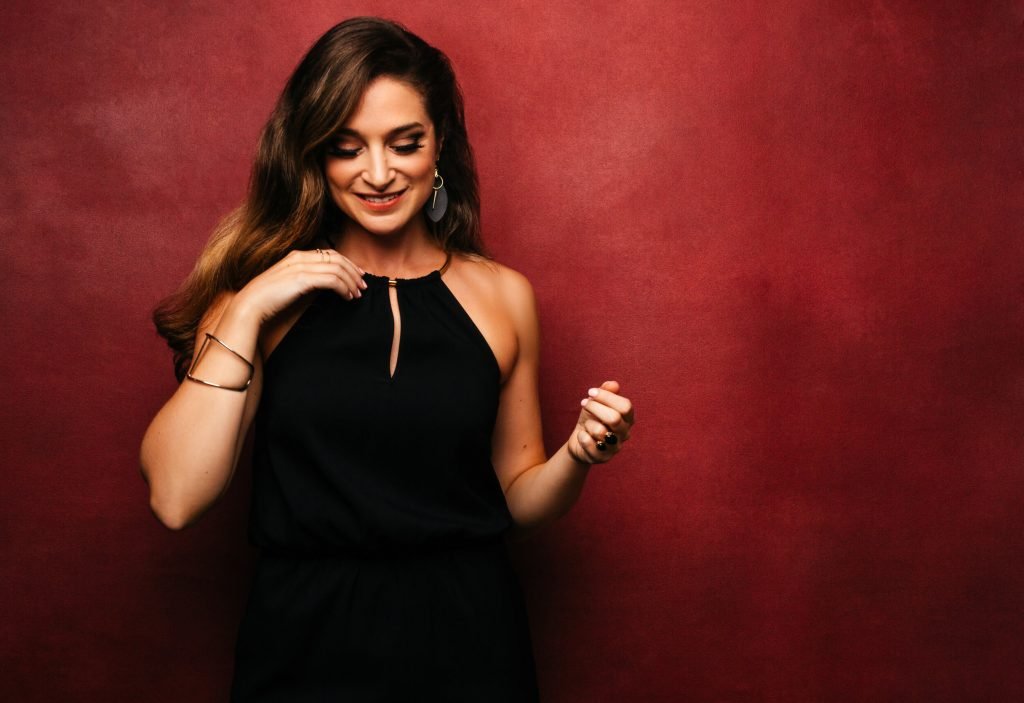 At this year’s Northwest Jazz Festival in Historic Lewiston, NY, rising star and acclaimed jazz vocalist, Corinne Mammana, will make her festival debut on Saturday, August 27th. The Pennsylvania-based vocalist has garnered acclaim from JazzTimes, Downbeat, and other notable jazz publications. During the height of the pandemic, she creatively streamed performances in duo settings that showcased her musical arrangments and expanded her reach in the region.

Praised by JazzTimes for “superb technique”, American jazz singer, songwriter, arranger, recording artist, and bandleader, Corinne Mammana, is passionate about preserving the music of the past while placing her own personal spin on the American Songbook, as well as popular tunes from the past few decades.

With creative arrangements sung in a sophisticated and soothing style, fans have described Mammana’s voice as a cross between Norah Jones, Jane Monheit, and Stacey Kent. She will arrive at the festival a day earlier to personally catch Stacey Kent’s performance on Friday evening.

Her debut EP “Under an August Moon” (2016) received national praise and an interview with AXS who said, “Mammana loves the music of the past, but she just might be the voice of the future.” The EP celebrates the Great American Songbook via a four-song collection of jazz standards from the 40s and 50s and contemporary songs.

In 2019 Mammana opened for Grammy-nominated jazz singer Cyrille Aimée. In New York City, Mammana has performed at  Birdland Jazz Club, the Metropolitan Room, and the Duplex Cabaret Theatre. She has also performed at Philadelphiaʼs Chrisʼ Jazz Cafe, the legendary Deer Head Inn, Musikfest, and countless other regional clubs and concert halls. Self-produced concerts include Jazz in the Christmas City, The Golden Age of Radio, and The Norah Jones Songbook Concert—all to sold-out audiences. Most recently, she has programmed and sold-out a “Jazzy Disney” where she has reimagined classic Disney songs into jazz arrangements.

Mammana will be performing a program from her repertoire that features songs from her albums, a few Disney-inspired tunes, and new originals she will debut at the festival.

Mammana’s much anticipated first full-length album “Yes, No, Next” was released in April 2020 featuring the legendary Gene Perla on bass, Ian Froman on drums, Sean Gough on piano, and Lorenzo Branca on flute and harmonica. The album includes reimagined standards, originals, modern songs, and show tunes featuring arrangements by Mammana and Perla. Mammana believes, “the album represents the unique and wonderful gift we have every day when we wake up in the morning—the opportunity to start anew—to be the person we want to be and perhaps even change our path. My hope is to inspire this in my listeners through this music.”

Acclaimed bassist Evan Gregor and pianist Sean Gough will be joining Mammana on the stage at the festival as well as the notable jazz drummer, Adam Nussbaum.

Corinne Mammana will make her Northwest Jazz Festival debut on Saturday, August 27th at 1:45 pm on the Main Stage located at 4th and Center Street. Seating is free in front of the stage for this concert and families are encouraged to attend!