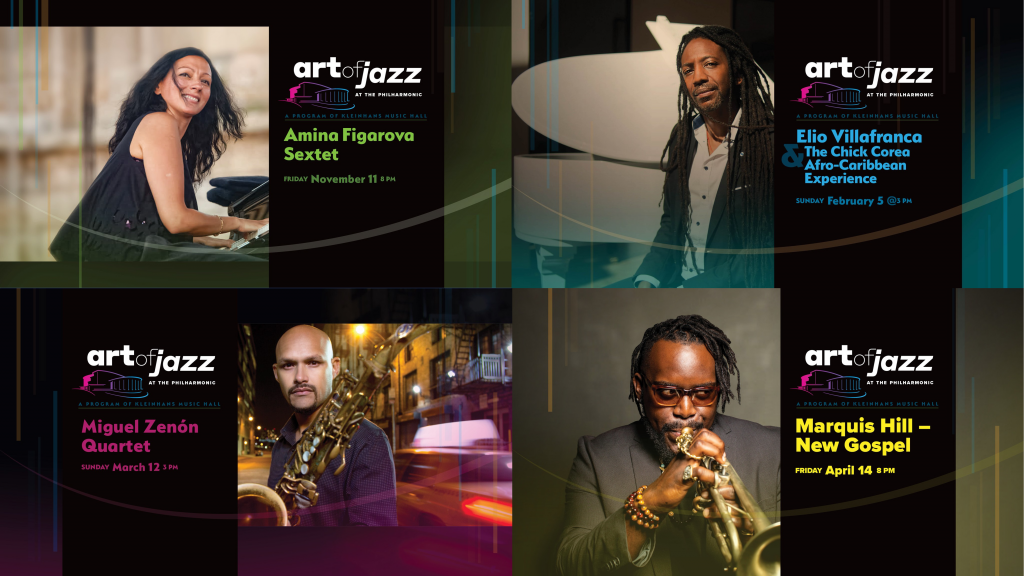 The Art of Jazz Series is curated and produced by Tony Zambito.

Hailing from the country of Azerbaijan, the New York-based Amina Figarova is an internationally recognized composer, pianist, and bandleader. Those three roles come to the forefront in Figarova’s sextets, bands with remarkable chemistry that brings her detailed arrangements to life. Every member of the group stands out as a first-rate individual, but their dedication to Figarova’s eclectic and powerful compositions gives the group its depth of feeling and elite status. The Amina Figarova Sextet has been a hit at major festivals like the Newport Jazz Festival and New Orleans Jazz and Heritage Festival as well as jazz festivals throughout the world.  For 20 years, from the groundbreaking 9/11 tribute September Suite to the 20th anniversary highly acclaimed Road to the Sun project, Figarova has been one of the most prominent composers in jazz.  For this series, Figoarava will be introducing a much-anticipated new album and project, JOY.

Chick Corea was quoted in a 2019 Billboard interview as saying, “That [Latin] flavor, I find, is mostly in everything I do; it’s a part of me.” As we celebrate jazz icon Chick Corea, who tragically passed away in February 2021, Grammy® Nominated Cuban pianist Elio Villafranca will delve into the maestro’s compositions from a distinctly Afro-Caribbean meets Jazz perspective, joined by a sextet of master musicians including Grammy winner saxophonist Donny McCaslin. 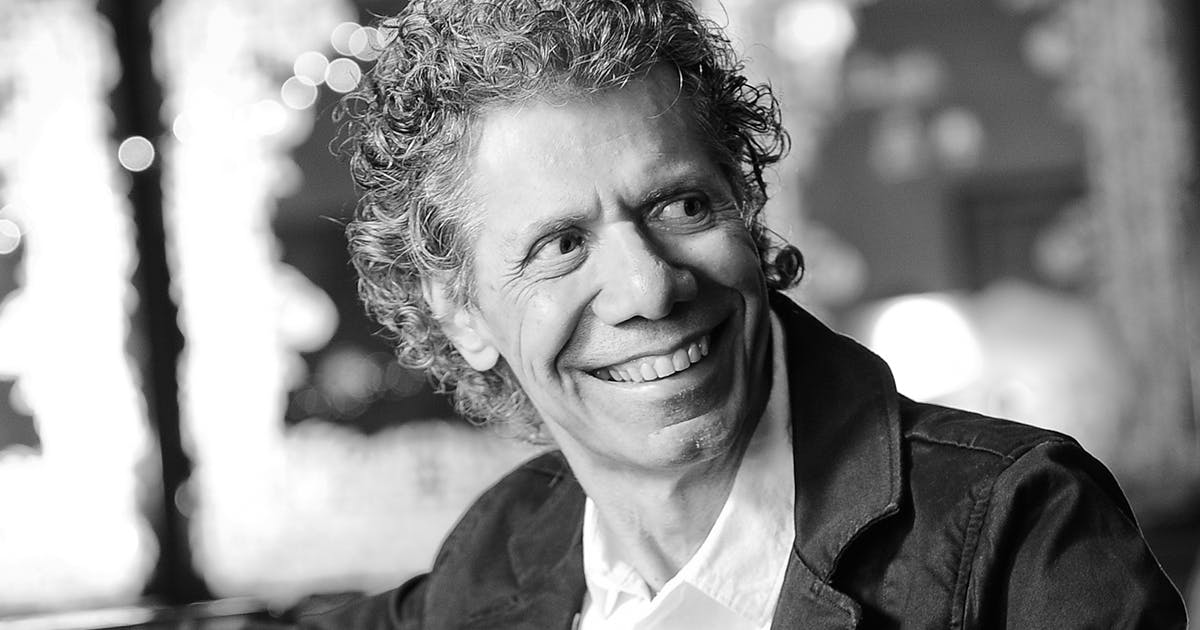 When Jazz at Lincoln Center hosted a week-long Chick Corea Festival in 2013, Chick hand-picked the musicians he wanted to see and hear, with Elio Villafranca being one of them. Chick’s masterful storytelling knew no bounds—from Bach and Bartok to the Blues, from Stravinsky to Samba, Mozart to Montunos, Ravel and Rhumba—all tempered with the language of swing with the Spanish Tinge.  The Chick Corea Afro-Caribbean Experience musical arrangements have only been performed at Jazz at Lincoln Center during two special Chick Corea tribute engagements. This concert will be a one-time-only special command performance in Buffalo!

9-time Grammy® Nominee and Guggenheim and MacArthur Fellow Miguel Zenón represent a select group of musicians who have masterfully balanced and blended the often-contradictory poles of innovation and tradition. Widely considered one of the most groundbreaking and influential saxophonists of his generation, he has also developed a unique voice as a composer and as a conceptualist, concentrating his efforts on perfecting a fine mix between Latin American Folkloric Music and Jazz.  His projects have consistently topped the Downbeat Critic’s Poll.  Born and raised in San Juan, Puerto Rico, Zenón has built a distinguished career as a leader.  Composing and releasing twelve albums under his own name.  For this Buffalo appearance, Zenón will introduce a new album, Música de las Américas, that follows the groundbreaking Grammy® nominated album, Sonero: The Music of Ismael Rivera.   The album is sure to be another Grammy-nominating project with his long-tenure quartet that includes award-winning pianist extraordinaire Luis Perdomo.

New Gospel Revisited is the most recent musical project from the fearless and formidable American composer and trumpeter Marquis Hill. It involved the capturing of a live recording that revisits and reinterprets his debut 2012 album New Gospel, this time round employing a band of super-heavyweight musicians.  Marquis Hill’s rise over the last few years has been striking and there’s no letting up. Since winning the prestigious Thelonious Monk Institute Jazz Composition award in 2014, he has demonstrated full command of his art and built a reputation for synthesizing what he describes as the essential elements of the Africa-American creative heritage including contemporary and classic jazz, R&B, and neo-soul. New Gospel Revisited, is an extraordinary project that reimagines his debut as a leader, a new focus, and a sharpened ear as a bandleader, composer, and performer.  Hill has garnered glowing coverage of his compositions in outlets like the New Yorker, the New York Times, JazzTimes, NPR Music, and DownBeat, where he topped the “Rising Star– Trumpet” category in the 2016 Critics Poll.  He has also supported with compositions and guested with a jazz who’s who that includes Marcus Miller, Dee Dee Bridgewater, Kurt Elling, Joe Lovano, and Hill’s trailblazing Chicago peer Makaya McCraven.  Hill makes his exciting debut performance in Buffalo on this date.