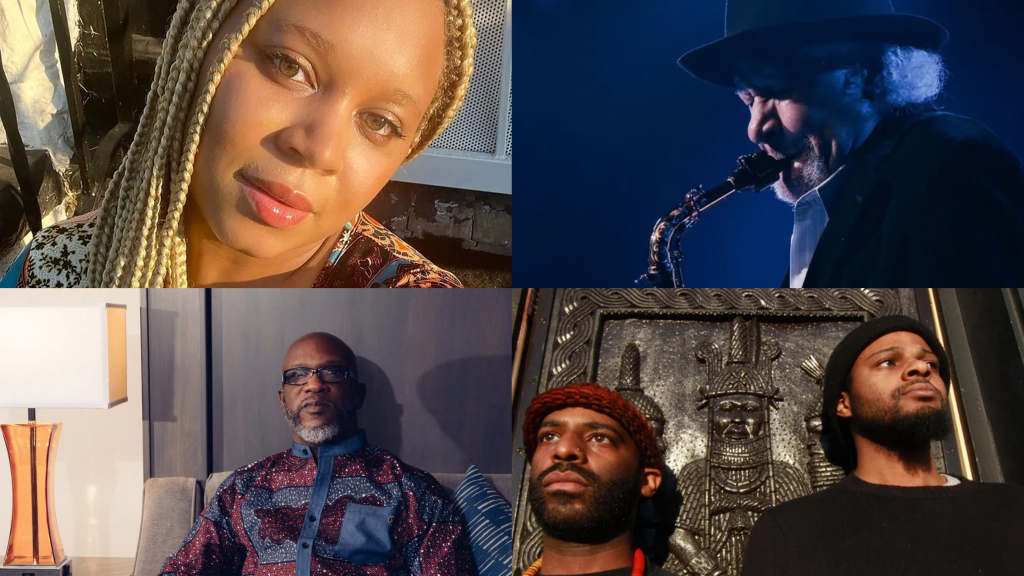 The four concerts will also feature Walter Kemp 3 and Sehrea N’Dayu as follows:

For more than two decades, Yamaha pianist Orrin Evans has made an art form of the unexpected. With more than 25 albums to his credit without ever relying on the support of a major label, Evans has become the model of a fiercely independent artist who’s made a habit of rattling the jazz world’s confining cages. That determination has paid off in accolades like topping the “Rising Star Pianist” category in the 2018 DownBeat Critics Poll and two Grammy nominations. As a daring pianist, Evans combines raw-edged vigor and left-field nuance into a sound wholly his own. As an adventurous composer he traverses stylistic boundaries with abandon, drawing on full-throttle swing, deep rooted blues, expressive soul or bracing excursions into the avant-garde. As an audacious bandleader, he delights in daring fellow musicians to take bold risks, whether in mutable small group settings or his raucous Captain Black Big Band. As an inventive collaborator, his projects range from the nerve-rattling collective trio Tarbaby, to the guitar/piano duo project Eubanks-Evans-Experience, and Brazilian project Terreno Comum.

Blacks’ Myths is a duo from Washington, DC comprised of Luke Stewart on bass and Warren G. “Trae” Crudup III on drums. The group’s latest, ‘Blacks’ Myths II’ collects thirteen tracks from a marathon recording session in the summer of 2019.
Two of DC’s most active and versatile musicians, Stewart and Crudup build symbiotic rhythmic pieces by locking into something both hypnotic and free. Their collaboration is redefining the rhythm section by dismantling its tropes and injecting unpredictability as well as a sense of vibrancy and freedom. The group’s debut, Blacks’ Myths (Atlantic Rhythms, 2018), established a space for ambience and eruption, building hypnotic rhythmic structures and exploratory soundscapes.
“On Black Myths, Stewart and Crudup craft evocative, Afro-futuristic grooves, frequently disrupted by eruptions of feedback dissonance or languid soundscapes.” — Down Beat Magazine

Viscount-endorsed artist Walter Kemp 3, lead composer/pianist for the award-winning ensemble Black Whole, experiments with traditional chord progressions and has collaborated with various musical greats like Juini Booth and Rey Scott, of Sun-Ra’s Arkestra, Bobby Militello, (Dave Brubeck), and Sabu Adeyola (Ahmad Jamal). As a highly-sought professional in the progressive music scene, Walter is the youngest musician, in more than three decades, to serve as Artistic Director for the CMC Jazz Festival. He teaches jazz studies at Villa Maria College.

A native of Baltimore, Gary Bartz ventured to New York City to attend the Juilliard School in 1958. At the time, performers such as Thelonius Monk, Ornette Coleman, and Miles Davis were playing at Birdland and the city’s other premiere clubs every night, and Bartz regularly snuck in to see them.

In the 1960s, Bartz joined the Max Roach/Abbey Lincoln Group and the Charles Mingus Jazz Workshop, quickly earning a reputation as the greatest alto saxophonist since Cannonball Adderley. In 1965, after meeting the group at his parents’ nightclub, Bartz joined Art Blakey’s Jazz Messengers and recorded Soulfinger, his recording debut. Around the same time, he began working with McCoy Tyner, and their relationship deepened the influence of John Coltrane on Bartz.

In 1970, Bartz received a call from Miles Davis, who asked Bartz to perform with his band at the historic Isle of Wight Festival. In the same year, Bartz also formed his own group, Ntu Troop, after the Bantu word for “unity.” Ntu blended soul, funk, African folk music, hard bop, and avant-garde jazz on such albums as I’ve Known Rivers and Other Bodies, based on the poetry of Langston Hughes, as well as Music is My Sanctuary, Love Affair, Another Earth, and Home.

Overall, Bartz has recorded more than 40 solo albums and over 200 as a guest artist. More recently, he released Coltrane Rules: Tao of a Music Warrior, Live at the Jazz Standard Volume 1 and Volume 2, and several others, on his own label, OYO, which is named for the Nigerian tribe and the acronym “Own Your Own.” He was also spotlighted in the “Blindfold Test” section of DownBeat magazine in January 2008, and he continues to perform with McCoy Tyner in such cities as Tokyo and Los Angeles.

A 2-day festival pass is available for $90 and can be purchased at this link: CMC Jazz Fest 2-Day Pass

More information and individual concert tickets can be found at this link: CMC Jazz Fest Shows