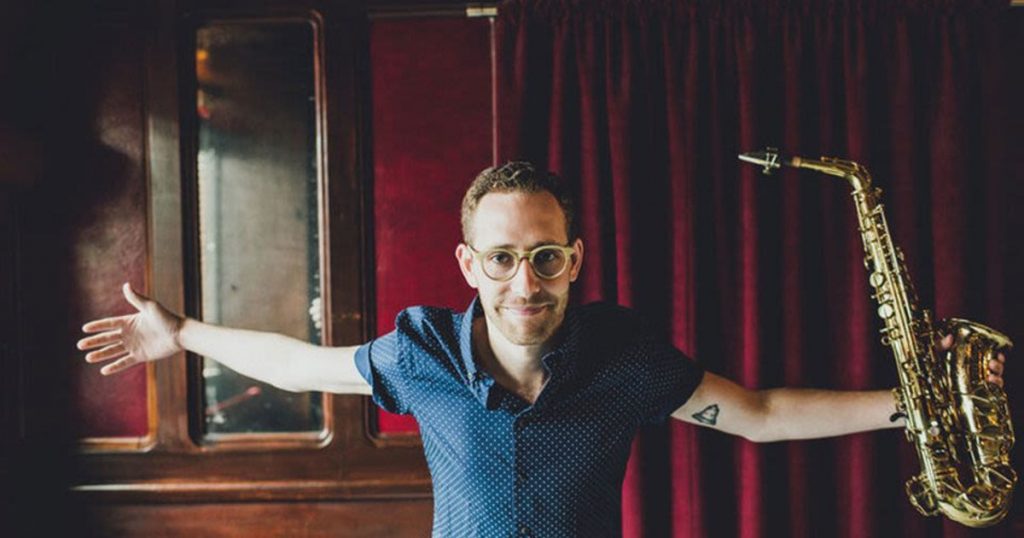 For many jazz fans throughout the world, Duke Ellington is regarded as one of the most influential composers and arrangers of the 20th century and in jazz history.  There isn’t a day that goes by where an Ellington tune is not being played somewhere on this planet.  The “Ellington” sound from his orchestra had a definable tone that people came to recognize instantly.

A big part of the Ellington sound came from the alto saxophonist Jonny Hodges.  When Hodges was featured, his tone rose above the full music of the orchestra.  In addition to playing and recording with Ellington, Hodges played and recorded with smaller groups.

In Owen Broder’s latest project, Hodges: Front and Center, he taps into the sound of Hodges and pays tribute to his sound as well as adventures with small groups in the 1950s.  Broder aims at capturing the unmistakable swing that can be found in the music of Johnny Hodges.  Two tunes that exemplify this on Broder’s Hodges: Front and Center album release are “Royal Garden Blues” and “Take The ‘A’ Train.”  Close your eyes and listen to “I’m Gonna Sit Right Down and Write Myself a Letter” so you can catch swing fever and be taken back to an era of when letter writing meant something.

Owen Broder’s alto sax playing does not attempt to mimic Hodges but lets audiences embrace his own unique tone.  The arrangements swing and the exceptional players swing right along.  The album bridges the sounds of Ellington/Hodges with modernity and is well worth a listen.